Are you familiar with the story of Oblio, the round-headed boy born to the Land of Point? 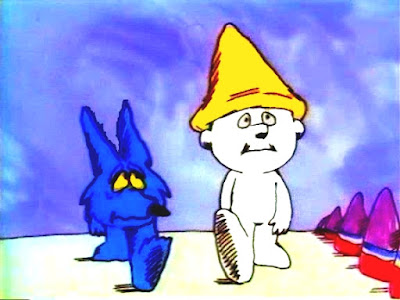 In the Land of Point, everyone has a point, quite literally, on the top of their heads.

Oblio is born with a round head, and as such there is no point to him in the eyes of many.

Eventually, due to a peculiarity of circumstance, Oblio is banished to the place where everything with no point goes...The Pointless Forest.

It is in the Pointless Forest that he encounters strange people, curious creatures, and unusual, um, points of view. He discovers that everyone, and everything, has a point of some kind, even a seemingly pointless boy like himself.

"Why, the point is to have fun!"
-Man With Something To Say, But No Point To Make. 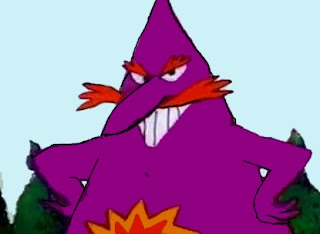 Thank you Man With Something To Say, But No Point To Make. Your uncanny insight, and astute observations have revealed a grand epiphany!

OK, no. They haven't. This oft heard, and oft read response is apropos of nothing.

Lots of things are fun. All hobbies are, by the sheer fact that they are partook of, fun in some capacity. That tells me nothing.

"There are as many points to gaming as people who play.
Everyone has their own point for why they play."
-Man Pointing In Every Direction At Once.

Thank you Man Pointing In Every Direction At Once. Without you I would be directionless in my attempt to seek an answer. Now I know to look everywhere. Everywhere at once. Gee, thanks. 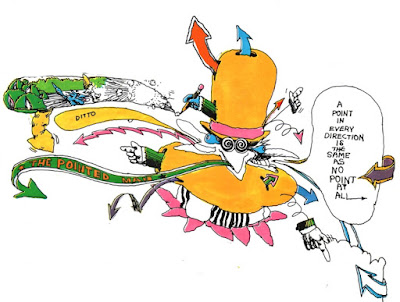 Where would you like me to punch you? How about everywhere at once? How does that sound?


Still, hold on a moment. This pointless statement may have some truth to it after all. Perhaps it is saying we all make or have our own point as to why we game. I shouldn't look
to another to answer my question, but rather create my own answer.

Why do I do it? What's the point for me?

I've spent much of this month in an existential quandary you see...

I love gaming.
My favorite part of gaming is being a Gamemaster.
I've Gamemastered some good game sessions over the past year.

I am not happy with my gaming.

This past weekend I tried running one of my dream RPG game projects. It's one which I had planned out some 20+ years ago, but never got a chance to run.

I did quite a lot of prep work for it. I modified some maps, did a lot of research, put together record sheets of characters (both PC and NPC), designed some other elements (along with creating and/or modifying artwork for them), and reworked a game system to fit the setting.

It didn't go over well.

I know why, and I know that it was partially my fault. As I often do, I chose a setting with too big a buy-in, expected people unfamiliar with it to want to explore it, get to know it, and hoped that I could introduce the various elements in a slow trickle that would get them wanting to go further.

I didn't do a good job of it. I also don't really have the kinds of players I would need to make it happen. I should have known that. I should've expected as much. This isn't our first rodeo. I know how they are.

I let my excitement over the opportunity of running a setting I love overwhelm the cynical, paranoid part of my brain that should absolutely have known better.

Why do I do what I do? Why are RPGs my favorite thing? Why aren't I watching sportsball, going to bars, or watching reality TV like the rest of the axe-wearing, alcohol swilling, slow witted masses of male humanity?

I have to do this. I am a gamer, but even more so I'm a creative type. I went to an art high school. I've been reading, and writing Science Fiction since I was six. I have built worlds, studied technology that may never exist, and reasoned out the unreasonable nature of faerie folk.

All I want to do is create something awesome, and share it with a group of people interested in the same things. I want to take my ideas, mix in their ideas, and tell a story. I want to have people who want to hear that story, to add to it, to see where it goes.

I am frustrated by endless second guessing, a lack of attention to what is being presented, presumptions instead of discoveries, and experiences. I miss making something my players love receiving, and that I loved making for them. I want to see the looks on their faces when they realize I've incorporated their own ideas into something I used to surprise them.

The point is I once had Nirvana. Shangri-La. I once created works of art, with the help of other artists, who appreciated what I did.

I'm not sure I have that, quite that way any longer.

If I don't, and I can't make magic that will dazzle, exhilarate, and fascinate my audience...well then really...