We Need No Longer Fear The Banana

September is shaping up to be a busy month, and it's just getting started.

In addition to the increase in business due to the change in seasons, I am also experiencing an unexpected increase in the number of gaming sessions I have been, and continue to be, involved with.

This is good, though the combination of real life and hobby activities to this degree can be exhausting.

The reason for my post today is related to a game I recently played that, honestly, I wasn't sure I was going to enjoy, a TV show I thought I would, and did, and the odd relationship between the two. 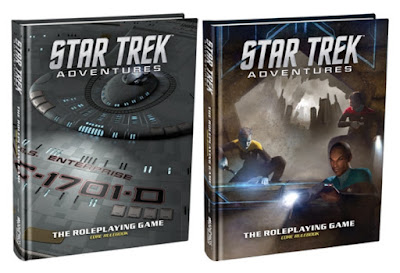 Well over a year ago, Modiphius Entertainment announced they were releasing a brand new, official, Star Trek Role Playing Game, to be entitled Star Trek Adventures.

I was extremely excited for a number of reasons, not the least of which was my love of gaming in the Star Trek universe. If that weren't enough, I found out a friend of mine had gotten a job with Modiphius, and a few of the people who'd worked on previous Star Trek RPGs would also be involved.

Before long I was signed up for the play test, and in conversations with some of the fellows in charge of Star Trek Adventures about submitting some adventure proposals, or supplemental material.

Then I read the rules.

I was crushed. I did not like the game. To be more precise, I didn't really understand how it worked. I got the basic mechanics, but there was all this other stuff that seemed confusing and unnecessary bolted on. I found some of the 'gamespeak' terminology hard to recall, and came away feeling like I would not be able to run it.

Overall, I was very disappointed, and kept up with the product only because it is Star Trek-related.

Time has passed since then, and the game has been released. It is quite successful in fact, and the final product (which I have yet to purchase as of this writing) looks very slick, and impressive.

My friend Keith, the regular GM for our Google Hangouts group, had similar feelings about the game. As is often the case with Keith (much to our group's benefit), he can't give up on a when game he feels strongly that he should like it.

A few weeks to a month ago, Keith revealed that he had a really cool idea for a Star Trek scenario, and wanted very much to run said scenario using the Star Trek Adventures game. I thought it was a great opportunity to play it as a player, and perhaps learn how it worked from someone who understood it's bells and whistles better than I.

We ended up making characters one week, and playing it the next. There were three players - Mark (as a Human Science Officer named Lt. Commander Sprigg), a really nice fellow from Germany named Frank (as Human Engineer Lt. Commander Bush), and myself as First Officer/XO (an Andorian Command officer with a Security background named Commander Ch'Halor Thel). 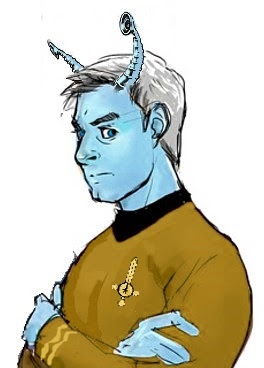 While our ship was set to be the Constitution Class USS Excalibur (repaired following severe damage and the loss of all hands during a battle with the M-5 Computer equipped USS Enterprise in 'The Ultimate Computer'), we began with an adventure from the published materials in which our group crashes in a shuttle on route to rendezvousing with our vessel.


From there we (the players and GM alike) had a rollicking good time, as we proceeded to respond to a distress call from a Starfleet Research Outpost, encountered what may have been devolved scientists, and dealt with the planet's treacherously rocky terrain. The combination of mystery solving, fighting opponents, and navigating through the environment gave as all a good idea of how the rules functioned.

Combat was interesting, with some cool options once we figured out exactly what they were, and how they worked. This was a good example of how the wording in the book was a tad unclear. Thankfully Frank (who was more well versed with the Modiphius 2D20 System than the rest of us) was able to clarify the mechanics. Once I understood it, I liked it a lot.

Frank was a great addition to the group, partially for his greater handle on the rules, and partly for his role-playing, and characterization style, which was simultaneously light-hearted yet he maintained the seriousness of the situations we were in. His portrayal of Lt. Commander Bush was often humorous, but never goofy, or over-the-top in a way that broke immersion.

This got me to thinking...although I am unlikely (at the point as least) to use Star Trek Adventures to run Star Trek over my preferred LUG/ICON System version, I might use it to run another television project focused on adventure, and space exploration. 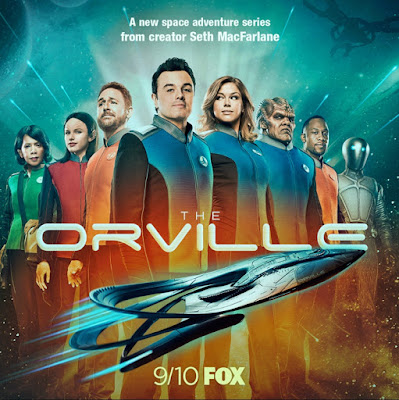 I am waiting until at least the first three episodes air before I dedicate a thorough post to the show, but I did see the premiere of The Orville, and yes, I did like it. I liked it a lot. It was fun, it had some good characters, neat ideas, and awesome design work (you gotta love that ship!).

Most importantly (to me at least), it got me thinking about running an Orville-style game. A Star Trek game with the setting safeties off, and an attitude more in line with...with...well, with the way most people play Star Trek-style SF games. Star Trek Adventures unique blend of setting appropriate abilities, but occasional 'it-works-like-the-TV-show' mechanics seem like a perfect fit for this type of game.

I am curious to investigate both the Star Trek Adventures game, and The Orville series a bit more. Who knows where this may lead?