I'm kind of disappointed that my last post hasn't received more attention. It's not ground breaking or earth shattering but I thought it was good. Oh well.

I have a number of things I want to post about, and soon, particularly the final recap of our awesome first session of Star Trek and a recap/review  of our somewhat lackluster second episode. It was not terrible but not wonderful. It was only OK, and I'd love to tell you why and what I've learned about my style, my players and running Star Trek for the Voyager/Enterprise generation. 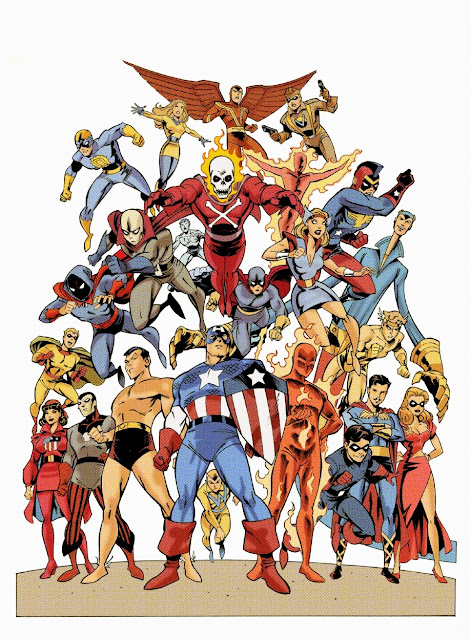 Some weeks back, my new favorite source for things-that-make-me-think-about-how-I-game, the Play on Target podcast, dedicated an episode to Superhero RPGs. Ever since I listened to it (three times now), I've wanted to comment on it but I'm not certain what exactly I want to say or perhaps where I want to begin.

I was given a shout out in that episode in regards to my feeling that the basic mechanics and crunch of Champions are really not all that complex.

I've said before several times that my love of Champions makes no damn sense. I despise math and really don't like games with a lot of complicated rules. This would seem counter to a love of the Hero System that powers Champions. At the same time, I was taught Champions by an absolute master of the games who knew the system like the back of his hand and than some.

Gone are the hexes, grids and miniatures and all such elements that, IMHO, are wonderful for war games and absolute anathema for Supers. To drag out play or slow down Supers with cumbersome mechanics is to induce boredom, the ultimate nullifier. No way Lightray. 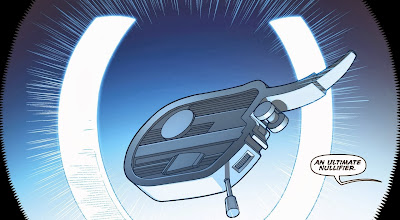 When  Will and I run Champions, most everything is simplified. Range is determined by figuring out how big a hex was supposed to be in measurements of real distances. It was no longer a question of how many hexes away an opponent is but rather, here's a crazy thought, how far away in normal person talk.

Overload: "I'm taking a pot shot at Road Rage with my rail gun. Can I hit him from here."

GM: "Not sure...his vehicle just took off but it's already about (looks at sheet where distance is written in feet) 300 ft. away."

Overload: "No problem. I transfer the kinetic energy I absorbed last phase to my gun. (Looks at sheet where range is written in feet) I reach him easy."

It has been my philosophy for many years now that most RPGs are overdeveloped. In the belief that we need a modifier for any and every contingency, from targeting an opponent through heavy fog to running with a stubbed toe and a mild head cold, game designers weigh otherwise awesome games down with unnecessary rule baggage. Shift through the less useful elements, weed out the impurities and you are left with gaming gold.

This is surely true for Champions.

"But Adam", I here you say, "doesn't that change the fundamental nature of the game? Are you still truly playing Champions?".

Good question. My good answer is both yes and who cares.

Is 4th Edition Champions any more or less Champions than 6th or 2nd for that matter? Call what I do Champions Lite or Champions Plus is you wish but it's still Champions. Character creation doesn't change, neither does the attack and defense mechanics really and all the combat moves remain the same. It is most assuredly Champions, just faster.

The possibility of more Supers coming up soon - the kids at the learning center and I are trying to come up with a new regular game after numerous holiday season one-shots.

Posted by Adam Dickstein at 9:39 AM