D is for Distant Soldier Herakles 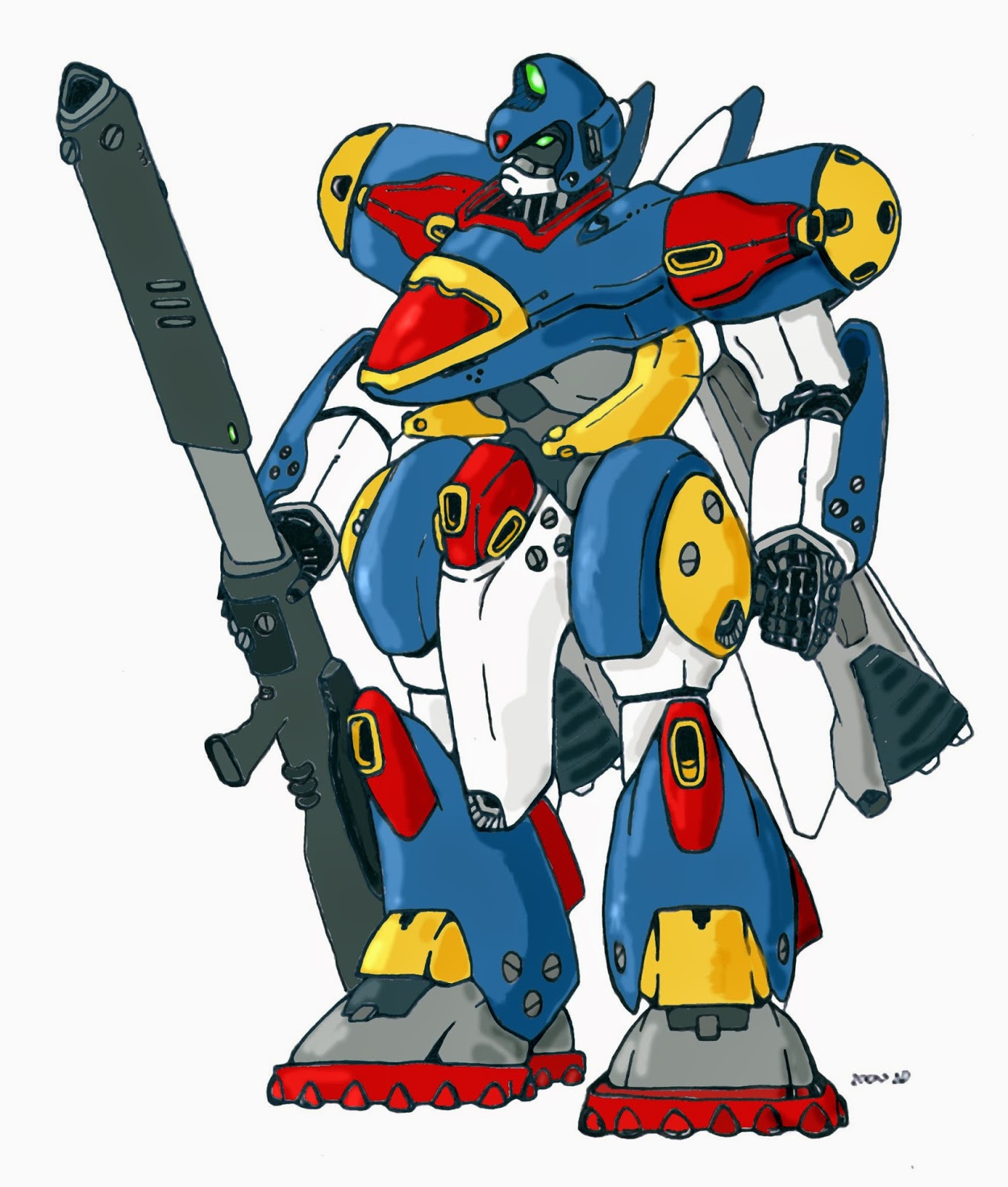 The title mecha, the OCA-X10DS Herakles
with Thruster Pack and Rail Gun Rifle

Characters: All but two PCs were Mecha Pilots serving the Outer Colonies Alliance, a group of off-world colonies set up by the Earth but now banding together to seek their independence.  One PC was their Mechanic/Engineer and one was a sort of Politican/Bureaucrat doing shady dealings with the mercenaries, pirates, OCA sympathizers in the United Terran Space Government (UTSG) to keep the fledgeling rebellion supplied and protected. 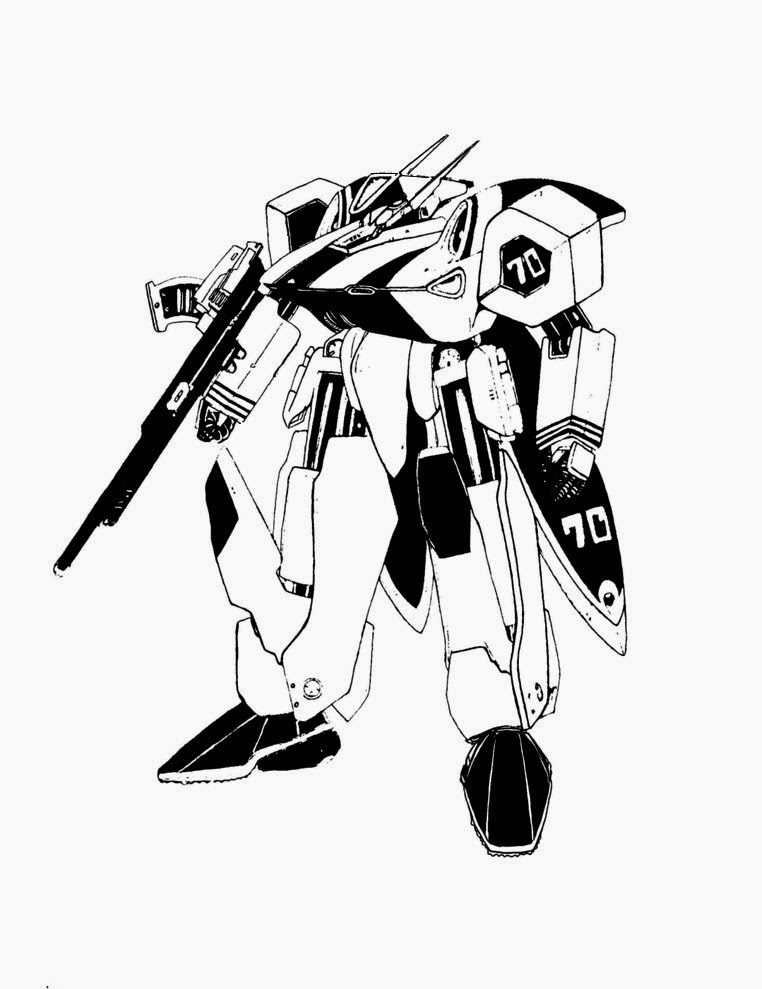 The UTSG-AST9 Harpy
A Transformable Aerospace Mecha
Markings indicate it's from the 70th Squadron stationed at Pollux.
Above, Soldier Mode. Below High Speed Flight Mode.

Synopsis: In the late 22nd century (originally 2189 I think), the United Terran Space Government and many of it's most distant colonies are at war as the latter attempts to gain it's independance from the former.
Wrongs in the conflict have been perpatrated by both sides and eventually a cease fire is called to negotiate a peaceful settlement. Unfortunately, the peace talks are a ruse, and a young Terran pilot, learning that the UTSG intends to strike hard at the OCA while their leaders are arrested at the bogus negotiation meeting, steals the prototype UTSG 'Distant Soldier' Mecha codenamed 'Herakles'.
The young pilot convinces his friend, a Harpy pilot, to assist him in saving the Outer Colonies Alliance leaders and forces and join him in eventually defecting to their side. He and his friend are labelled traitors and ruthlessly hunted by a female UTSG politican who wants them dead but the Herakles robot returned as intact as possible.
Many of the adventures and plots were based on or at least inspired by Greek Mythology, crossed with classic Japanese Anime space-war-soap-opera such as Mobile Suit Gundam or Macross. The technology of the Earth and it's colonies was akin to Blade Runner or the fairly recent Sci-Fi film Elysium.
Distant Soldier: The Twelve Labors War focused on a mission in which the UTSG had set up 12 different 'secret weapons', hidden in various facilities in different star systems. The team of PCs had to destroy the 12 items or devices or whathaveyou before the UTSG could begin putting them into action. One wasn't an item at all but a young girl with vast psychokinetic powers who was brainwashed into being a sleeper agent.
Be Forever Distant Soldier revisits the setting 5 years after the end of the original campaign. The Herakles (upgraded during the series to the Herakles-Champion) and it's pilot (PC) are stranded on a planet inhospitable to Humans with limited resources, including food and air. In flashbacks we learn that the war is over and what happened to everyone.
In the final 'scenes', the female pilot of the Harpy (also upgraded to the Harpy-Zephyr), now the captain of a starship in the Outer World Confederation fleet, detects the distress call of her marooned long time friend. As he begins to pass out from lack of oxygen and sends a farewell communication into the stars, the woman's cruiser pulls into orbit and launches a rescue shuttle.
End credits roll. Totally Anime.
Bonus Features: I loved building, and customizing Gundam model kits back in the day, so I built, and painted several as 'minis'/props for the game. I later lost, or sold most of them.
This is another campaign with a theme song. Several in fact. I don't recall any of them except for the closing to Be Forever Distant Soldier (at least part of it).
Be forever my distant soldier.
Be forever my distant soldier boy.
Be that one in a million.
Be the one that made it out alive.
Don't be the one who went down fighting.
Don't let only your memory survive.
Don't let them say he went out a hero.
Don't let them say in the end he was so brave.
Be the one that knew when to call it.
So at least yours was the life you saved.
Well, I don't know if they told you,
But you'll always be forever my distant soldier.
The one I'll hold so tightly,
The I one I pray for the gods almighty,
To bring home.
To bring home.
AD
Barking Alien
OK, so far so good. I can do this. I can make this challenge work. Go me!
Posted by Adam Dickstein at 11:41 PM