September 11th is always such a sad and somber day. I am really grateful (not a word I like or use lightly) to have the very next day always represent such happiness over the last 7 years or so.

September 12th is my best friend's birthday. And here she is... 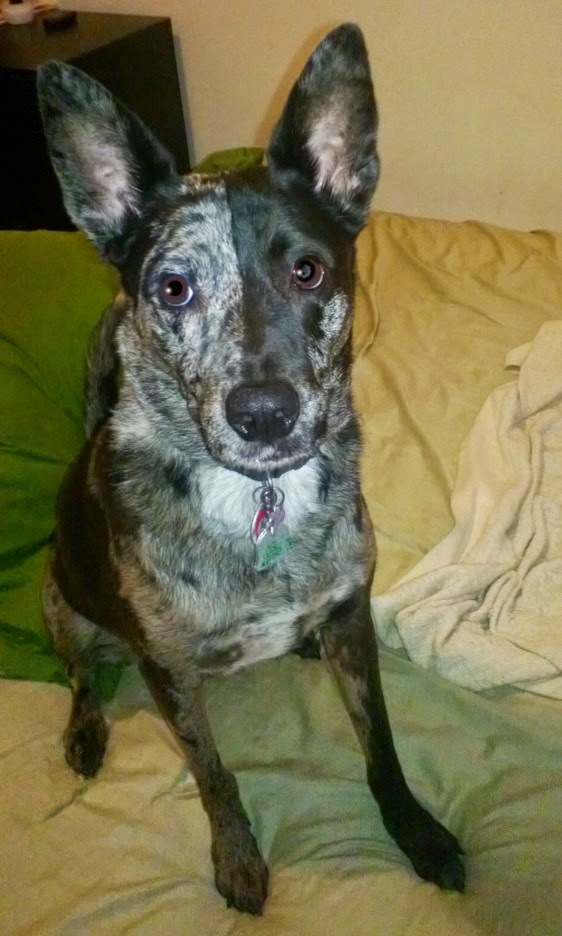 My dog, Delilah! Obviously half-Vargr* and half-Cheronian* (She's black on her left side. Don't you see? All her litter are black on the left side!), is the most amazing child, friend, pet, and companion anyone could ever have. She is 7 years young today, and she's been with me since she was 4 months old. This is her, "Dad, this is so embarrasing" face.


***
Now then, a number of people mentioned one key element about making a split party work, or not, and I'd like to address that topic, and, hopefully, turn it on its ear.
Many people noted communication as being perhaps the most important thing a split party needs to function well.
The always vigilant Lord Blacksteel says:
I don't totally disagree with you but sci-fi/modern games tend to be quite different, not the least of which is the ability to stay in constant communication with one another, which the typical D&D party lacks. There's also the ability to teleport to someone's aid (possible with both Trek and Supers) or to simply fly at ridiculous speed to wherever something is happening. Fantasy characters may have some ability to do this but it's not usually as easy as it is in other settings.
The Keeper of the Tower of Zenopus speaks true! Chris C adds:
...I see what you meant in your comment over at my post regarding system and type of game now. It's true that if you have PCs that can communicate with each other when split, and/or who can get to each other very rapidly, then splitting is not at all the end of the world. Like you say, it's far more of an issue in games that are combat-heavy and/or where large numbers of baddies can come out of the woodwork and suddenly hit you when you least expect it.

It seems to me that PC communication is the key.
There is great wisdom here. From the modern era to the distant future, where easy access to rapid communication (and to a lesser extent travel) is available to the PCs, splitting the party makes a lot more sense than it does in say, Medieval Fantasy.
It's easy to conclude that while viable in Champions, Leverage, Marvel Heroic, or InSpectres, it might not be a good idea (or even possible) in Dungeons & Dragons, Ars Magica, or even Gamma World (which is often depicted as having an overall medieval level of technical advancement aside from rare artifacts of advanced design).
Well... 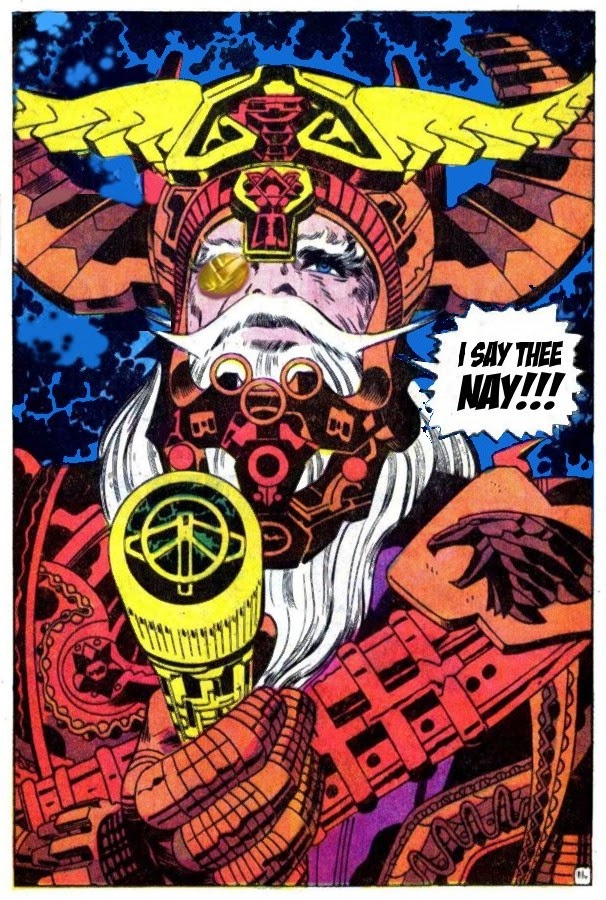 Watch out, it's another long one.
Let's flip our thinking for just a moment.
Up until now, the idea was that splitting the party can benefit the party by enabling them to cover more ground while investigating, fight to cover physically less capable members while said members search for some clue/means of escape/important item, or to generally reflect the genre (wherein characters in novels, films, comics and other media split up. They just do).
We also covered (albeit briefly) the idea that being versatile enough to pull it off as a GM makes said GM look good (GM Mojo), and gives the impression that their world is open and the PCs aren't stuck following rails to their inevitable destination.
But what if...what if it were necessary but not really a good idea? What if it happens accidentally? What if you're players, being players, decide to split up the group for whatever reason seemed brilliant at the time but in actuality wasn't.
Many GMs would simply not allow it. Many would 'teach them a lesson' and invoke grudge monsters to show them what happens when you defy the mighty GM! >Flash - Thunder - Muhuwahaha!<
Maybe that's the way it's done in Wisconsin but this is New York. Lemme show you how we do things downtown...
(Yeah, that made absolutely no sense. Anyway...)
Sometimes the PCs just want to separate and/or you want to let them. I'd like to think you (the GMs out there) just don't have that gut reaction/reflex that sees it as automatically bad or unworkable. Honestly, if this 'series' of posts accomplishes anything I really hope it's getting rid that instinct.
OK, so how do you make this fun, manageable, and down right scary. Yep, scary. See, we're going to do it D&D style, with no easy communication or travel abilities. Put away your Comlinks and turn off your Telepathy. We're splitting the party old school.
(OK, I just spent five minutes trying to use online, random dungeon generators to generate a dungeon map for use in my example scenario. Great Googley Moogley! ALL SO BORING. Seriously. How do you guys and gals use this stuff. So square, plain, and monotonous. *Shiver* Alright. Different approach. I never really use dungeons anyway...)
Let's say our party consists of Coopermoon, a Dwarven Thief, Gestral, a Human Ranger, Promelia, a Human Cleric, Ronaland the Green, a Human Druid, and Windgriffon, an Elven Warrior/Wizard.
The party has been asked by the lord of a popular port city to investigate the ruins of a small keep North East of the port. Sailors and townsfolk alike have seen strange lights in the vicinity and odd figures lurking around on the nearby beaches at night for ages. Recently, a number of ships were attacked by pirates who headed off in the direction of the keep but soon vanished into the morning mist. Just a few days prior to the party's arrival, a small group of fishermen disappeared.
When the party arrives in the area, having travelled North East up the coast by land, they see an old shipwreck, a number of abandoned crates overgrown with moss, and an odd set of stone stairs to their right (further East). The ruins of the keep are due North of them. 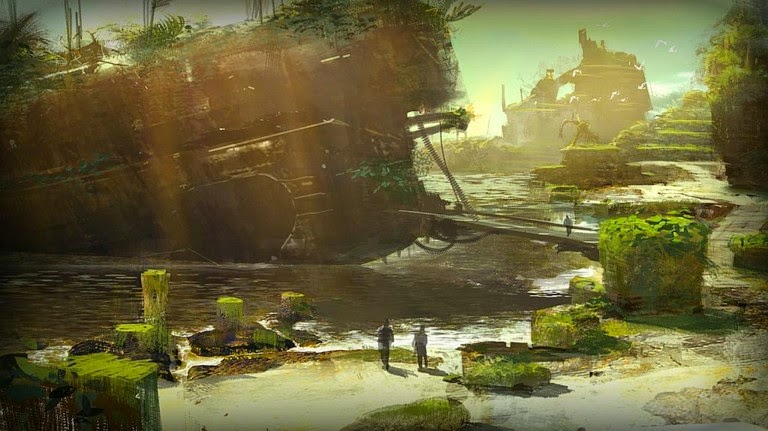 Windgriffon is the default party leader and wants to make tracks directly for the keep. Gestral the Ranger says it makes more sense to scout out their immediate surroundings first since they're there and he doesn't want someone who's here following behind the group without them knowing. Ronaland is eager to investigate the moss as he's heard this region has numerous medicinal herbs that might come in handy. Promelia is intrigued by that as well. She is also curious about the steps as they look like they could belong to some kind of ancient temple, though none was mentioned by the local lord or any of the townspeople. Coopermoon can't stop staring at the cargo. Though covered in moss, the crates look otherwise intact. The ship is fairly large and in surprisingly good shape. What was it carrying? Where was it headed?
Now at this point in the average groups' game session, the players would argue over what to do first. If they have a great leader or the group is just very in sync with each other, a direction will be decided upon in no time. If the situation is more typical, you could be there a bit, wasting time while people disagree about where to go.
Windgriffon hates wasting time, so here's his thinking. Coopermoon will check out the crates, with Windgriffon himself covering him. Ronaland will be there as well, though his focus is the moss on the crates and not the containers themselves. Gestral and Promelia, the two being an item anyway, will go up the stone stairs and take a look around. Gestral, the Ranger of the group, will therefore get to high ground, enabling him to see the rest of the party and anyone approaching from overhead.
Let's say something comes out of the shipwreck or the water and attacks Windgriffon and his group. Oh no! Gestral and Promelia are too far away to help or hear them. Well...maybe if they made a loud noise or signaled. It was not uncommon in my campaigns to use Dancing Lights or Pyrotechnics as a signal flare. An arrow, which has had it's tip wrapped in gauze, dyed a bright color, and soaked in oil, can be lit and shot for the same effect.
Gestral can certainly fire his arrow from the higher elevation down at enemies while Promelia makes her way back down the stairs. Gestral could also periodically check on the rest of the group somehow (using an animal companion or some such thing).
But what if he doesn't or can't. Well, then he can't. It's a challenge. That's the point. Splitting the party isn't supposed to make it easy for the party to survive. It's actually quite the opposite. It's a tactical risk, designed to cover more ground while leaving you open to assault.
GMs, don't be afraid to attack the PCs or feel bad doing so just because they decided to split their numbers.
The idea here is the Ronaland might find healing herbs around the same time Coopermoon and Windgriffon discover some of the crates held food and other supplies, while some others held...people. Illegal slave trading was conducted by whomever operated the now long wrecked vessel in whose shadow they now stand.
At the same time, Promelia finds a secret entrance to an underground catacomb (OK, there's a dungeon after all. Ya happy?), and Gestral spots shadowy figures in moss and leaf covered camouflage. No one gets the drop on Gestral Ronnamoor!
Bare in mind it could go any number of ways. I am curious to hear if anyone would have distributed the characters differently. The key is, there is a lot to do here but none of it is the reason they came; that would be the ruins. Maybe there are clues to what's in the ruins in one or more of these areas. Perhaps they'll find hints or keys to unlock a door, locate a treasure, or deactivate a trap. Perhaps they'll see some action with those shadowy figures.
The thing is, lack of communication has no immediate effect on this group, it's members, and what they are doing. As in many D&D RPG groups, each PC is sort of doing their own thing as part of the team.
By exploring in small groups, the PCs and the GM are exploring possibilities. It's not guaranteed to turn out OK but with practice it can be guaranteed to turn out interesting and shake up the way you handle encounters.
More to come,
AD
Barking Alien
*Yes. I am terribly geeky when I want to be.
﻿
﻿