The Start of Something Special

No, it's not the A-to-Z Blog Challenge. Skipping that this year.

Rather, my monthly group, and I - The Barking Alien Group - have finally come to a verdict on our next campaign. 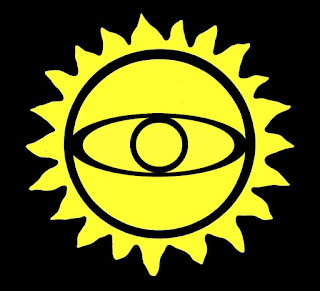 We are returning to classic Traveller with a game set in the same 'universe' as our previous one, but 20 years later.

The PC founded company from our three year long prior campaign (which ended in December of last year), The Independents Incorporated, is sponsoring an exploratory mission into the no man's land frontier sector known as The Hinterworlds. This region is not currently claimed by any known political power.

The overarching purpose of the expedition is to seek out resources, potential colonial opportunities, potential security threats, or governments hostile to the Imperium, in hopes of further Imperial interests, as well as their own.

Although technically employees of the corporation, the new PCs are free to go about their mission in any way they choose. The deal is that the more they discover, and the more useful what they find turns out to be, the more money the company will pay them.

We had a character creation session where we also discussed the relations between the old PCs and the new ones (if any), and what the individual motivations of each character are for going on this expedition.

There is some good stuff here, and a lot of potential. We are toying with the idea of troupe play, wherein each player has two characters - one that remains with the ship, and another that goes on landing party/away missions.

I'm pretty excited as I know Traveller works well for this group, those that were in the previous game loved it, and I have wanted to run an exploration game setting in The Hinterworlds for many years.

I will keep you all posted.

After reconnecting with a lot of my old friends from New Jersey, and Pennsylvania last week at the funeral for my dear friend Allen, we decided to meet for a big one shot get together sometime between now, and mid-summer. My ex-wife suggested that I run a game, and others concurred. I am deeply touched, and of course happy to do just that.

I have several ideas already (because, ya'know, when don't I?), including a prequel of sorts to the above mentioned Traveller game. Other ideas (some from requests, and suggestions) were Galaxy Quest, Star Wars, and something with giant robots.

Lastly (at least for the moment), I am planning a second (roughly) monthly game with some old NJ and NY friends that may also be set in the Traveller universe. We are considering playing another ship in the same sector competing with the first one. The result would make the overall narrative much larger in scope.

It is also possible we may opt for something else, but for now this is the prevailing idea.

Kind of a mini-'State of The Game' address, no?

What have you got in the works?