Walking in the rain so often recently I suppose it was inevitable that I'd eventually catch a cold, and so I have. Nevertheless, that shouldn't stop me from commemorating this most special of days (following immediately after by taking NyQuil and going right to sleep...hopefully). 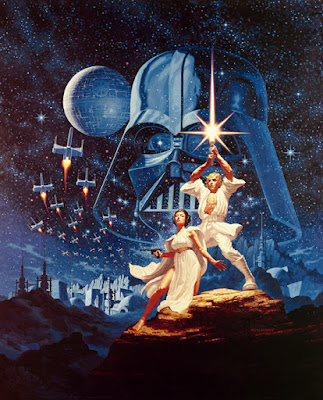 Today we celebrate the 40th Anniversary of the release of Star Wars, the first film in the blockbuster franchise known today as Episode IV: A New Hope. 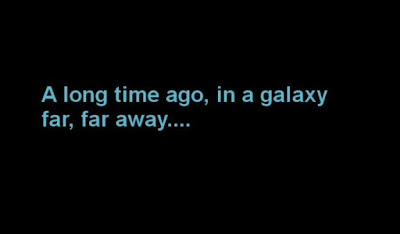 
On Tuesday, May 24th, 1977, at the age of 8, I went with my Mom, and younger sister into Blondie's, a Luncheonette in Brooklyn not far from our apartment building. I saw on the racks of magazines a comic book from Marvel called 'Star Wars'. 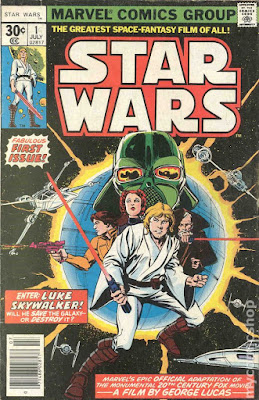 My Mom bought it for me, and later that day she surprised me by telling me that Star Wars was a new motion picture coming out the next day, and that we (my immediate family) were all going to go see it.

On May 25th my father drove us to the Nostrand Theater, the movie theater managed by my grandfather, whom we called 'Pop'. The lot of us consisted of my Mom, my Dad, my sister (only three at the time), my Grandma, and myself.

The lights dimmed. The film began. The music swelled. My mind was blown.

After the movie my father (a police officer) went off to work. My mother, grandmother, and sister were going clothing, and household shopping and planned to take me along.

"Can I stay at the theater today and help Pop?" I asked (OK pleaded).

There was some mild protesting - Pop would be too busy to watch me, and I was only 8.

"Oh let the kid stay," Pop replied, "he can sweep up, help the ushers, and even help out at the concession stand."

Honestly, I loved doing that. Whenever my grandparents babysat I always hoped I would get dropped off at whichever theater Pop was managing so I could pretend I worked there.

My Mom said it was OK, and I immediately went to help clean up the theater before the next showing. After sweeping up, I assisted people to their seats (remember when ushers did that?). Afterwards, I asked the lady at the concession stand (who knew who I was) if I could have some popcorn, and she gladly gave me a medium. I thanked her, and headed right back in the theater.

I watched the film again. I repeated this entire process three more times. Yep, you read that correctly. I saw Star Wars five times on its opening day. For free.

One of my favorite memories, and the start of a long standing love affair with that galaxy long ago, and far, far away.

May The Force Be With You All!