Will There Be An Egg?

They say the third time is the charm. Unfortunately, it may take a while to get to a third time. With our current global health crisis, Season 3 of my new favorite Space Opera series - other than The Mandalorian of course - may well be delayed a bit. Hopefully not. I need to see more, know more, and get more material for gaming.

What I'm talking about of course is...wait... 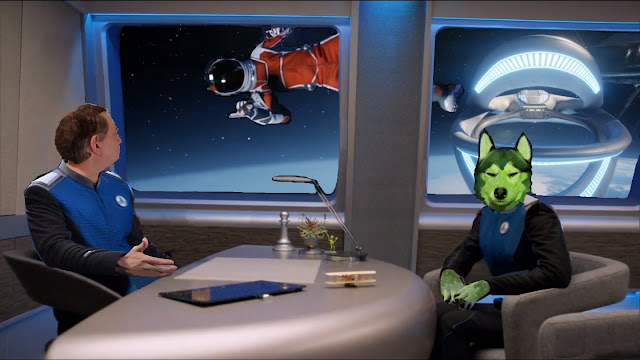 Sorry everybody, where was I? Oh yeah...

Let me back track a little; if it hasn't been clear up to this point, I'm rather obsessed with Seth MacFarlane's Science Fiction Space Adventure Dramedy, The Orville. 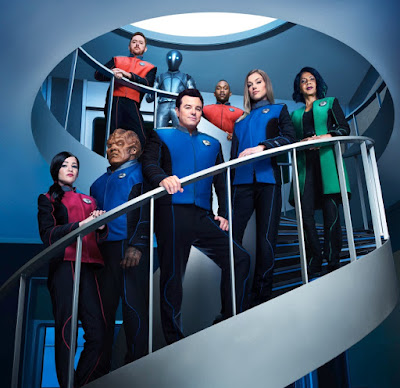 I loved the first season of the series and I was absolutely blown away by the second season, which aired its first episode, 'Ja'loja', on December 30th, 2018. The series continues to explore alien worlds, strange beings, amazing spacecraft, cool characters, and best of all, the relationships between them, all with a touch of often irreverent humor.

The show both homages and fully embraces the true spirit of Star Trek, something that Star Trek itself hasn't felt like doing in quite some time. The new Picard series comes close, and while enjoyable to watch, still doesn't feel as Star Trek as The Orville does.

At the same time, The Orville has it's own identity which grows and expands with each new episode. It is easy to dismiss the series as a parody or cheap copy of Gene Roddenberry's 'Wagon Train to the Stars', yet it is a lot more than that. It is love letter to that beloved franchise while at the same time saying, "If I had my way I'd keep all the good elements and add a few twists".

Like all my favorite television, film, and other entertainment media IPs, The Orville possesses the key element I am always looking for - It is a universe I'd want to live in.

If you know me you know that 'Universe I want to live in' translates to 'Universe I would like to run or play an RPG campaign in'. I mean, it just stands to reason. Right?

OK, so now that you're caught up with where my thoughts are (more or less), you surely realize that my next big game project just has to be a fully fleshed out RPG set aboard a Planetary Union Fleet Starship exploring the unknown in the distant reaches of the galaxy.

I have already run three one-shots using the Orville setting and particulars, each with a different group, utilizing the Star Trek Adventures RPG by Modiphius Entertainment. The second one worked better than the first and provided some interesting insight into why and what to do next time. The third one went even better still, enhanced more than a little by the players involved, who were really into the idea that is wasn't a comedy with space stuff in it but a Science Fiction Action Adventure that also contained funny bits.

It is my desire and hope that next time will be the first session of a ongoing campaign. To that end I am watching and re-watching the episodes, playing with different rule options, and analyzing the best way to get the feel and atmosphere right.

One of my biggest hurdles is my good buddy Leo, who would make the absolute perfect Captain. He played a Smuggler a while back in a Star Wars game that was far from the Han Solo type. He wasn't particularly good at all the things you think of when you think Smuggler. He was a decent pilot, a lousy shot, and not the luckiest fella you'd ever meet. He was very likable however, a competent ship's captain, and an excellent negotiator. I just think that character ported over (with some tweaks) would fit right in as a commanding officer in the Planetary Union Fleet (say, as the Captain of a Mid-Level Explorer or something).

The problem is, Leo isn't into The Orville. In fact, after watching about half the episodes of the first season, he stopped watching as he didn't like it.

I feel you Alara. I feel you.

I can totally respect his opinion and choice, even if I don't agree with it. Hopefully though, I can at least convince him to look past that enough to try it out as a game. While that doesn't necessarily create what I would call 'optimal conditions', I still believe in my heart of hearts (all five of them!) that he would be great for the part and it would make for a fantastic campaign.

That's all for now. More to come as I think of things and luckily, I am doing that a lot recently.

Posted by Adam Dickstein at 9:59 AM