Upon leaving the movie theater after having seen Doctor Strange and The Multiverse of Madness (which I shall discuss in a future post).

To all of George’s fans and friends,

Constance here, with the update no one wants to read. George passed away yesterday, peacefully at home with his wife of 490 months and family by his side. He was not in pain and knew he was very, very loved.

We are all very much grieving but, at the same time, we are so incredibly grateful for the joy he brought to our lives. To know George was to love him; and he loved back. Fiercely and with his whole heart. The world is a lot less vibrant today without him in it.

He loved all of you. He loved hearing your posts and seeing the drawings you sent and the tributes you made. He was deeply proud to have brought so much joy to so many.

Everyone knows George’s legacy as a creator. His art, characters and stories will be revered for years to come. But, as towering as that legacy is, it pales in comparison to the legacy of the man George was.  George’s true legacy is his kindness. It’s the love he had for bringing others joy - and I hope you all carry that with you always.

Today is Free Comic Book Day. A day George absolutely loved and a fitting day to remember his contributions to comics and to our lives. I hope you’ll enjoy your day today with him in mind. He would have loved that.

Please keep his wife Carol in your thoughts and again, I thank you for respecting her privacy. I remain available through the contact on the page.

George's memorial service will take place at MEGACON Orlando at 6pm on Sunday, May 22nd. It will be open to all. Details to follow.

We will miss him always. 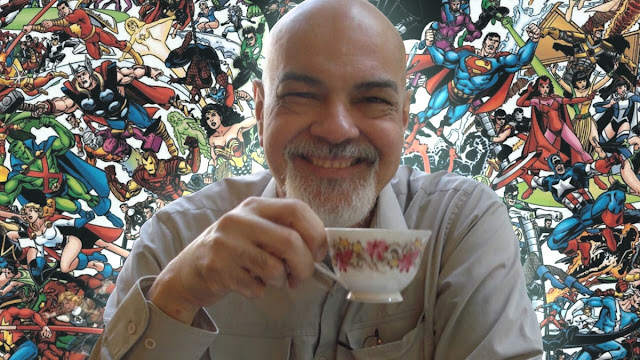 I've been unable, until now, to properly convey my thoughts on the passing of my favorite comic book artist of all time, the one and only George Perez.

George Perez was the first comic book artist whose name I actually knew. Prior to his illustrating 'The New Teen Titans' (1980-1984), I absolutely adored comic books but it never occurred to me to know who made them. This all changed when my local comic book store announced, sometime in 1982 I believe, that writer Marv Wolfman and artist George Perez, the creative team on one of my favorite comics at the time, would be attending a comic book convention in New York City in the fall. I immediately got tickets and went with my friend Joe Cangelosi to meet with the people who made our beloved Titans.

We managed to speak with George and Marv before their panel, for some time actually, asking them questions, sharing our own superhero ideas, and generally getting to know them as people. When we went into the panel, Joe and I sat in the third or fourth row and were recognized by Marv and George and called on several times. Afterwards, I bought this massive poster of the Teen Titans which Perez signed on the back. It was one of my most cherished items when I was younger. 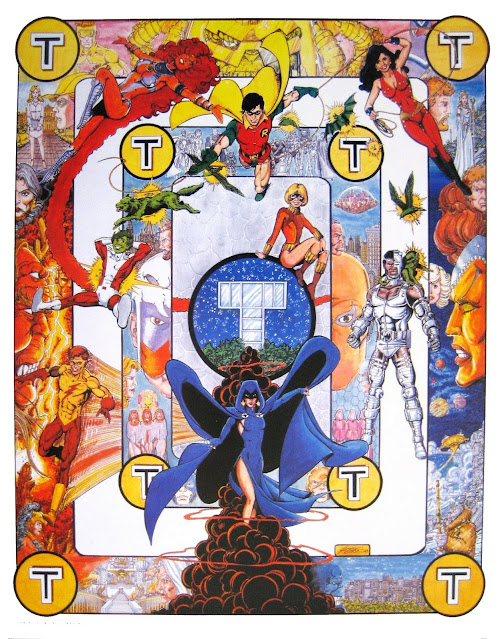 It was because of George Perez that I decided to go to the High School of Art and Design and the School of Visual Arts. I wanted to be a comic book artist. I knew it was a real job as I had met a real person with that job and he was happy.

Fast forward 25 years to my time working for Wizard World Conventions and getting to meet George Perez again. I was introduced to George by one of my bosses and I relayed to him the story of our first meeting. He kindly told me he didn't remember the events I described but he also didn't remember what he'd had for breakfast that morning. "It isn't you", he said with a smile. The next morning I randomly passed him in a hallway; he smiled, pointed at me, and said, "ADAM!" with his eyes wide. I chuckled and replied, "Yes, thank you. And you're George!" He laughed and walked on. We would talk maybe one or two more times that weekend and each time it was warm, friendly, and casual.

Sometime later, perhaps a few months, we (Wizard) were trying to get guests for an upcoming show. We had a neat idea for a series of panels on how comics were made and when it came time to get a writer I suggested Marv Wolfman. "Marv won't do it", I was told. "He doesn't like us." I asked if I could at least try and was given the go ahead as long as we had a few back-up plans.

I called Marv, introduced myself and why I was contacting him, and said, "before you consider the proposal, can I tell you a story about meeting you and George Perez when I was 13?" I proceeded to tell him what I told you above, with a few more details regarding some humorous anecdotes that had occurred during that first encounter in 1982. I also mentioned seeing George a few months prior. Marv asked if I'd told George the story. I of course told him I had and how George had responded. "Heh. That sounds just like George. It's been a while since we've spoken and longer since I've seen him. I miss him." Marv ended up signing on to the event and as George was a guest as well, the two got to chat which was worth everything to me. That was almost 15 years ago. 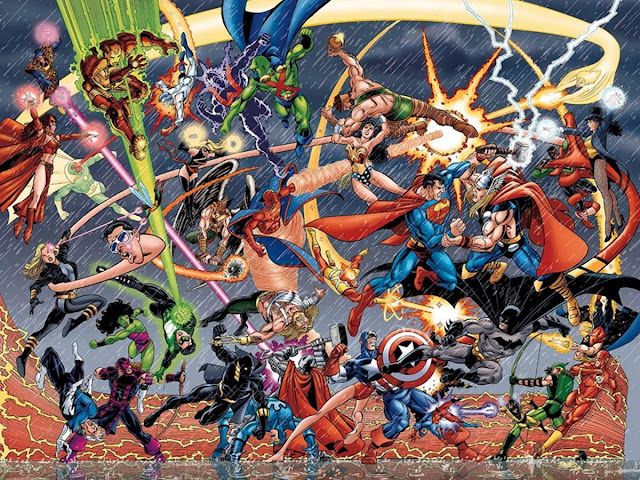 Today I learned of George's death and the disappearance from this world of yet another of my heroes. Although I was not close with him, I got to know him for a time. I got to speak to him, listen to him, know he listened to me, and make him laugh. What more could you ask for in this life? He will live on in my heart and memories as he will in the hearts and memories of his family, friends, and many, many fans. Tonight I raise a glass to George Perez, who disproves the adage that you shouldn't meet your heroes.