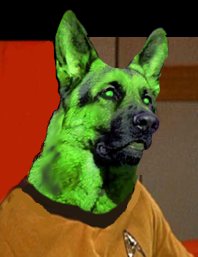 A number of recent RPG blogger posts have reminded me of why I made my own blog in the first place. I wanted to discuss Science Fiction Role Playing Games, specifically Traveller and my all time favorite, Star Trek.

Star Trek, The Role Playing Game by FASA was the very first role playing game I purchased all by myself with my own money. Well, technically that's not true. The first was Villains and Vigilantes by Fantasy Games Unlimited but I split the cost of the Second Edition boxed set with a friend. Star Trek I bought all on my own.

When I walked into the Compleat Strategist in New York City, NY (my FLGS) for the first time at the age of 13, I was in awe. I had already played Dungeons & Dragons (Basic and Advanced), Gamma World, Traveller, and a few others. I was aware of perhaps a few more games through my friends. When I entered this die-slingers paradise, this mecca of gaming, I could barely absorb and register all the games, minis, dice, and related gaming paraphernalia before me.

As I walked forward in a daze, trying desperately to look at everything at once, I stopped dead in my tracks after only twenty feet or so. Walking back a few steps I turned slowly to my left and saw a box with the faces of James T. Kirk and Mister Spock painted on it. I gingerly took it off the shelf and looked it over, reading the back of the box very carefully. A Star Trek Role Playing Game. This thing in my hands was a role playing game for Star Trek.

I walked up to the counter and the guy at the register asked, "Did you find everything you were looking for?" I smiled, took a deep breath, and said in a voice both honest and satisfied, "Yes".

After buying the game I went home and called my best friend Joe on the phone right away...


(We were 13 and lived in Brooklyn, a dozen or so subway stops out of the big city. We didn't know our way around Manhattan.).


Me: "Incredible. They had everything Joe. EVERYTHING! I bought a game."


Me: "Dungeons & Dragons for STAR TREK! You can make your own crewmember, fly your own starship, go to different planets, fight Klingons..."

Me: "Wait! No. I need time to read the rules. I just bought it. Find one other player to game with us and I'll run it this weekend."

Posted by Adam Dickstein at 4:38 PM