I Watched The Watchmen 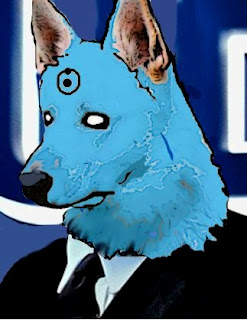 Actually, I watched the Watchmen motion picture this past Sunday. Its taken me a few days to organize what I want to say about it. This post is not exactly a review, though I will end it with my opinion of the film. Its more about what Watchmen means to me personally and why.

I grew up in the late 70's and early 80's acutely aware of the atmosphere the Watchmen graphic novel and film describes. Criminals such as the Son of Sam stalked the streets of New York. The cold war had left a nearly tangible chill in the air and the threat of nuclear annihilation was very real or at least felt like it was. Between the ages of 10-15 I knew the difference between the real world and the world of my imagination but saw each as reflecting the other.

The bad guys, mentioned constantly on the TV and radio news reports by smart, older gentlemen who reminded me of my grandfather, would update us on what the villains had done and what they might do next. My father was a police officer and it was his duty to make sure these criminals were found and put in prison. He was my hero. Looking back its no wonder my favorite comic book superhero is Green Lantern. He is essentially a cop, one of many wearing a uniform and armed with a dangerous weapon in defense of those who can not defend themselves.

So evil was real, heroes were real and terrible, world shattering situations were possible. I was a comic book and science fiction fan from a very young age but by 10 I knew we didn't need Dr. Doom or Lex Luthor. We had far worse right outside our windows.

By the time I was creating my own characters, drawing my own homemade comics and writing stories about the adventures of heroes and villains of my own imagining, the realities of politics, social upheaval and fear had crept into them. Long before I would read or even know about Alan Moore's magnum opus, I had generated a series of stories about an Earth whose superhumans only made the planet worse. I reasoned that if our world has problems a world with super people would have super problems. An old girlfriend of mine read my stories and described the main characters as 'dysfunctional superheroes'.

When the Watchmen series came out, it spoke to me in a way nothing had before. It will always be an inspiration to me as well as a confirmation of sorts. I am no Alan Moore to be sure but I am encouraged to think I had some similar elements to my stories as he had to his. There is also a sense among those who've read it and lived through the period it describes that we are part of a shared experience. I thank Alan Moore and the incomparable David Gibbons for the work graphic literature they created.

The film maintains the same feeling as the graphic novel in its depiction of the world of the Watchmen as one where feelings of helplessness grip an American on the verge of armageddon. The movie does a wonderful job of depicting the strengths and vulnerabilities of the characters and how being superheroes gets them no closer to helping the man on the street, nor does it assist in saving the planet. While there is no way it could have the impact to the medium that the comic book had to sequential art due to the very natural of the visuals, the film faithfully recreates the look and the atmosphere of the graphic novel to excellent effect. Over all I enjoyed the movie very much, though mostly for the fact that it seems a homage to how awesome the graphic novel is.


Go see it. Go read the graphic novel. Do both. Get multiples angles on the same scenes. Its well worth it.