Old Dog Says...Know It All

Ready to learn how to make the special sauce?

This is it bros and bras, the Colonel's secret recipe, the formula for Coca Cola, the ultimate thing I can pass on to the Next Generation of Gamemasters... 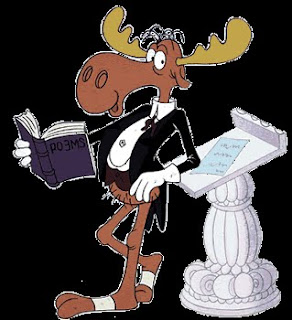 Now wait...what do I mean by that? All the rules? My entire setting?

Neither and both and something completely different. OK, I'm rambling.

See, its taken me three days to try and find a way to convey this technique (I guess it's a technique) I have to others who haven't gamed with me in person. I started this particular process I'm thinking of a long while ago. I never really thought about it consciously until I was in high school and I wondered how my friend Will made his Champions campaign universe so unbelievably awesome, until I asked him.

His answer was, "I know it. I know it like I know my own name or the back of my hand."

Will had no idea what you were going to say to the villain Kineto but he knew Kineto. He knew Kineto's mindset, his motivations and how he thought.

If you went to Russia, Will could probably only guess what you would do once your flying, super strong, martial artist touched downed in Moscow but he knew his Moscow, what his Russia was like and how his Soviet UNTIL agents treated foreign supers landing on their soil.

He knew his universe such that not matter where you went or what you did, he was never caught off guard.

I follow the same approach. You could put up a poster sized picture of my D&D-But-Not campaign world, get blindfolded, throw a dart at the poster and say, "There! I want to start the campaign there." As soon as I removed the dart from my ass and you tried again, I could easily run a campaign with virtually no prep no matter where it landed next.

It takes a deep knowledge of a setting to be able to do this and yet, it does not necessarily take an overly detailed knowledge of the setting. I can't name every town, creature or magic item on my D&D homebrew world of Aerth, nor will I ever. Why? I keep adding to it. But I get where I am coming from with that world. I understand its design. I know what its for and why it works the way it does.

Not long ago, a friend asked me to help her with the development of a species on her game world and I was a bit surprised to be honest. The two thoughts that came to me immediately were, 'You mean you don't know?' and 'If you don't know, why aren't you developing this in play?'

Because you see, if I only have an outline of an area, a people, a thing or whathaveyou, I understand it just enough to have it appear in the background but not in the foreground. If the players are going to encounter it and I know that ahead of time, I get to know it before they do. If it happens as a surprise to me and I don't already have something set up, we (the players and I) learn about the element together as it's introduced.

My Elves were formed this way. Before the first person played an Elf all they knew about the Elves were:

They are from some very far away land and still live pretty far from most Humans.
They prefer not to use Cold Iron items.
They don't like the Dwarves.

The Elves are not from Aerth. They are from the Realm of Faerie and are stuck here now, marooned as it were. The Elves you see today are very different from the first 'settlers' but their long memories mean they are not so different in mindset.

The Dwarves use a lot of iron and helped teach the Humans how to use it. The Elves have an allergy to iron and early on it was even worse than it is now. They distrust the people who regularly mine and use the metal that hurts them. It's like Superman finding out his next door neighbor mines Kryptonite for a living.

When you make a world, know it on a level where you don't get floored but the players going in a direction you didn't prepare for because, well, you did prepare for it. You are prepared for anything. They can walk off the edge of the module map because you know what's in that direction.

You can't sandbox that way! Its over developed! There's no room to add!

You are not over developing, not naming ever NPC or mapping every nook and cranny. You are making broad strokes, studying them, comprehending them and then making more broad strokes and repeating. You focus in when you need to but you never look surprised and you never give the impression you don't know what's over that hill or beyond that river.

This leads directly into my second bit of advice which, in a fashion this first one does not really work without...

Come back won't you?