This past Wednesday was my birthday, as well as a day of great conversations and some sad losses in the entertainment word.

We'll talk about that last part a bit later, but for now...


***
I had a lovely and interesting talk with WQRobb Wednesday night in which we discussed, among several related subjects, the fact that a good number of gamers own far more games than they've played.

Robb himself has a fair number of games in his collection that he's never had the chance to run or play. (Which he discusses on his blog. Check it out!).

Over the years, I've played more games than I can accurately remember at this point ( Didn't you read? It was just my birthday. I'm getting old). Still, just because I have played or run hundreds of RPGs, doesn't mean I own hundreds of RPGs. On the contrary...

Let's take the statement, "If I purchase a game, I will play it", as a definitive truth. It should also stand to reason then that, "If I run or play a game, I will purchase it". The latter isn't quite so guaranteed. If I run or play it often I will likely have bought it or will end up buying it. If I played it once at a convention and didn't much care for it, then no, I will not be buying a copy.

Although I am quite proud of the diversity of my RPG experiences, I am sad to say my actual collection of games is surprisingly small for a gamer going on 37 years in the hobby. Many of my friends are astounded by what I don't own.

I can pretty much file every game I've ever run or played (and let's face it, I've probably played only a third as many games as I've run) into one of three categories:

Technically there should be a fourth category for everything else, such as one-shots that were not so memorable or short campaigns I enjoyed but for some reason I've forgotten. 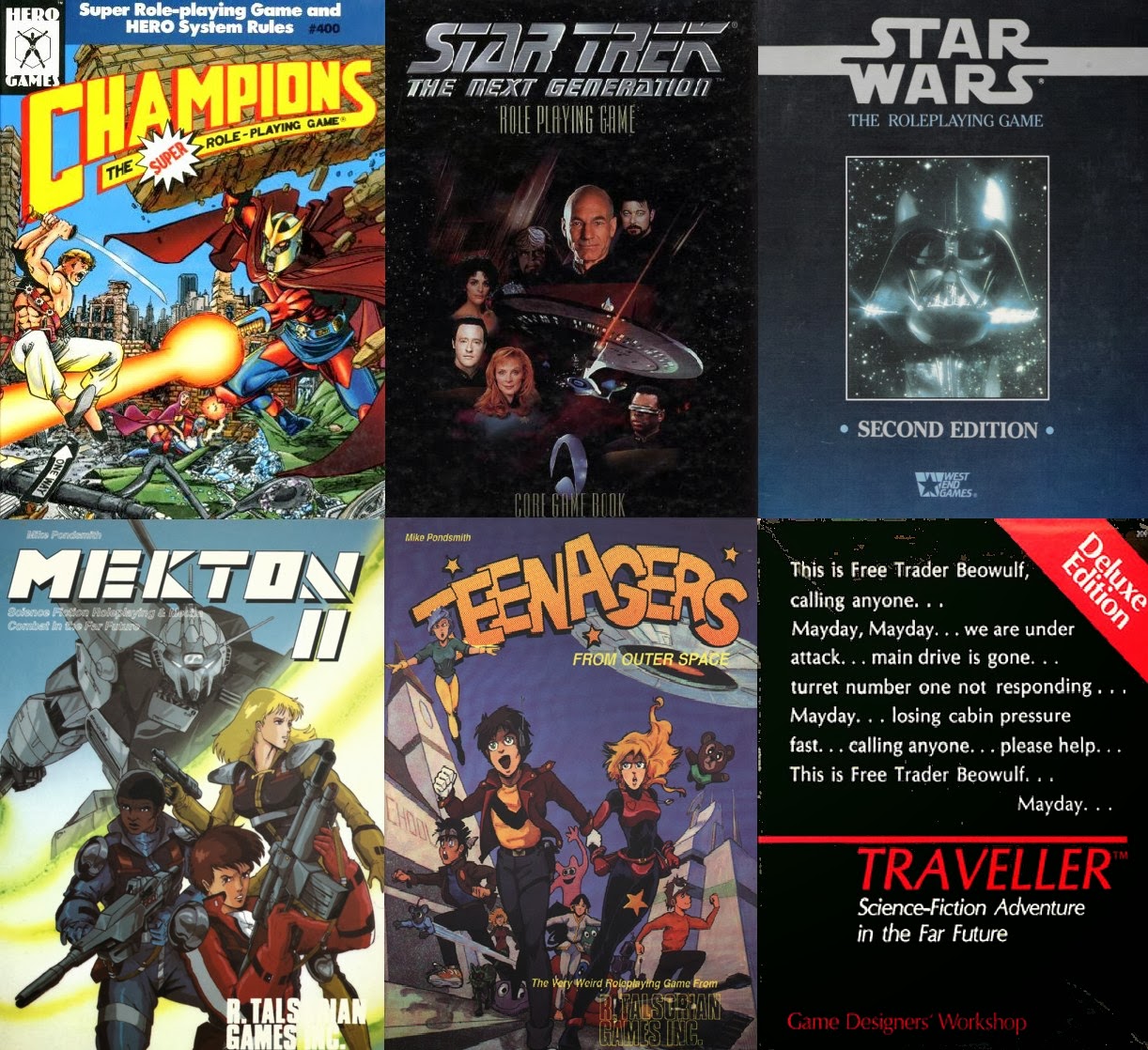 Games I've Run or Played Regularly
In this first category are games I've either run or played three or more campaigns of, with each campaign being at least a dozen sessions or so. The category includes some of my favorite games and some that I just ended up GMing because it's what friends wanted to play. Those with an asterisk '*' are games I own. You'll notice, I own all the games in this category.
Advanced Dungeons & Dragons (1st Edition)*
Champions (4th Edition - Hero Games?)*
Dungeons & Dragons AD (My personal variant)*
Mekton (All Editions - R. Talsorian Games)*
Mutants and Masterminds (All Editions - Green Ronin)*
Space Opera (FGU)*
Star Trek (FASA)*
Star Trek (LUG)*
Star Wars (WEG D6)*
Teenagers From Outer Space (R. Talsorian Games)*
Toon (Steve Jackson Games)*
Traveller (Classic and MegaTraveller - GDW)*
Villains & Vigilantes (FGU)*

***
Memorable One-Shots
These are games I've played only once or twice, ever. Maybe, just maybe, I can recall a three to five session 'mini-campaign'. Even so, for the brief time I spent with them, they left a lasting impression on me, whether good or bad. There are a lot of these. Most I do not own.

No seriously. Many, many, MANY more.

"How is this possible?", you are asking yourself. "Is he some sort of time traveler?"

You see, back when I was much younger and living through the grand heyday of RPG publication, each of my friends and I shared this love of trying new games. At the same time, we each had our favorite genres and styles of gaming so we each purchased those games we wanted to run or wanted someone else in the group to run. As my groups changed over the years, various members brought different loves into the communal pot and therefore different games, all the while still sharing a desire to sample something new.

Anyway, I'm sure I left out a ton of games in each category (but especially the latter two), but if I wanted to be 100% accurate to the letter, let's just say we'd be here a while. 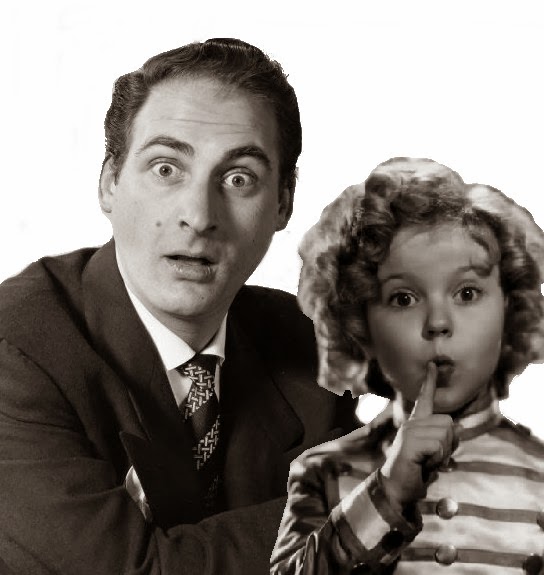 We very recently said goodbye to the master of ceremonies of Your Show of Shows, the one and only, Sid Caesar. Lovers of the early days of television, when TV personalities were both a part of the family and yet larger than life, my parents and grandparents were all big fans of Sid Caesar and I certainly followed in their footsteps.

Mr. Caesar was once quoted as saying, "People come up to me and they thank me: 'I thank you for the many, many hours of laughter".

Thank you, from my family to you and yours.

Just a day prior, I learned of the final departure aboard the Good Ship Lollipop of the talented and iconic Shirley Temple-Black. No words are quite right to describe her contribution to the American Motion Picture industry. What many do not know is that in later years, long after she had left Hollywood behind, she was the first woman to serve as the Chief of Protocol for the United States and was the United Nations Ambassador to both Ghana (1974-76) and Czechoslovakia (1989-92).

A final note: John Paul Henson, youngest son of Jim and Jane Henson, passed away February 14th, 2014 of a heart attack at the age of 48. John Henson was often the performer of Sweetums, taking on the role following the death of puppeteer Richard Hunt in 1991.

My condolences to the Henson family and the family and friends of the Jim Henson Company and Muppets fans everywhere.