The first installment of my series, "What Other GMs Do Wrong", was surprisingly popular.

I received some great feedback from it, and it was even listed as one of Dyvers Best Reads of The Week * Woohoo! Recognition from my peers. I'd like to thank the academy...

Continuing this while the iron is hot, here's a subject I've wanted to write about numerous times. Please, GMs out there in internet land, do this better. If you are handling this subject well, please help those who aren't. Thank you.

This has been a public service message from Barking Alien.

This is Clueless Morgan
He ain't got a clue. 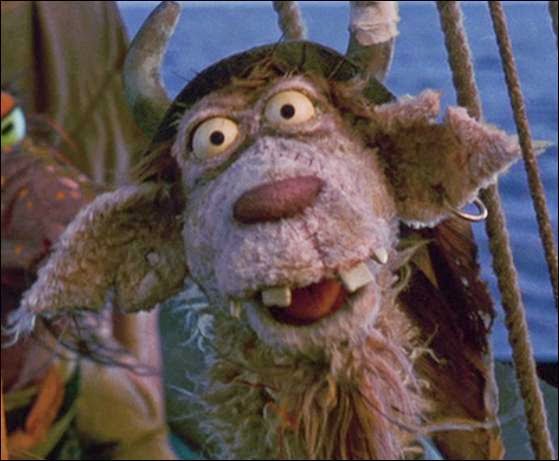 I ask you Clueless Morgan, are you clueless because you're inattentive,
or because there simply aren't any clues to be found?
"Um...huh?"

What Other GMs Do Wrong: Mysteries

I love a good mystery.

OK, I love a good mystery in an RPG.

There are basically two types of mysteries in RPGs the way I see it, the Adventure Mystery and the Setting Mystery. 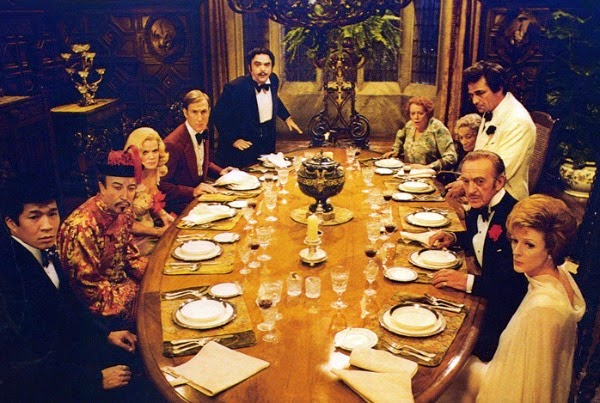 An Adventure Mystery is one in which a crime or event occurs and the PCs need to find out who committed the crime, or how and why the event occurred.

The Baron of Barrowdale has been murdered! He was a vile man, much maligned by family, allies and enemies alike. Who killed him? What do they hope to gain? Can you solve the mystery before his dimwitted son replaces him at ceremony to be held tomorrow?

On further inspection of the computer records, you see that the explosion in the head scientist's lab was no accident. The safety procedures designed to prevent such a release of energy were entered correctly into the system. You notice however, that one of the containment fields was manually deactivated. Perhaps other protocols were tampered with. The question is who did it, and why? 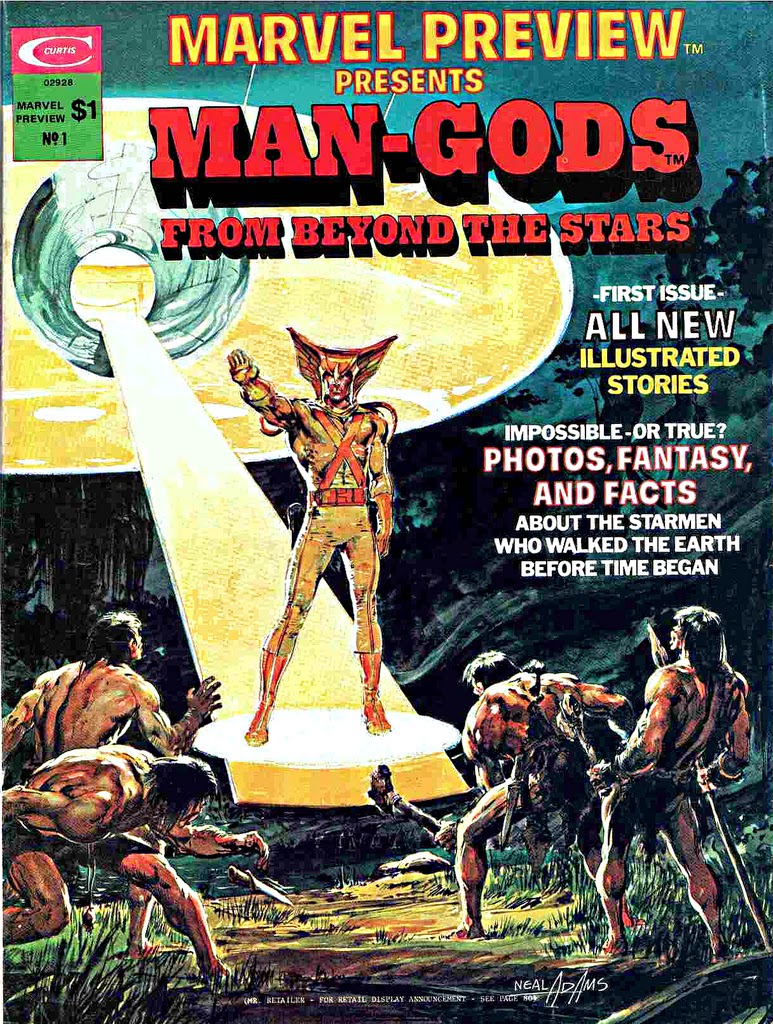 The second type of mystery is the Setting Mystery. This is a mystery that is intriguing, and can (read: should) lead to adventures in the future (or clarify something from ones in the past), but it is a part of the background of the milieu. It is not necessarily important to solve a Setting Mystery 'at this very moment, or else!'.

Setting Mysteries are there to entertain, reinforce the atmosphere and help immerse players in the setting. They linger in the background, waiting for those players that are curious, or interested enough, to explore them.

The PCs need to cross the forest of Mistwood, a ragged and desolate woodland, which is home to a tribe of Orcs. They are told that if they encounter the Orcs, they should make a break for the old, oak tree in the center of the forest. The Orcs won't go near it. When asked why, an NPC responds:

"The Orcs of the Blood Mark, who fear no one, and nothing, avoid the Elder Oak at the center of Mistwood. They always have, as far back as anyone can remember."

The PCs are left to wonder, if Orcs have driven out the Elves, the Druids and the sylvan beasts from the forest, why do they fear a tree?"

The GM said, early on in the campaign, that no Superhero or Supervillain in the setting possesses all three versions of the Ulti-Power: Cosmic, Magical, and Psycho-memetic. Yet Doctor Universe, whom they have met several times now, clearly appears to have all three. Does he? Is something else going on here?

So what is the problem?

The problem is, Most Gamemasters can't ^#*@ing do Mysteries!

For the purposes of this post, I am going to focus on the Adventure Mystery. If there is interest in my recommendations on how to develop Setting Mysteries, I will address them in a later post.

When it comes to the first type, the Adventure Mystery, the major mistake I encounter more often than not, is not having any clues or leads. A crime has been committed, and as a result, there is going to be evidence.

We've all seen cop shows, and yet many a GM will not leave one shred of evidence to point you toward the culprit of the crime. Seriously, you end up looking like Clueless Morgan up there.

I was playing in a Superhero game where a man attempted to kill a Senator. He failed thanks to secret service personnel. The man had no ID, and didn't show up on any computer records. He was essentially a non-entity.

He claimed he was from another planet, and that the Senator is actually a member of an evil species of shape shifters. The assailant appeared to be a normal Human when checked out by doctors. He was held in jail until the Superhero team could come check him out.

The PCs split up. Some went to go talk to the crazy guy, some went to our headquarters to look up evidence in the computers, and I went to the scene of the crime to see if I could find something there.

Oh, I should make a note of something.

My father was a cop.

A Detective and Sargent at that. I know a little something about detective work. He told me a lot, and his favorite genre of movies, TV and novels were crime and detective stories, many of which I ended up watching and reading.

I am also fairly good at puzzles and riddles, as long as they aren't math related.

I was told flat out by the GM, there was nothing to be found at the crime scene.

When we looked up information on the guy, including visual recognition and voice software, nothing.

When we spoke to him initially, nothing.

Finally, one of the PCs got him to open up enough to have him reveal he knew, or had at least worked with, the old Superhero team that had since disbanded.

Cool! A lead! We can contact one of them to verify this guy's story.

No. We can't. We were informed that nearly every member was either dead, had retired and disappeared, or had become a villain (OK, just that one guy, but still).

I mean...What the H-E-Double Hockey Sticks?!

GM: But remember, there are no clues, no evidence, no records, and no leads or contacts. What do you do?

Players: Give up and go play Call of Duty!

People (the Players) got frustrated, myself included.

In a discussion after the game, the GM explained to me that if the PCs had used heightened senses and detection powers (such as X-Ray Vision, Mystic Senses, Ultra-frequency Hearing, etc.) , or deduction and detective skills, we would have found a number of clues earlier in the game.

As it turned out, aside from one guy with Mystic Sense Powers, none of us had heightened senses of any kind. No one had detective skills either. This team had no Batman and the mystery required one.

This goes back to a similar statement I made about Scaling:

"If none of the PCs have heightened senses, detective skills, and aren't detective types, don't make the adventure dependent on solving a mystery."


Another issue that comes up a lot with RPG mysteries, is that there is a perception that one solution solves the mystery. That makes sense doesn't it? I mean, when it's a whodunit, there is only one 'who', right.

Now, unless you are very good at planning out mystery games, and your players are very good at solving them, you are banking on the fact that a group of people are going to randomly guess the guilty party you are imagining in your head as GM.

This is a bad idea.

First, we're all geeks, and we all think we've got some genius story or adventure concept that is going to WOW our players, so we come up with a murderer or criminal mastermind who is SO PERFECTLY OBVIOUS if you just put the pieces together.

Is there any guarantee that will happen though?

Don't put money on it.

Make the mystery, and the solution to it, more flexible.

So what can you do about it?

#1. Recommendation One: Leave clues damn it!

If you are going to go the traditional route with mysteries, leave clues PCs can find. Consider what means they have to notice and discover things, not what means you wish they had.

Vary the sources of evidence. Depending on the nature of the crime or incident, consider whether there is physical evidence, visual or audio recordings, witnesses, or specialist available to consult on the matter.

#2. Recommendation Two: Be challenging, not unfathomable.

Don't use your extensive knowledge of 15th century painters and your skill at word play to create a clue that only you and ten other people in the world are going to get. That is freaking obnoxious. Make it relatable and accessible to your players' knowledge base, not yours.

I can't stress this one enough.

I don't usually build my mysteries the way most people do unless I am dealing with someone else's setting, and I know the mysteries need to have specific answers to solve them.

When creating my own mysteries, I set up a situation, provide the actions of NPCs, and perhaps a little background for motivations. Then, I use alternative mystery models described in games such as InSpectres and Gumshoe.

Basically, I as GM, provide the crime, and all the pieces needed to commit it and solve it, but I don't solve it myself.

Let me reiterate that.

I create the mystery, but not the solution.

I get the players, through their PCs, to investigate, add ideas, suggest clues, provide rationales, and point the investigation towards an ending that I am challenged to figure out. It's not my mystery that they have to solve so much as our mystery that I have to logically solve based on what the players said and did.

I could really go on and on with this for pages and pages, but it's getting late and both you and I have stuff to do.

In conclusion, if you can not lay out a mystery in a way that it can actually be investigated and deduced, don't use mysteries so much. Ease off a bit.

If you are going to use them, figure out what model you want to use, and then adhere to the basic tenets of that approach. If players need to assemble a number of clues to determine what happened and who's behind it, provide clues, as well as direct evidence and NPCs who can provide Intelligence. If you are using the 'players build the mystery' approach, do a little reading on that style before hand, and run some practice scenarios over in your mind. If can be tricky, so be prepared.

Seriously, Charles has done us all a great service by checking out all of these blogs, enabling the rest of us to more easily find the ones we'll like. Browse his comprehensive list of blogs so you can figure out what is out there and which ones pertain to your areas of interest. Find old favorites, make new ones and see what blogs are right for you.

Labels: Advice, Mystery, RPG, What Other GMs Do Wrong