GM #1: "In my world, the Orcs are different. The Orcs of today are the descendants of an ancient, once great, world spanning empire. Through decadence and mismanagement, their nation fell, and was picked apart by the young races and countries of the world. They look like the Warhammer Orcs. Big, muscular, and green."

GM #2: "Cool. My Orcs are pink, warty, and combine the features of Humans and pigs. They're the result of a failed wizard experiment. They're really different because, as a result of their magic origins, they won't attack wizards unless the wizard attacks them first."

GM #3: "Hmmm. Interesting. My world is very different. I don't even have Orcs."

GM #3: "Yeah. I have a race I made up called the Ughspawn. They are the offspring of the dark god Ughloch, who exists only to eat, fight, and make Ughspawn. The Ughspawn kind of look like the Orcs from the Lord of the Rings movies, but they're greyish-white."

Me: "Yeah. What makes them feel different to me, as a player, while I am playing? Can I see the stats of your Orcs and Ughspawn?" 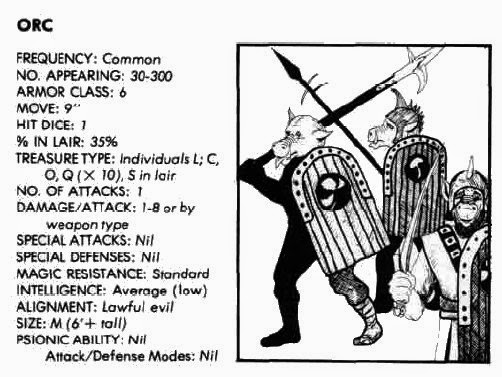 
What Other GMs Do Wrong: Making Things Different


Newsflash for 99.9% of the Fantasy RPG GMs out there:

YOUR ORCS ARE NOT DIFFERENT.

Neither are your Dragons, your Giants, or any of the other creatures you created fluff about. When I, and other players, encounter these things in the context of your game, they are exactly what they've always been, and with rare exceptions, they look the way they look in my head.

Hell, the vast majority of creatures in the early editions had little to no fluff, so just adding fluff is not special. Adding fluff is what you do. It's called running a damn RPG.

It doesn't take a lot to make your world and it's occupants actually feel different from what is usually encountered. Very often however, we're all so full of our own 'incredible creativity' and 'writing talent' that we totally gloss over making these things do anything actually unique, or at even unusual, in the context of the game.

I can tell you a great story, and then punch you in the face.

I can also just punch you in the face.

In the end, did the story matter? 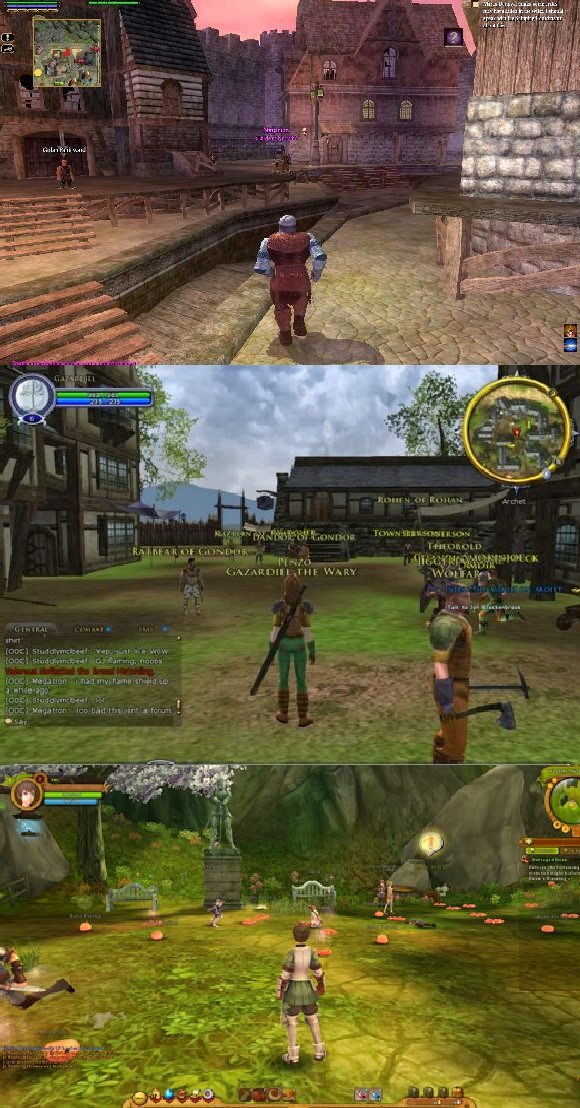 
Now, I am not saying no one out there is capable of doing something interesting with their universe and characters. As a matter of fact, I think there are tons of GMs who are excellent at creating really unique, exciting and sometimes bizarre milieus for their players to explore.


It's the GMs who are doing plain, old, vanilla settings and imagining that because their gnolls speak with a German accent, or their goblins are puce, that they've penned the next Game of Thrones. Those are the GMs and games I'm addressing.
You haven't. Sit up, shut up and take some notes.
It's fine if your world, or at least the part of it I am going to see for the first dozen levels of our campaign, is pretty much a classic medieval, vaguely Western European village or fiefdom near woods. It's always near woods.
That's OK. It's cool, really. Just, tell me that ahead of time. Don't get me all hopeful and wound up by telling me how awesome and unusual your world is and than it's the aforementioned keep in almost-England. Near woods. Again.

Be honest. There is no shame in admitting you like traditional Fantasy.

Muwahahaha! Sorry, hard to say that with a straight face. Kidding, kidding. Ahem.

#1. Don't Just Tell Me It's Different. Show Me! Make It Part of My Character.
Make your fluff match your mechanics and vice versa. If your story says something works a certain way, the rules should reflect that, or it's meaningless.

Going to tell you a little story as an example of what I am talking about and how to fix it...

A friend of mine said (paraphrasing), "My dragons are different, and one of the really cool, really different things about them is their language."

She then went on to describe the language of the dragons, how it worked and why. It was a very interesting story, and very well thought out. I liked it a lot actually. It had some similarities to the language of my own dragons.

In the end, one key thing she said stayed with me, because I view my own world's Draconic tongue the say way. She said their language was extremely difficult to learn and speak, because most other creatures aren't physically built the way dragons are and the language itself is complex.

My first question when she was all done was, "Can PCs learn Draconic?"

She was perplexed for a moment. She asked what I meant, and I replied that I wanted to know what a character would have to do to learn the Draconic language. Her answer was, you may choose Draconic as one of the languages your PC gains from a high Intelligence score. So, just like you can choose Goblin or Giant, you can choose Dragon (or Draconic).

Does anyone else see the problem? How is this language any more difficult or complex than any other? If I am a Human/Fighter, 1st level, and I have an Intelligence of 12, that means I can speak one additional language. I pick Draconic. Why not?

Here's how it works in D&D-But-Not:

First, you need to spend three Language Slots (a Slot is what we call a Language gained per Intelligence Bonus) in order to speak Dragon. Three.

If your class is Wizard, or you are playing an Elf, or a Dwarf, it takes two.
If you are an Elven or Dwarven Wizard, you need only spend one.

The language is difficult, physically and mentally. You need a long time to learn it and practice it in order to do it properly. Therefore, it takes up Intelligence bonus points that might have gone elsewhere, to the learning of other languages. Dwarves and Elves have an advantage because they are much longer lived. They have the time to learn something this complicated. Furthermore, Wizards would be one of the few professions with access to books and information on the subject.

Dragons don't exactly go around giving tutorials on their grammar.

Lastly, if you are a normal Human or Wilder (the Halflings of my setting), you must also provide a backstory of how you learned this language. As I noted, there is no Rosetta Stone: Draconic program going around teaching Dragon-Speak to blacksmiths and midwives in their spare time.

The beauty of my little house rule, and it's pretty minor I assure you, is that it directly effects your character.

It does not effect them in a major way, and it doesn't effect a character who doesn't choose to learn Draconic, but it makes an element of my fluff a choice you can make during character creation.

Fluff is great. I love fluff? Where would a fluffer-nutter sandwich be without the fluff? OK, it would be an all peanut butter sandwich, which honestly I'm fine with, but, NOT THE POINT!

We need fluff. Yet, how can I put this delicately, um, it doesn't really make that game all that different and memorable. If the fluff has no effect on the characters and the game world in a interactive, experienceable way, the game, regardless of your unique story, will feel like any other game in that genre and/or system.

Remember, cotton candy is tasty, but not filling.

Posted by Adam Dickstein at 9:50 PM

Labels: Advice, RPG, What Other GMs Do Wrong