The Pokemon of Pokemon AD are largely the same as those of the established Pokemon universe. 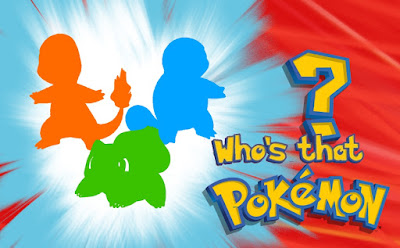 With each new iteration of the Pokemon franchise, new Pokemon creatures are introduced, at once expanding the setting, and inspiring players to strive for the game's motto and goal of trying to 'Catch'em All!'.

As of this writing, there 802 Pokemon, including mega-evolutions, 'ultra beasts', regional and other variants. This number may not completely represent the total number of distinct Pokemon. Very likely the official number is more like 720.

Now, here we are with Pokemon AD and a whole new area of the Pokemon world. The Canu Region (my original setting) will therefore bring with it a lot of all new Pokemon. At the same time, I don't know if I really want to introduce between 100 to 150 new Pokemon. Part of the fun of playing a Pokemon RPG is having your character go into battle with their familiar favorites, just like playing Star Wars lets you pilot an X-Wing, or a Star Trek game lets you be a Vulcan.

Back when I was collecting the figurines, I tried to collect all the Pokemon based on, and/or resembling dogs. I imagined it would be cool to encounter a Pokemon Trainer or Gym Leader that specialized in dog Pokemon regardless of what their Type might be. Pokemon Trainers specializing in Water Type, or Fire Type Pokemon are encountered often throughout the series, but one focused on Bears, or Cats is pretty uncommon. 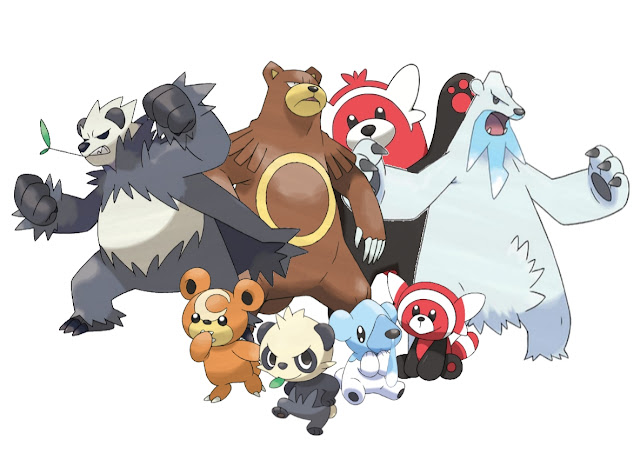 The plan therefore is to add about 25 new Pokemon to a fairly select list of Pokemon from all the previous video games, with the option of introducing more later on if I feel it's needed, or if I get a lot of requests for a particular Pokemon I hadn't planned on using.

Note that I just stated I would be using a 'fairly select list' of familiar Pokemon. Why?

The Canu Region that I am using as my setting is based on/inspired by my love of Canada. I want to use Pokemon that I feel are appropriate to the climate, terrain, and biomes native to that area of the real world.

I intend to give more attention to this in an upcoming post detailing the Canu Region campaign setting, but suffice to say some of the tropical bird, fish, and jungle dwelling Pokemon of Sun and Moon's Alola Region (basically the Hawaiian Islands) wouldn't quite fit the arctic tundra, and boreal woodlands of Canu.

To begin with, I'll need to add a few more Grass Types that fit the region, more Ice Types for sure, fewer Fire Types in general, and perhaps a few that tap into local culture, and folklore (Aboriginal, British, and French). I have some great ideas (if I do say so myself) for three Legendary Pokemon that will tie into the meta-plot going on in the background.

The incredibly talented artist Darren M. A. Calvert (whose work I absolutely love) just so happened to post a series of Pokemon of his own creation not that long ago. Inspired by his own interest in the franchise (specifically his playing of the augmented reality app game Pokemon Go), and in honor of being a Canadian himself, his creatures homage, and poke fun at his native Canada.

What an amazing coincidence, no? It was Pokemon Go, in conjunction with Sun and Moon, that renewed my own interest, and brought about my Pokemon RPG Gaming Epiphany. I decided on a Region resembling Canada, did a search for 'Canada Pokemon', and found DMAC's illustrations. Perfect! They took my already jazzed attitude about the idea, and sent it through the roof.

Some of DMAC's Pokemon will most certainly be included in my Canu Region Pokedex. In addition, here are some others of my own invention that I am considering:


A Bluejay-inspired Flying/Ice Type Pokemon, and likely one of the Starter Pokemon of the Canu Region (see I Choose You! for notes on Starter Pokemon).

The Bluejay is one of my favorite birds, as it has neat plumage, a distinct call, and a bad ass attitude for such a small bird. It is also a bird popularly associated with Canada thanks in no small part to the Toronto based professional baseball team.

I haven't decided on the names of its evolutions yet, but I am toying with #02 Cyanice, and #03 Falcold.

Garter Snake-inspired Fire Type Pokemon. A Starter Pokemon for sure.

Believe it or not, Canada has the largest concentration of Garter Snakes in the world. I know. Snakes. Canada. It doesn't add up on the surface. However, the Narcisse Snake Dens of Manitoba, Canada see a gathering of as many as 75,000 Garter Snakes each year during the animal's mating season.

I intend to exaggerate the idea that Canada is cold, and snakes don't normally like that. With this Pokemon, their Fire-based nature keeps them warm, and active in the cold climate that would normally put them to sleep.

What do you think?

I intend #AD05, and #AD06 to be evolutions of this Pokemon. Any name suggestions would be greatly appreciated.

A Wolverine-inspired Pokemon of the Normal Type, that evolves into a Normal/Poison Type, or Fighting/Poison Type called Clawrine (#08). Like a number of other Pokemon it might have only two forms, with no third evolution.

I can see this one clearly, including its personality. I am definitely going to take the opportunity to play on some of the stories told about this animal, as well as parodying a certain Canadian born, Adamantium boned, Marvel Comics Mutant. Heheh.


In addition to these I am working on the 'version specific' Pokemon unique to each 'game'. For Pokemon Astro, an Electric Type and a Psychic Type, and a Fairy Type and a Ghost Type for Pokemon Dwimmer. 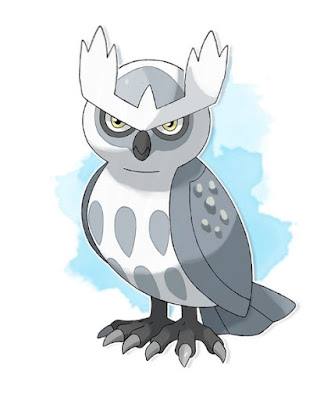 
Regional variants are also big on my list. I am planning on a Snowy Owl version of Hoothoot, and Noctowl, a Black Footed Furret, and a few more I am still pondering.

Any ideas, requests, or suggestions? Feel free to send them my way.