Star Wars: Rebels has ended, but The Force lives on. 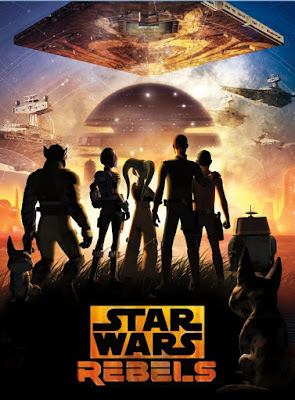 The final episodes of the Disney XD CGI animated series Star Wars: Rebels aired on March 5th of 2018, ending four excellent seasons of a show I loved. I am sorry to see it go, but even sorrier if they don't continue with the version of Star Wars they left behind.

For you see, the series was good - really good - and the finale great, but the epilogue was what Star Wars is all about. The series embraced what we love about Star Wars and how you can extend its universe into the future.

Everything the new Star Wars Trilogy has failed to do properly, Star Wars: Rebels did with flying colors, and when it was all over I was not only satisfied, I wanted more.


MAY THE SPOILERS BE WITH YOU!


The series began with a small group of rebellious individuals having teamed up together in a group so ragtag that they could only have been a party of Player Characters in someone's Star Wars D6 campaign. I swear that is the only explanation that makes any sense for why this group was built the way it was.

In all honesty, I wasn't a huge fan of the show initially. The program came on the heals of the abrupt cancellation of the amazing The Clone Wars animated series which bothered a lot of fans, myself included. In the beginning, the CGI for Rebels didn't seem up to par considering what Clone Wars had been showing us .In addition, Rebels was aimed at kids and the characters seemed to lack depth in comparison to those that appeared in the preceding show. Lastly, the story seemed focused on a thieving-street-urchin-with-a-good-heart named Ezra Bridger who started out more than
a little annoying.

Around episode 5 or 6, something changed. The stories got deeper, the characters more numerous (thanks to some cool Imperial villains), and the art and rendering came into its own.

Throughout the next four seasons the crazy collection of heroes we were introduced to proceeded to do the impossible; they stood up to the tyranny of the Galactic Empire while simultaneously being characters we loved. The show also introduced elements to the canon as far reaching as a third class of Force-Wielder, the original of the B-Wing Fighter (the episode, 'Wings of the Master' is a run through of the WEG D6 Adventure Module 'Strike Force Shantipole'- no foolin'!), and - hold on to your Astromechs - time travel!

Even more impressive is the fact that they grew into characters I liked and cared about. I routed for the heroes and was worried for their safety. The villains enraged me with their evil but I loved seeing what they would do next and how they'd get theirs in the end.

The final result was absolutely epic. I thought it was a near perfect ending to the series. Even more amazing was the epilogue... 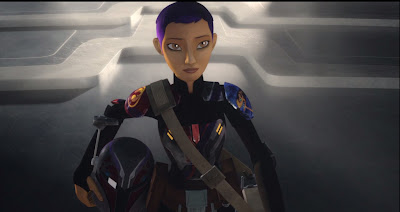 Sabine Wren
All Grown Up


The epilogue of the series - told in the finale's last couple of minutes - is so good, so interesting, it almost overshadows the finale itself. Not only does the epilogue answer the question of where these characters were during the original trilogy, it also begins to lead us towards a new series.

Or it should. Let me rephrase that...it has to. 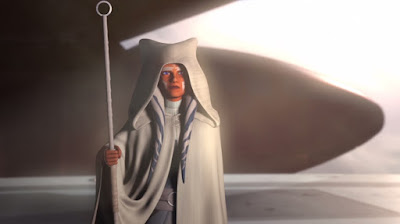 
The end of the epilogue sets up a story I really, really want to see. I will be sorely disappointed if that tale doesn't follow this one. It was sooo cool it put me in the mood to run Star Wars as much as The Last Jedi took that feeling away. 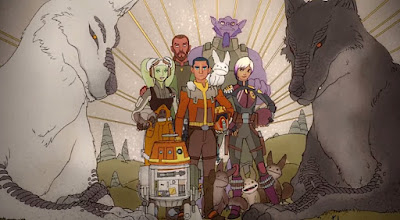 May The Force Be With You...Always.


A powerful mind and spirit has returned to The Force...

Stephen Hawking, world renowned Theoretical Physicist, Cosmologist, and Author has passed away at the age of 76. In addition to his contributions to the fields of quantum mechanics and gravitational singularity theorems within the general theory of relativity, Hawking became something of a symbol and role model for the disabled and those suffering from Lou Gehrig's Disease.

As someone interested in physics and quantum mechanics, I have been an avid follower of Hawking work for years. The world will sorely miss this man's intellectual brilliance and personal determination. 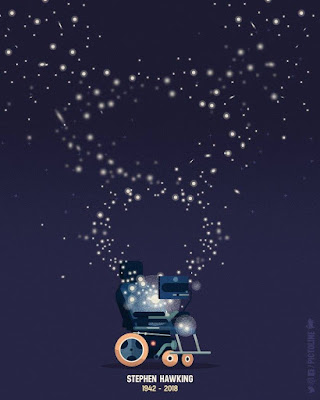