March of The Giant Robots

I have Mecha on my mind this month.

This month of March that is. March is Mecha Month I guess. It's March Mecha Madness Month!

OK, heheh, sorry. I got a little carried away. 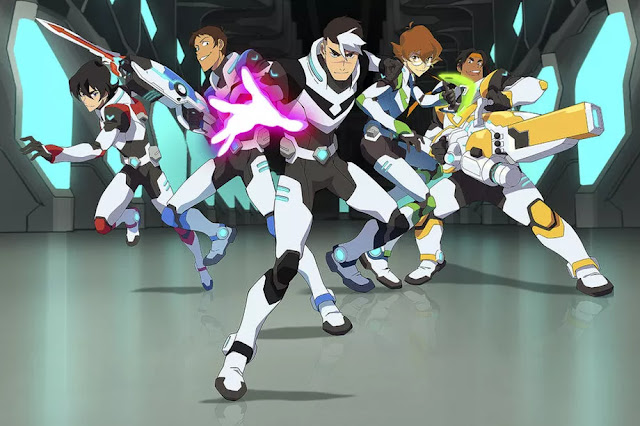 The Five Paladins of Voltron!

Kind of. SPOILERS! Things change up a bit in Season 4 and 5.
Go watch it!


It's not just me either. Oh no, just you wait and see.

Tomorrow, Netflix will be releasing Season 5 of Voltron, The Legendary Defender, which I have talked about on the blog before and really enjoyed so far (well, most of Season 4 was kind of lame, though they did have a great finale). I still want to figure out a way to run something like it as a campaign. It has all the elements a GM could want and is a great model for making a long term Mecha game work. 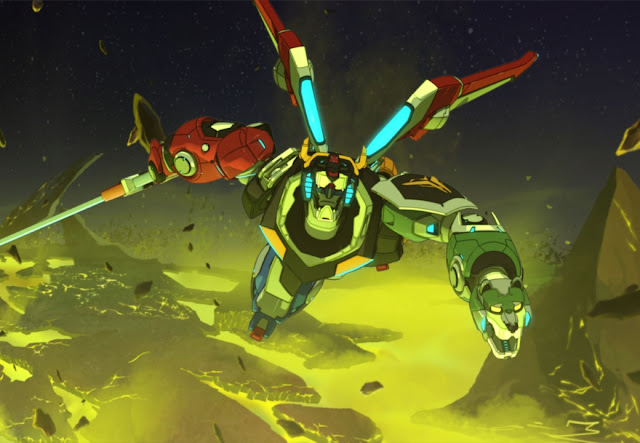 On March 23, there is going to be an uprising and my man John Boyega will be there to ensure that this new apocalypse is cancelled!

Pacific Rim: Uprising, the sequel to America's first and only real Mecha film, Pacific Rim, hits theaters like a Category 4 Kaiju rampaging through Hong Kong. I really liked the first film and I'm a big fan of Boyega who is starring in and co-producing this one. I am there! I've covered this one too and I'm looking forward to discussing the idea of a Giant Robots vs. Giant Monsters game because, you know, Giant Robots vs.Giant Monsters!

In addition to the aforementioned titles, I will be also discussing a variety of ideas that are based on or inspired by Japanese Anime, Manga, or Live Action Mecha, though not necessarily a specific series.

This isn't the only thing I'll be talking about this month, but it's something that's been popping into my head a lot lately.

Will any of this go anywhere?

Posted by Adam Dickstein at 8:00 AM