I originally planned to post this entry on May 4th, for reasons that will be obvious in just a moment. Life got in the way and here we are. Where is that? Well, at least while you read this, it's a long time ago, in a galaxy far, far away...

After the disappointing outing that was The Last Jedi, I wouldn't fault anyone their skepticism about the future of the franchise. It's enough to curb your enthusiasm something awful. At the same time, the finale of the animated series Star Wars: Rebels was absolutely excellent.

For me, it's hard to resist getting excited about anything Star Wars. I can't help it. I love that universe. Done well it's so much fun, and it's easy to do well. I'm actually amazed when the powers that be don't get it right. When they do...well when they do it's magic. 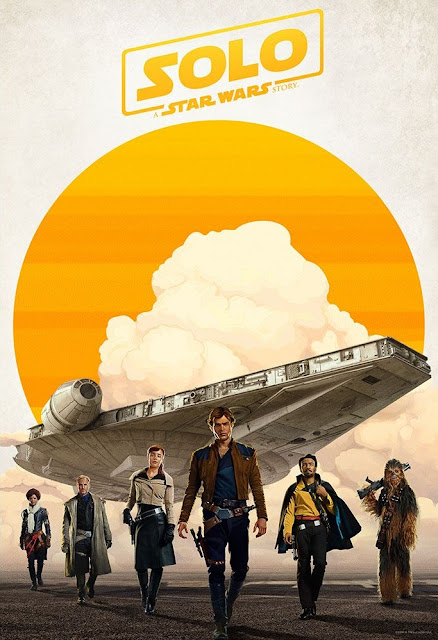 I already have my tickets for Solo: A Star Wars Story (for my girlfriend and I - Opening weekend, though not opening day). I am pretty excited.

The film has a lot going against. It's production has been wrought with directorial changes, acting challenges and issues, and it's lead actor has some very big boots to fill. All in all, things don't seem too promising. So why am I so jazzed?

Well first, I've watched the trailers and the films looks great! Funny dialogue, amazing visuals, and just the kind of story you'd expect from a movie that focuses on everyone's favorite space pirate and smuggler.

Second, Chewbacca! It shouldn't come as any surprise to my readers that I am a BIG Chewie fan. I do it all for the Wookiee, you feel me? Having another film where Chewie gets to do his thing - his thing being, ya'know, being Chewie - is pretty awesome in my book.

Lastly, I've noticed a number of references and homages to the Han Solo and Lando Calrissian novels of the late 70s and early 80s. It might just be me, but the Millennium Falcon's droid pilot reminds me of Blue Max and Lando's strange pilot robot from the books. In addition, one of the characters not shown on the poster above (aside from said Pilot Droid) is an alien named Rio Durrant, who greatly resembles a Ph'Pheahian, a species first introduced in the novel Han Solo's Revenge. 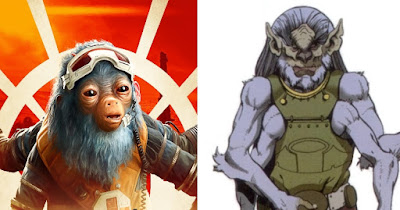 Left, Rio Durant, an Ardennian Pilot and Gunner from Solo: A Star Wars Story
Right, an illustration of a Ph'Pheahian from Han Solo's Revenge.


To me, this just looks like a fun movie. That's all I hope it is and all I need it to be. 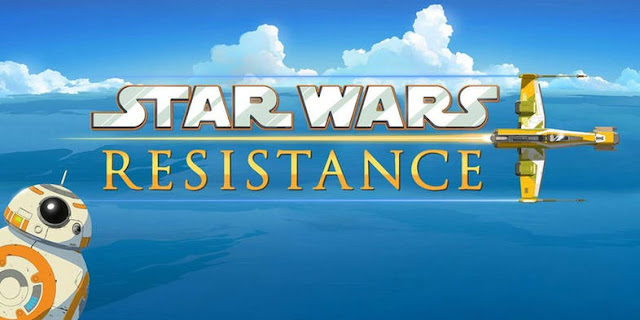 The Star Wars powers that be have announced another animated series! Following the excellent Star Wars: Rebels - which in turn followed the amazing Star Wars: The Clone Wars - the Disney Channel will be producing a brand new show set just prior to the events of The Force Awakens.

The story focuses on a young Resistance pilot named Kazuda Xiono who, along with her fighter squadron, undertakes a secret mission to scout out the growing threat of the First Order. Much like its predecessor Rebels, Resistance will primarily feature new characters, but well known characters from the new sequels will make guest/cameo appearances.

There are several things I love about this premise.

I think there is a lot of untapped potential in the Sequel Trilogy setting. I foresee this series doing for the Sequels what Clone Wars did for the Prequels.Just as Clone Wars fleshed out the characters and situations of those terrible films. This new series will likely turn the First Order, Snoke, Captain Phasma, and the Resistance into actual, full formed concepts (unlike the films, which had a vague set up and very little follow through so far).

I also think making the main characters fighter pilots is brilliant! Starfighter pilots and dogfights in space is so specifically a Star Wars thing I'm amazed its taken so long to devote an onscreen story to such a group. I can hardly wait to see their fighters in more detail (assuming the fighter in the logo is the basic design concept).

In conclusion, the Force is still very strong in the entertainment world and our fandom. I may be labelled a die hard optimist, but I'm got a good feeling about this.