Before I get to the posts I really want to discuss, I feel it might behoove me to update everybody on my current 'State of Gaming' at this time. 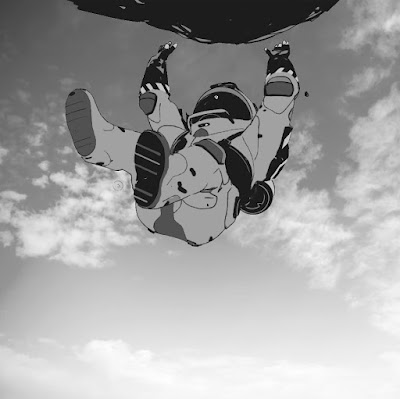 Illustration based on the work of Calum Alexander Watt

I ended 2018 and began 2019 with two separate one-shot games with different groups.

On December 30th I ran The Orville Adventures, a 6 hour session of Modiphius Entertainment's Star Trek Adventures using the setting of the Sci-Fi Dramedy TV Series, The Orville. We had four players and myself and it was an absolute blast. A ton of fun.

On January 1st I ran two my girlfriend and my good buddy Dave through a fairly simple D&D scenario using a homebrewed version of the game set in my own universe of Aerth. It was OK. Kind of meh. We were all tired and not really focused on the game. It happens.


The first campaign I am running is the continuation of our ongoing Star Trek Adventures campaign, Star Trek: Prosperity, now in it's fourth year!

The campaign features four players, all males, with bi-weekly sessions lasting about 4-5 hours.

Season 4 will see the return of all four regular players as well as (hopefully) periodic guest-stars just like the previous three years of the campaign. This Season will go back to more episodic adventures (unlike last Season's overarching meta-plot) with a greater focus on the characters, their relationships, and their backgrounds. Something which was last touched upon in the second half of Season 2.

The second campaign I'm gamemastering is the continued Champions 4th Edition game, Champions: Revival. The game has only had about 8 or 9 sessions at this point but it is coming along nicely.

The game is run monthly, in 6-8 hour sessions, with five players, four male and one female. At least four of the five show for every sessions but one player or another has missed a session or two due to scheduling conflicts.

Utilizing the setting created by my friend William for his epic, ten year long campaign in which I was a participant in high school, this series features an alternate timeline from previous campaigns I've run in the same universe.

The team is interesting and their approach to 'superheroing' is kind of atypical. If the average Superhero team is akin to Police, these guys are like a SWAT Team or even Seal Team Six. Within a very short period of time they've earned the respect of PRIMUS (a SHIELD type organization that traditionally doesn't like Supers) but rubbed some of the mainstream heroes the wrong way.

The threat level of their opponents is rising rapidly as well, so I am really looking forward to seeing how they handle tougher adversaries who have it in for them.

Our Hogwarts/The Wizarding World of Harry Potter campaign is going strong and that too is in its fourth year. We are already 4th years in the game I believe and I am curious to see where we're going from here.

I really like my character, Ravenclaw student Francis 'Frank' Pellgrove. In fact, I like him more than I expected to. I haven't enjoyed playing a PC this much in a very long time. I am looking forward to seeing where his life and adventures take him, though I'm really in no hurry to see him graduate and leave Hogwarts.

This campaign is run bi-weekly (alternating with our Star Trek: Prosperity game), with 4-5 hours sessions. There are four players including myself with said players being the same group as the Star Trek Adventures campaign. The Hogwarts game is run by my friend Alex using a homebrewed system inspired by Apocalypse World.

I am also in a Wild West campaign run weekly using a modified version of Savage Worlds. We've had about half a dozen or so sessions so far, each lasting roughly 4-5 hours. There are five males players in this game, though it is rare that all five are present for every session. I have been in every episode (I believe) as has my friend Alex who plays my character's nephew.

The game is, at it's heart, the story of the small boom town of Dunton, Colorado during the Silver Rush of the late 1870s. At the same time, because the two most consistent players are my friend Alex and myself, it's really become the tale of our characters and their enterprise of 'THATCHER and Thatcher'.

Once again I have a character I quite like, 'Professor' Milford J. Thatcher. I love the way he and his nephew 'Buddy' banter and interact. The GM is doing a bang up job at least partially thanks to becoming completely obsessed with classic Western TV shows and films over the past few months.


That's where I'm at right now. I have plans to run another campaign to begin very soon but I need to lock down a few things first and finish the write ups for some of the games elements. More on this as it progresses.

I started this post nearly a week ago and it's FINALLY finished. Geez.

Now I can get to other things such as my current love...wait, let me just check out the latest episode and then I can talk about it.