Sorry for the long delay in getting back to my blog and coverage of Tabletop RPGs in Japan. I've been busy with some real world concerns, most of which have already been dealt with and the results have been positive. Although I am still struggling with some elements, things are generally looking up and so I can get back to doing what I love - jabbering about obscure subjects only a handful of people care about. Yay me!

While I have you here, I thought I'd update you on my 'State of Gaming' and where I and this blog are going in the near future...

These days I am only playing in one game and it's a great one. I am currently in year five of our bi-weekly Hogwarts/Wizarding World campaign. This game continues to be amazing and I am absolutely loving it. Kudos and thanks to my friend and Gamemaster Alex.

I am currently running my ongoing Star Trek: Prosperity campaign, a bi-weekly Star Trek Adventures game now in its fifth year of real time. 'Season 6' has had a bit of a 'Horror' feel to it and remains popular among all the players and myself.

Additionally, I am running a weekly Mobile Suit Gundam game, UC 0079: The Siege of New York, using my homebrew Mecha System Variant game mechanics. I have decided they need more playtesting and so that is essentially what I am doing as I run this campaign. The campaign is likely to end soon and I am not entirely sure what the follow up will be.

Later this month I will be starting a Champions 4th Edition campaign set in the my favorite milieu, the Champions Universe of my friend William Corpening's 10+ year campaign. Tentatively, this campaign has been titled 'Champions: UNITY'. I have not revisited this world or the Champions game since the passing of my friend Dave Cotton. It is a little melancholy to think about running a Champions game without Dave but I think it's time and I will be introducing the setting to a group largely if not completely unfamiliar with it which is very exciting. It's a 'Dedicated to Dave', spread the love kind of thing.

Finally, and this is big, we are tentatively set to run the final Episode/Session of our ALIEN FRONTIER campaign on August 7th. This will be an in-person game, not remote, with roughly 8 players and myself, at a public play location. More details as they become available. So excited for this I don't even have the words.
There is a lot more I'd like to talk about but most of it is not directly related to the games I'm currently playing in and running. Instead, my goal is to get back to the subject of Japanese TRPGs and so I'll end here with this... 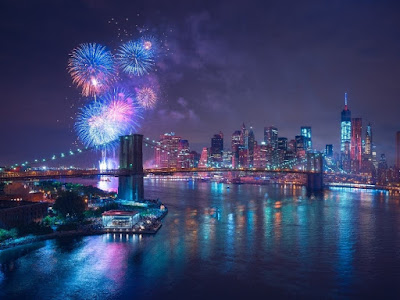 Happy Fourth of July to the United States of America and all my friends and family who dwell within it. Though an imperfect work to put it mildly, it is nonetheless a grand experiment and a thing of beauty. As we celebrate, let us also contemplate how to truly progress and improve for the betterment of all people.
AD
Barking Alien