Prior to this post, I have only mentioned Close Encounters of The Third Kind, the 1977 Colombia Pictures Science Fiction film directed by Steven Spielberg, in a blog entry twice before. 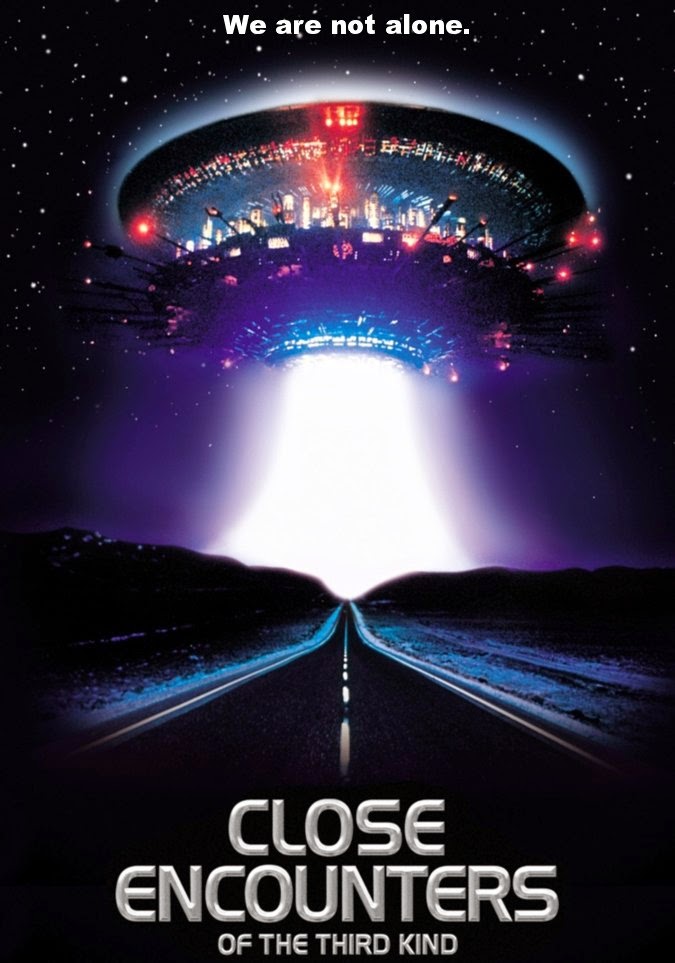 Few films have had a creative impact on me quite like this one.

Close Encounters of the Third Kind was the first, and last, film I ever saw with just my Dad.

I don't recall why, but it was only he and I in my Grandfather's theatre that day, with my Mom, and baby sister (only 3 years old at the time), elsewhere. Again, why this was,  I don't remember.

I wanted to see it because it featured UFOs, this cool looking mountain with a flat top, and it just looked spooky, and weird.

My Dad wanted to see it because Richard Dreyfuss was in it, and he liked Dreyfuss as an actor. He became of fan of Dreyfuss after seeing him Jaws, and remembered him for his role in American Graffiti.

While we didn't really have a ton of interests in common, he did see eye to eye on a few subjects. He liked fishing, we liked spicy food, and we loved good movies. It didn't matter if it was Science Fiction, a comedy, a mystery thriller, or a Disney musical. If it was quality, we could tell.

Some of Spielberg's best directing was on display in this film, and the effects were amazing for the time. Actually, they still hold up remarkably well. There were wonderful acting performances by Dreyfuss, and Francois Truffaut, not to mention Melinda Dillon, Teri Garr, and even three year old Cary Guffey, who played the young boy in the film. Combined with a very atmospheric score, incredible and diverse set locations, and a great story, Close Encounters remains one of my favorite films of all time.

My Dad liked it too, and it remains one of the few Science Fiction films that I recall him really taking a shine to. So much so that he took me to see the 'Special Edition' version, essentially a director's cut, when it came out in 1980, though that time we had my sister along as well.

Did I mention the film had a big impact on me? It did. Huge. Mothership sized.

Aside from the subject matter - Humanity making peaceful contact with an extraterrestrial intelligence - there are numerous, complex, and subtle themes going on that are not addressed directly, but are clearly present. There are religious, and psychological overtones, ideas on how we perceive the universe, how we communicate, and much more.

I am absolutely enamoured with the cinematography, and the direction of this film. Much of my early Gamemastering  success came from watching Spielberg's movies, this one especially. Watching it repeatedly in later years helped me develop a better sense of how to set a scene, how environment can become a character onto itself, and how to create a sense of mystery, and creepiness, without resorting to gore or being otherwise overly obvious.

Spielberg at that time was a master of mood, with an uncanny ability to mix just the right proportions of humorous and tense, heartwarming and terrifying. The elements of classic UFO sighting stories are clearly visible in the film, but presented in a very personal way in the motion picture. 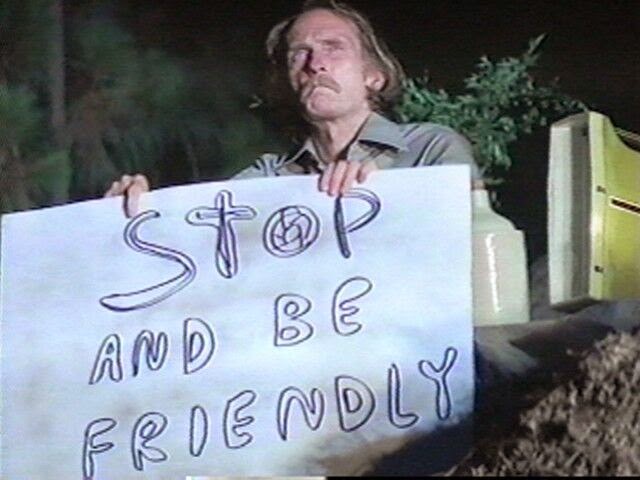 If you haven't seen this movie, or haven't seen it in a long time, go watch it again. Trust me. You'll love it (possibly all over again).

How do you game Close Encounters of the Third Kind?
The film does not translate easily to a table top gaming scenario in a direct way. Not that it couldn't work, but it is a very tight narrative, with very open ended questions left unanswered by the film's end. 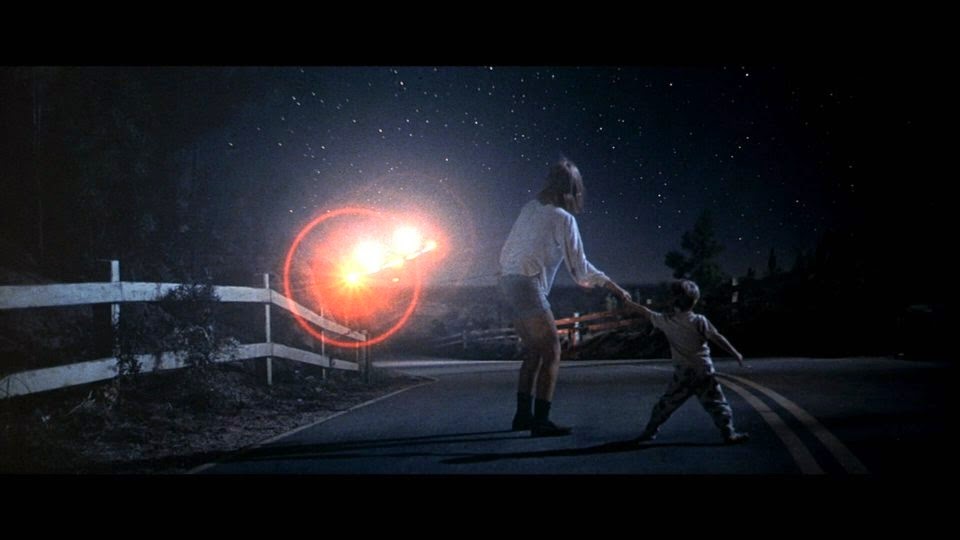 That doesn't mean UFO focused games can't work. On the contrary. I have been working on a UFO RPG pet project for some years now. While my personal idea is more of a Science Fiction/Comedy game, I am very much interested in doing something more serious as well. I've entertained several Close Encounters inspired ideas over the years, and continue to do so, although I've rarely gotten the chance to run any of them as of yet.

Imagine a 1950s/60s 'Project Blue Book' version of the X-Files, or a downplayed 'Men In Black' (that isn't as comedic, and over-the-top). What about a variant of Gerry Anderson's UFO that features the secret organization SHADO fighting a clandestine war against aliens that the world at large is not aware of.*

This is another one of those subjects I could talk about forever. I couldn't get enough of magazines, news articles, books, and TV shows about flying saucers. It was the mystery that drew me in, the unknown as much as the possibility of alien life. I grew up in the age of UFO sightings, Bigfoot, and the Loch Ness Monster being major pop culture components. Close Encounters was therefore not only fascinating and fun to me, but relevant.

In our modern world of satellite tracking, and digital photography, such mysteries as lake monsters, and giant man-beasts are hard to believe. Our technology would find some evidence, our science would locate some definitive clues.

UFOs on the other hand, by their very nature, still baffle us. Remember, UFO means Unidentified Flying Object, not 'Alien Spaceship'. We have not proof that aliens are visiting, but you can not deny that there are things people have seen, that they simply can not identify.

Imagining what those things are, and what a close encounter with them would be like, is where the magic happens.

Perhaps, hopefully...We are not alone.

*There was a Manga at one point, published by the same company that produces the Japanese model magazine 'Model Graphix', that was set in what appeared to be an alternate universe take of Anderson's UFO. I used to get that Manga, and it was definitely be a major source of idea if I were to run a UFO based game.