Get to Know Me!

I'll like to take this opportunity to greet first time visitors, and long time followers, and welcome you all to the 2015 edition of my blog, Barking Alien.

Going to do something a bit different for this first post of 2015 (at least different for me), and give you some crib notes about me, the blog's proprietor, as well as the blog itself. 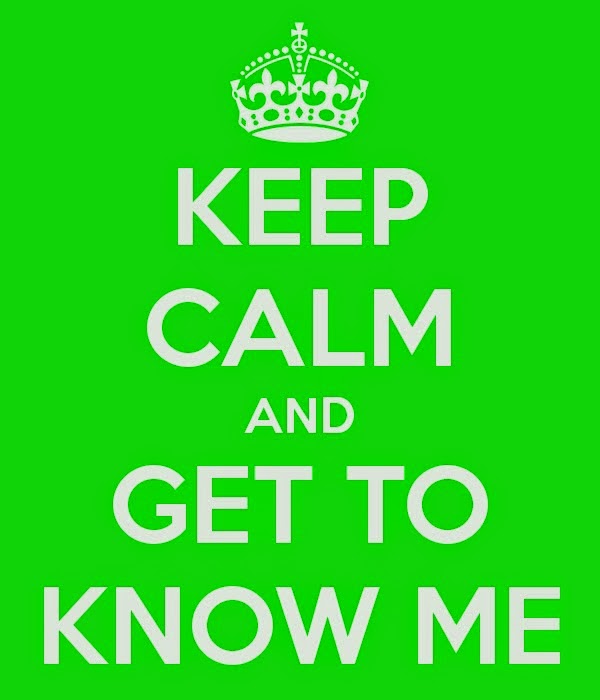 To begin, my name is Adam Dickstein, and this is my blog, Barking Alien.

It was really started a few months before that, although in the three months or so it existed, I received so few views, made so few posts, and was just so generally dissatisfied with it, that I deleted it from existence, and started over.

The name, 'Barking Alien' is a multi-layered reference to a number of things.

First, and foremost, it combines my love of Dogs, and Science Fiction, two subjects near, and dear to my heart.

It is also a nod to my mascot character, Bartholomew B. Barkley, a snarky, smart alec, green furred, alien dog who first appeared in a Galaxy Quest RPG adventure I ran. Barkley would later go on to appear as an NPC in a number of other RPG campaigns, settings and systems. He also appears periodically on this blog.

Lastly, and certain not least...ly, it embodies the idea that sometimes, no matter how carefully, passionately, and loudly we say what we think, and feel, it's like we are speaking an alien language to the people we most want to reach.

The purpose of this blog is to serve as a creative outlet for my thoughts, and opinions on my favorite subjects, which include, but are by no means limited to:


Of the 845 posts to this blog so far (this is the 845th by the way), 688 of them are tagged with RPG. This has been, is, and always will be, primarily a Role-Playing Game blog that occasionally talks about other things (especially if they relate to RPGs).

Trust me, that ain't about to change.

My absolute favorite 'fandom' things are The Muppets, Star Trek, and DC Comics of the Silver, and Bronze Ages. You will very likely see more posts about these things than anything else.

You will not see very much of the things I don't really care for, unless I am griping about them, or they've done something particularly positive, and notable. I give credit where credit is due, and will call out the strengths of something I dislike, or the weaknesses of my most beloved fandoms if I feel it is warranted.

Dungeons & Dragons, most Fantasy RPGs, and traditional Medieval Fantasy in general.
The Iron Age of Comics (the 90s mostly).
The current version of the DC Comics universe entitled The New52.

Based on the total number of page views and/or the number of comments, some of my most popular posts include:

Some of my personal favorite posts include:

Kingdom Come
Locomotive Breath
Y is for Yes, Say It and Feel Fine

My greatest achievement on this blog, without a doubt, was in March of 2011, when I produced a series of posts detailing my completely unofficial, totally fun, Muppets RPG.

That was the month I received about double the views of any month prior, numerous cheerful comments, including some in the form of direct emails and messages, links on sites from The Muppet Mindset to two Polish RPG websites, and just tons, and tons of positive feedback.

Please check it out if you haven't already.


***
Lastly, I would like to thank a number of people who, directly, and indirectly, make this blog not only possible, but as fun as it is to do.
I'll begin with my group, some of the best gamers, and friends, a fellow could have. Special thanks to Andy, Dave, Hans, Marcus, Ray, Steve, and Will.
Additional thanks to some of the greatest gamers I have every known, who have gamed with me in the past, the present, and hopefully again in the future:
Allen H., Dan R. and the boys (Arthur, Danny, Leo, Ross, and the rest), David C., David P., Joe C., Joe V., Kenichi L., Martin K. (Rest In Peace), Martin L., Pete H., Selina W., and William C..

and so many, many more!
I would also like to thank a number of other bloggers for their continued support, interest, and inspiration. It would've been all but impossible to continue doing this without the input, and encouragement of:
Lowell Francis of Age of Ravens
Charlie Atkins of Dyvers
Jay of EXONAUTS
WQRobb of Graphs, Paper, and Games
Jeff Rients of Jeff's Gameblog
Noisms of Monsters and Manuals
Zack Smith of PD&DWPS
F. Douglas Wall of There's more to Oz than the Yellow Brick Road
and
Lord Blacksteel of Tower of Zenopus
There are dozens of others I'd like to thank, and I could easily turn with post into a small novel about my experiences with Barking Alien, but this must suffice for now.
I'm really happy to still be doing this after 6 years, and hope to continue for a long time to come.
Maybe this will start a meme? We've spent this whole time talking about me, but I want to get to know you better too.
Look forward to seeing you around here more often.
AD
Barking Alien


*There is one additional person I must thank for my continuing work on this blog, and to be honest, for help in keeping my sanity when real life takes its toll. If not for her, I would probably not feel quite as encouraged. Why? Because this person is not, by nature, an RPG fan, yet still she comes by with kind words, funny comments, and sometimes even direct participation in my online shenanigans.

Thank you Ivy, The Happy Whisk. Much love to you, and Tim, for your warm, gracious, and generous spirits. Oogie Boogie!