Having just finished listening to the Play on Target Podcast episode, '2014 in Review', I starting thinking about my own experiences in gaming this past year.

Now I'm sitting here, listening to Steely Dan, preparing to share my thoughts with all of you.

Life is funny that way. 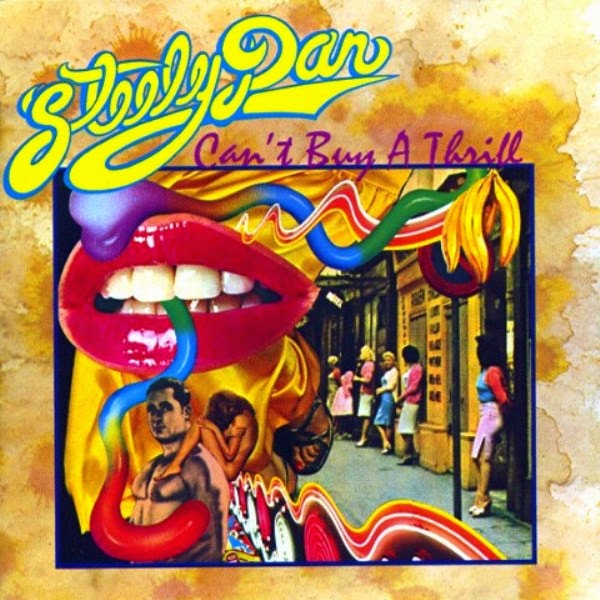 This has been a rough year for me personally, and financially. Gaming wise, I've had a number of campaign attempts begin with fantastic false starts, but die quickly, running into snags, or simply having no staying power.

Although my primary gaming group and I have been together a little over two years now, we still experience growing pains, differences of vision and opinion, and though I am loathe to admit it, we're only Human.

Remind me to get that fixed.

Still and all, it's been a pretty damn good year for gaming. For all the attempts that missed the mark, one or two have bullseyed the target in a big way.

My main group continues to enjoy the living daylights out of our Traveller campaign, Operation: PALADIN. It boggles the mind that this thing has outlived the other campaigns we've tried to get going. It experienced, at one time, or another, all the problems that laid low lesser games, saw one player move, another was kicked out of the group (he's back now, but not yet in the Traveller campaign), and has been delayed numerous times due to difficulties with scheduling during the November to January Holiday season.

Yet still it endures. Heck, it not only endures, it excels. It's awesome. I can't wait to see what happens next.

Now we're making another attempt at a Champions/Superhero campaign, one of the game types that has eluded us up until now, which stinks since Superheroes is my favorite thing to run after Star Trek. Will it work? It hasn't in the past, but the first session went great, and my Magic 8 Ball says all signs point to yes. I'm hopeful.

By nothing short of random chance, I bumped into a fellow in the street that I had gamed with at the last RECESS Game Day event. That was...a year ago? Two? We exchanged numbers, and the next thing you know we're gaming together fairly regularly. It turns out we live about 10-15 blocks away from each other, which in Manhattan is a leisurely stroll.

The guy is really cool, his friends (now my friends too) a great group to game with, and I'm getting the chance to play in Superhero games as opposed to running them, while getting to run Star Trek. You can't make this stuff up. Awesome sauce, I'm telling ya.

My weekend job at the tutoring center affords me the opportunity to use RPGs as a learning tool to teach kids, while simultaneously having fun at the same time. In addition, everything old is new to them, so I've been able to use games I feel nostalgic about, and see completely new approaches to them through my interaction with this younger generation of 'players'.

So incredible, so rewarding, and so enjoyable.


***
Now, on to my thoughts inspired by listening to Play on Target...
***
First, and foremost, and at the same time least, my thoughts on Dungeons & Dragons 5th Edition.

It's a well known fact that I really don't like generic, medieval High Fantasy. I don't like it. I find it so boring, so...so trite. More so than any other genre, D&D style Fantasy practically reeks of same-old-same-oldness, and been-there-done-thatness.

I've now run D&D 5E twice, and with each attempt, I like it less.

Play on Target points out, and rightly so, that what elements 5E has that are exciting people, and are new for D&D, are things that are practically old hat to the larger gaming community. If even the snazzy new doo-dads are stuff I've seen many times before, what does the game have to excite me?

Oh wait, it has all the best elements of the old editions. Really? The very best of mediocre, eh? Sorry, but if I wanted to play that, which I don't, I already have it. Many have said it reminds them of AD&D, both 1st and 2nd. Unfortunately, I grew tired of AD&D right around the time it's 2nd edition came out. I hardly ever played 2nd.

Fifth does nothing for me. Nothing. It's a really good game. A great version of D&D.

I don't like D&D and 5E does nothing to change that.

I got to run Golden Sky Stories (Yuuyake Koyake) for the kids at the center, and it was both great, and something I think I'd really liked to explore further. I don't think we did as much as we could with it. I see greater potential for using this game to teach problem solving, and how to handle different [interpersonal] relationships, but I haven't had time to really devout time to this project.

***
I've gotten to play in a pretty darn fun Superhero RPG of Kapow! over Google Hangouts this year. Originally, the campaign was run by the games creator, but due to a recent job change (Congrats Josh!) the reins were taken over by another player, and he has done a bang up job.

We haven't played much over the Holiday season, but I hope we get back to it soon.

I only got to GM over Google Hangouts once, or twice, the whole year. I...liked it? I don't know. I enjoyed it, but in comparison to playing face-to-face it doesn't hold a candle.

I didn't go to any conventions at all this year. As said in the podcast, "Sad Panda".

My purchases have been minimal this year. Largely, this is because I have little to no disposable income. Another reason is that there is so very little I am interested in on the market right now.

I honestly can't remember the last game I bought. The last items I recall include Base Raiders...something for Mutants & Masterminds maybe? Really can not say for sure.

There is a moment in the podcast where the participants discuss the fact that it's very easy, and therefore enjoyable, for them to play in genres, and games, with which they are familiar. This means, at least to my ear, that if they have played, or have been playing, let's say a Fantasy game for example, they prefer to keep playing that game or genre, because preparation for it is simple to non-existent. They are so in tune with their chosen game, that they hardly have to prep to make a session, an adventure, or even a campaign work.

That whole thing bothered me.

It was a discussion all about what they'd learned. I'm trying not to judge, or be snarky, but honestly, I'm gonna fail. You've been warned.

It sounds to me like they've learned to be lazy.

Now I don't really mean that. I don't mean to say that they've become lazy GMs, who are just phoning it in. Not these guys. These guys are awesome, creative dudes. That's why I not only listen to them, but they produce my absolute favorite podcast.

Rather, very generally speaking, I am bothered by the idea of becoming too comfortable with a particular system, or type of game.

It also seems to me that it's a fairly common phenomena. So many people play D&D because they have played D&D before., or their family and friends have. Because D&D is accessible without much effort. D&D is easy. Playing it more, and more, it becomes easier, and easier.

Hey, I like easy as much as the next guy. I also think if I did everything the easy way, I would get really bored, and I'd never learn anything new.

I like doing prep. I might gripe about it, but more than likely I gripe over not having enough time to prep. I love prepping for a game!

I like researching Inuit mythology for a folkloric fantasy game set in pre-European contact Greenland. I could run Star Trek, Star Wars, or Traveller again, but I'd LOVE to run Space:1999, or original version Battlestar Galactica. I loved those shows, but I haven't watched them in years. I'd need to do quite a bit of reading, and renting on Netflix, to run a game set in those universes, but man the end result would rock. Marvel Heroic? I know Marvel very well (although not as well as DC), yet learning Marvel Heroic was a very new, very different experience when it came up.

Don't be lazy. Work for your fun. Put some blood, sweat, and tears into it man!

What have I learned this past year? Hmmm.

The main thing I'd have to say is that I desperately need to get my edge back. I need the players to be a little more concerned for their PC's well being. I need to generate more physical conflicts in my otherwise cerebral games, just to keep the players on their toes. I did it in the past, became a bit too nice, and now I'm working toward re-establishing my skill at kicking ass.

All the best in 2015 to you and yours from Adam, Delilah, and of course Barkley.