As I wrap up April and move on into May, I wanted to say thank you once again to everyone who came by this month and made it such a fun time. In addition to getting a record number of views for the blog's 12th anniversary year, I also received far more comments then usual. That really means a lot to me and I hope everyone continues this trend as I move into other territory. 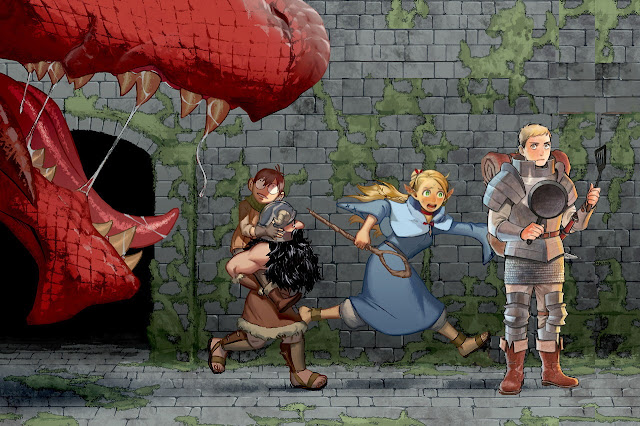 Eat or be eaten in my homebrew 'Delicious in Dungeon' TRPG.
Coming soon...

I have decided that I am going to develop a homebrew 'Delicious in Dungeon' TRPG instead of a more general Anime/Manga Fantasy game. This is going to take some time so meanwhile the blog will move on from Anime and Manga to cover some other subjects.

Posted by Adam Dickstein at 8:43 PM