A is for Anything 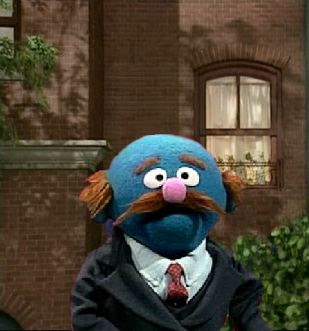 "Hmmm...Pardon me sir but I was wondering if I could get in on this 'Role Playing Game' you speak of?"

"Why sure. Everybody is welcome to play. Here's a character sheet." 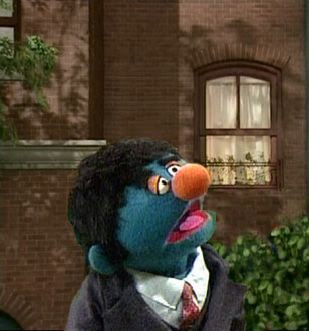 "Hey there that looks like fun! Got one for me too?"

"Definitely. The more the merrier. Here you go." 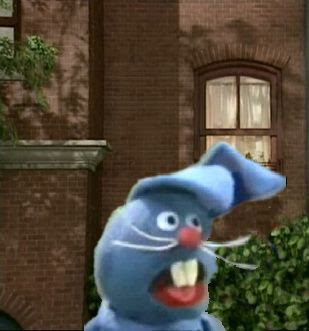 "Hi, I'm a bunny who just happens to look a lot like the two guys you just spoke to. Can I play?"

"Yeah. Sorry I tried to fool you. I just wanted more characters to play than anyone else."

"Well, that's ok. I forgive you. Everybody plays multiple characters in most Muppets games anyway."

An Anything Muppet is similar to its Whatnot cousin but also quite different in many aspects.

Whatnots, while modifiable, are generally single Muppets with set features that can be adjusted and redressed for various parts. There is only one of each Whatnot, giving them some uniqueness in their default form.

An Anything Muppet is customizable to the point where it can be a Rabbit one day, a Person another day and a Twiddlebug the next. Often there are multiple copies of a particular style of Anything Muppet. Sometimes there are variants on a single style, such as a large round headed blue Muppet (used to make 'Fat Blue', the customer seen in all of the Waiter Grover sketches) who comes in a hand and rod version and a live hand version.

What does this mean for the game? Well, creating an Anything Muppet is similar to creating a Whatnot except all Specialties are Temporary. You give them to the Anything Muppet when you need to use the Anything Muppet. Also, it would be cool to draw the Anything Muppets in a way that you could remove the eyes, noses and such and replace them whenever you want to. Not sure how to do that exactly but ideas include reusable stickers, Colorforms, made the heads and parts out of play-doh, use magnets and a magnet board or (maybe best of all) draw them on a dry erase board.

This got me to thinking...

In the Sesame Street variation of the game, why not have each player choose to play one Person, a Human Cast Member that is, a troupe of say, 3-5 Customs and then leave a pile of index cards with Anything Muppets on them that can be picked up and played as needed. Anythings are much less viable as character then the Whatnots are but could still be a fun part of the Muppet RPG experience. Remember, there are Anything Monsters too!

Hmm...I suppose the Honkers and the Dingers could work this way too unless you wanted to elevate one to main character status.

"Hey guys Big Bird's back and he brought Snuffy, Zoe and Rosita."

"This is fantastic! Elmo, Telly, you guys fill everyone in on what we've covered so far. I'm going to need some super help with the next part."

"When you need super help on Sesame Street there is only one place to turn..." 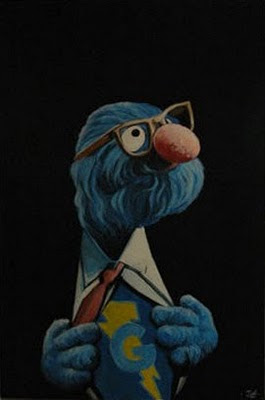 The Muppet for Rosita originally had extra material that made her arms resemble wings. Her original name was Rosita, la Monstrua de las Cuevas or Rosita, The Monster of the Caves. She is one of my favorite of the 'newer' Sesame Street Monsters, though she was actually introduced in 1991.

I like Elmo but, I confess, I don't love Elmo. I'm liking the character more in recent years as the producers and creative staff of Sesame Street have toned down the character's considerable over exposure and given more screen time to other characters I like more, such as Telly, Cookie and of course Grover.