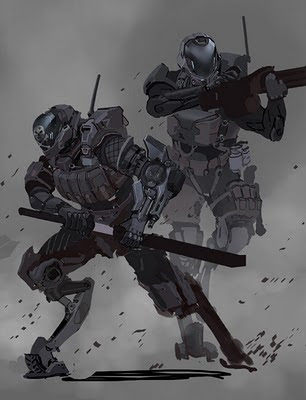 To me, the concept of a Class in an RPG falls into three main areas:

Class as Iconic Profession
This is the default D&D/D20/Palladium, etc. idea of classes. These are basically jobs that are easily and often boldly defined by looking to our favorite characters in the fiction of the genre. Conan is a Fighter or a Barbarian, Gandalf is a Wizard, Aragon is a Ranger, etc.

This is my least favorite interpretation as these Classes are often (though not always) given less customization options and don't define some of the genre's more unusual characters. Elric is not exactly a Wizard and he can fight with a bad ass sword. Gray Mouser is a Thief who also know some magic. You get what I'm saying.

Class as Templated Skill Set
This is sort of the 'Class-that-isn't-a-Class' system used by D6 Star Wars, ICON and FASA Star Trek (Decipher's CODA feels like a cross between this and the Iconic Profession which is why I'm not as keen on that game*), numerous modern and military themed RPGs and even to some degree point based systems like Mutants & Masterminds and Champions.

Now that wouldn't be standard for the latter two but both give you the option of using a template or purchasing a package of abilities where the math is already done for you. For Champions/HERO System, this is much more popular in its spin offs like Fantasy Hero and Star Hero so everyone who wants to play an Elf or a particular alien species can simply purchase the same package.

Class as Classification
Now this one is something I've been thinking about for years and years. The word Class in this context always makes me think of a classification or a type. So the job or profession of Fighter, Paladin, Cavalier or Barbarian would all fall under the 'Class' of Fighting Man for example. Wizard, Cleric, Druid and Sorceror would called be considered Magic Users.

I can't think of any RPGs that do it quite this way off the top of my head but I'm certain I remember encountering this idea before. If you guys can think of any let me know.

What am I getting at with this? Well how about the following Classes for Aliens & Astrobases:

In addition to two 'special' Classes

To this Class you get to add a Profession or job that gives you one special ability or skill like ability and gives you some variation. Professions might include Pilot, Explorer, Medic, etc. There for you could play a Combatant Medic, a Combatant Pilot, an Enigma Soldier, a Contact Explorer or what-have-you. Its a bit like Stars Without Number but simplified, paired down and yet I may expand the use of the base Classes to make them more distinct.

Any thoughts? Back to Star Trek...


*I must say that while Decipher's Star Trek game isn't my forte', I think their Lord of the Rings RPG is somewhat underrated. The CODA system works much better for that game and it was pretty cool to run. If only Decipher as a company had had some clear idea of what the heck it was doing with its RPG lines....

Posted by Adam Dickstein at 8:38 AM