There are some truly fantastic characters that I want to cover in this Character Creation Challenge that I feel have already been covered on this blog in such detail that I'd rather give some attention to lesser or unknown ones who haven't received enough love.
That said, with only 31 entries in total, not giving props and kudos to those PCs and their players who have absolutely elevated my hobby experience seems wrong somehow. There's always next year to cover this Champions NPC or that Mekton PC of mine. Let's lean into 2021 with some of the best of the best.
Like... 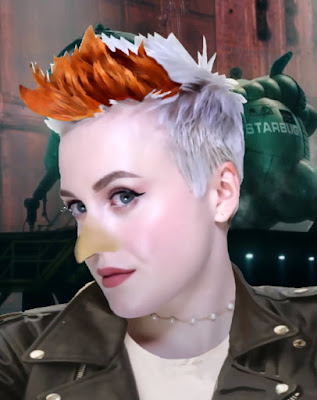 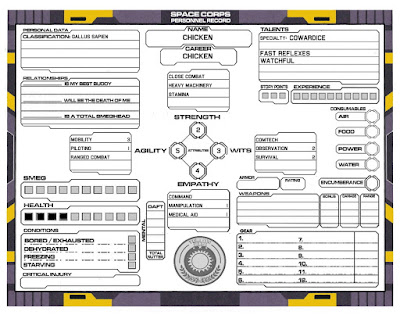 Specialty is something I added to the game to facilitate turning the Sci-Fi Horror and Suspense RPG of ALIEN into the Sci-Fi Horror and Comedy of Red Dwarf. Each PC has a bonus/additional Action Die when doing something that aligns with their particular Specialty.
In the case of Chicken, if she freaks out about something she is actually more likely to succeed. Since she freaks out often, alright usually, OK FINE! nearly always, she actually succeeds a lot as well. It's basically a bonus die for playing your character as you described. 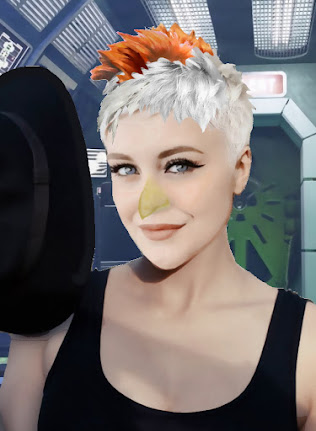 Next up we take a trip to the ass end of space in hopes of finding a way to say the Earth. Before we can do that though, we have to save ourselves. Hopefully, Dr. DAVID MYERS can help.
AD
Barking Alien