The title of this post comes from a line in the original 1984 Ghostbusters film. It's one Peter Venkmen says to Ray Stantz when the latter is concerned about taking out a mortgage on his family home to finance the start up of the Ghostbusters operation.

It is also the line that, for me at least, embodies all the potential of the Ghostbusters IP. A potential that the fans definitely understood, even if Columbia Pictures didn't.*
There are, right now as I type this, an estimated 500+ Ghostbusters fan clubs across the USA, Canada, and abroad including the UK, Australia, and South Korea. Each refers to themselves as a Ghostbusters 'franchise' in a nod to the very same line I mentioned above. 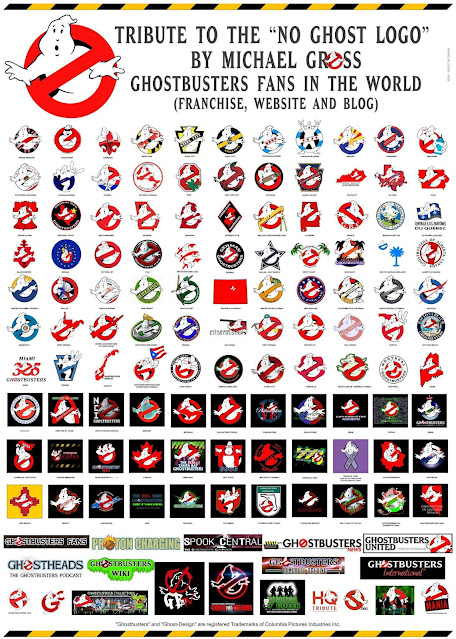 In a podcast interview I listened to years ago (I forget the name sadly) a member of one such franchise discussed his head canon for the existence of his club. Paraphrasing, he said that the fan clubs exist in a parallel continuity to the first two films wherein Crossing the Streams dispatched Gozer from our dimension but permanently weakened the barrier between this world and the next. Ghosts, Evil Spirits, and other spooky things sometimes get through and so the Ghostbusters franchises exist to beat back the darkness. This is my head canon as well and the basis of the setting of any Ghostbusters campaign I run.
It baffles me...OK, mini-rant here...it absolutely baffles me that every time we get a Ghostbusters movie after the original, 'Ghosts haven't been seen in ages!' Each time we start from scratch, with the idea being that defeating Gozer got rid of all [or most] the supernatural activity in the world. WHY?!? Why shoot yourself in the foot like they? Why do companies say, "We did this awesome thing people liked but I guess we'll never do it again", while at the same time having a love affair with sequels and reboots? Why not leave yourself an out? Why not keep the door open? You don't have to commit to anything but its there if you want it. Ugh!
OK, back to business...pun intended.
In this post I'm going to address putting a Franchise together but saving the mechanics of Franchise Dice for the next post. Here they are noted on the right hand side of the Character Sheet for future reference: 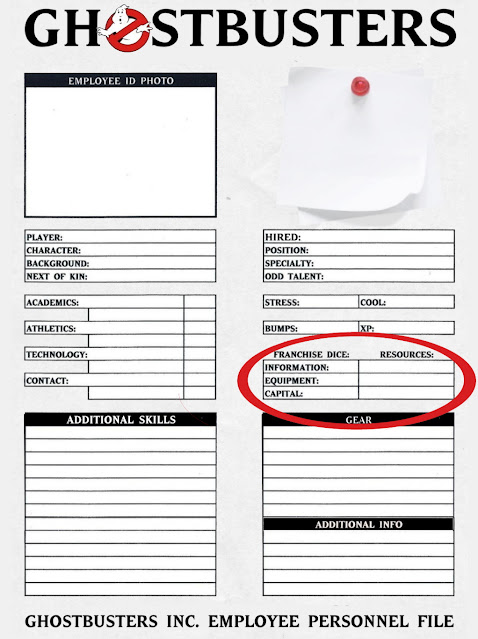 Before we discuss the rules I think it's important that we talk about what goes into the Franchise as a part of developing a campaign. What is it and what does it mean to the Players, the Player Characters, and to the world/setting the GM is building.
The Nature of the Franchise
The first concern is what state is the Franchise in. This will relate directly to the Franchise Dice later on so keep that in mind. Consider the answers to these questions in the development of your PCs Ghostbusters branch.
Is this Franchise new or well established?
Did a wealthy investor establish this or did desperate friends pool their last few bucks?
Are we looking at a well-oiled machine or a sinking ship held together with spit and tape?
Get the character of the Franchise and it will inform many aspects of the campaign, especially the tone. Some of the humor in a Ghostbusters game can come from the make-up of the business.
The Headquarters
I am going to skip discussion of where the Franchise could be located as that could be virtually anywhere. I may go into some options at a later date but for now let me focus on the aspects that I've found most directly effect the PCs from session to session.
One of the things I love about many of the games I run is that the PCs aren't hobos and they don't have to wait to establish a home. The Player Characters here start with a base of operations, not only a place to hang their hat but a location to call their own and more importantly make their own.
Developing and customizing a building to serve as the home base is a lot of fun and makes the PCs consider what makes for a good Ghostbusters HQ since what they end up with is on them.
Again, questions arise: Do the Ghostbusters live there or is this just where they work? Where does the team keep its vehicle? Is there room for a lab? A library? A repair area/expanded garage? Is it in the heart of the city? On the outskirts? What kind of structure is it or did it used to be?
As we all know, the original Ghostbusters were based in an abandoned and then refurbished Firehouse, the actual building being the New York City Fire Department station of Hook & Ladder 8 at 14 North Moore Street at the intersection of North Moore and Varick Street. Our old Ghostbusters: The Home Office campaign took place in that same building, slightly renovated right before they moved in.
The Ghostbusters, NJ campaign headquarters was in part of a warehouse in Hoboken, NJ. A large empty space, the place was laid out like a loft with a few raised platforms and separated into 'rooms' by pre-fab walls. Although each of the employees had their own living arrangements offsite, there were cots and areas to relax in case they had to pull an all-nighter.
I've been playing with the idea of a Lighthouse base in New England, a converted Bowling Alley based on one turned into a bookstore in Niagara Fall, and even a renovated Asylum that might itself be haunted!
The Vehicle:
I am not a car guy but I could totally do any entire post on the iconic Ghostbusters vehicle, Ecto-1. Built on a 1959 Cadillac Professional chassis by the Miller-Meteor Company, this ambulance/hearse combination was of the 'End Loader' model. With its distinctive lines and curves, unique siren sound, and the group's 'No Ghost' emblem emblazoned on the door there are few in the world who do not recognize the Ecto-1. 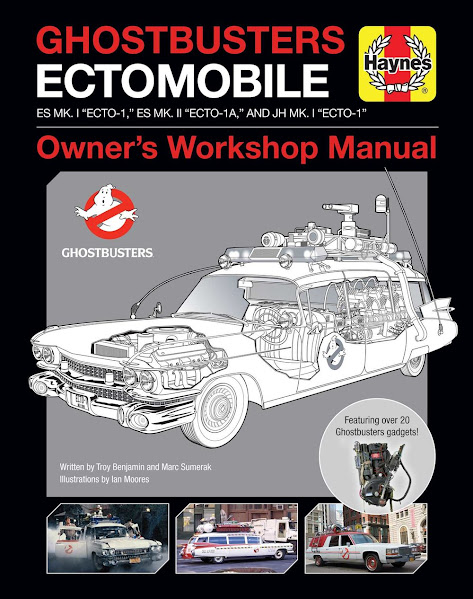 The question is...what does your group drive?
Much like the Headquarters, the team's vehicle says something about them and vice versa. Practical concerns like enough room to transport the team, carry the equipment, and how it handles the local terrain or traffic conditions go hand-in-hand with a cool aesthetic. You want to feel pride in your ride but it also needs to get the job done.
We've never had our 'Ectos' become characters in the game the way a Starship is in Star Trek or Star Wars but I could definitely see it happening. As stated in a post about notable vehicles in past games from last year, our Home Office team used a slightly overhauled version of the original vehicle - referred to as the Ecto-1+ or simply the Ecto-Plus - as well as a motorcycle with a side car and a converted Ice Cream Truck. Our Hoboken, NJ group had a 2009 Subaru Forester that we considered trading in for a 2010 Humvee.
OK, that's it for this one. Next up, the thing neither I nor Dr. Peter Venkman rather care for...More Rules!
AD
Barking Alien
Posted by Adam Dickstein at 8:01 PM