Type Something, Will You? We're Paying for This Stuff.

I've had this assortment of ideas in my head for more than a few days now; little more than a barely coherent collection of thoughts about running a Ghostbusters campaign. Some sort of Gamemaster advice I was formulating that was just out of reach. What was it I wanted to say exactly?
One of my readers, Alqualonde, practically read my mind when they wrote the following in a comment:
"How many ghosts do you have to catch per week to cover the expenses."
That was it! That was exactly what I'd been considering but I couldn't quite put words to it. In a follow-up response Alqualonde answers his own question saying, "as much as the campaign calls for". He's not wrong! I completely agree with that statement but by diving into the subject a little deeper we can see the makings of a more fleshed out game with long-term campaign play potential.
My thoughts are that a Ghostbusters Franchise's business is either Struggling, Booming, or Overwhelmed.
Struggling Franchises are always strapped for cash, eating instant ramen each night and reusing grocery bags as much as possible. This could happen for a number of reasons. For one thing, maybe there just isn't any business. A region with few hauntings or weak PKE reading results in no calls or even confirmed ghost sightings. Though obviously that could change...
It's also possible the Franchise is too good at their job and after some big cases simply finds they've 'cleaned up the town' or so it seems. The opposite can also result in a Struggling Franchise. Maybe the team messed up on their last outing and people are reluctant to call them. Does that mean the local community is just living with poltergeists or is there a competitor company racking in the dough and making the Ghostbusters look bad? Might be time to do some pro-bono work to get back in your town's good graces.
Struggling Franchise feels like it should be the default state of any Ghostbusters campaign. Overcoming hardships created by a lack of means is something most people can relate to. It makes the GB team into underdogs and we love to cheer for the underdog. It is a great source of humor as well as inter-party camaraderie and/or friction.
When Dana Barrett enters the Ghostbusters office to become their first real customer, the Ghostbusters would be considered Struggling. A Struggling Franchise usually has no more than 8 Franchise Dice and their Capital Dice are likely at 1 or 2.

Any Calls? No. Any Messages? No. Any Customers? No Dr. Venkman.
It's a good job, huh?
A Booming Franchise is doing really well, out on calls a several times a week for minor disturbances, capturing at least a couple of Focused Free-Repeaters, and running red lights with their Ecto-vehicle's siren blaring at least once a month to take down a serious supernatural threat.
This is a good time to hire an extra Ghostbuster or get an intern who can help with the administrative stuff. Might make sense to put some Capital aside for those less spooky days or invest in an upgrade to the team's Containment Unit. The GM could open a session taking a client out to dinner to flirt shamelessly...*cough*...I mean discuss their case. Maybe mention how good the car looks after they were finally able to afford a real wash and cleaning. A Booming business is a way to reward the PCs by saying, 'Hey, you guys really have your act together. Nice work.'.
The GM half of my brain says the PC Franchise shouldn't remain Booming for too long. Booming is the status with the least amount of problems and problems are necessary for the proper feel of a Ghostbusters game. That said, my Storyteller brain says let it evolve organically and stay as long as it makes sense. Don't force a Booming Franchise to drop to Struggling or raise to Overwhelmed without good reasons.
The original Ghostbusters company is booming around the point in the 1984 movie that features a montage of the team out bustin' Ghosts and media coverage of their exploits. Famed radio and TV personality Casey Kasem recounts on the air how the Ghostbusters were making headlines around the country. are at it again. At the fashionable dance club The Rose, "The boys in gray slugged it out with a pretty pesky poltergeist, then stayed on to dance the night away with some of the lovely ladies who witnessed the disturbance". A Booming Franchise usually has about 8-16 Franchise Dice (though 8 would be at the start of the Boom for sure). Capital Dice for a Booming Franchise would be 4 at least.
The extreme on the other end from Struggling is Overwhelmed. An Overwhelmed Franchise can't catch a break. Dozens of Class I and II sightings and Several Full-Roaming Vapor captures seem to be occurring daily! A good night's sleep and a relaxing sit down meal are a luxury if not a thing of the past. The Containment Unit and it's power grid are getting maxed out. Time to get a fresh jump suit, make sure your Pack is charged, and put on another pot of coffee 'cause it's going to be a long night.
When your Franchise is Overwhelmed it's time to hire somebody new. Think of this as a great way to add a new player into the campaign. Of course you could also make the new hire an NPC and they may be permanent or temporary - imagine the Ghostbusters doing a 'holiday hire' around Halloween.
Increased business of this magnitude can be a sign of something bigger and far more dangerous on the horizon so stay sharp. When Class VII entities attempt to enter our world they weaken the boundaries between this dimension and the next, allowing numerous lesser beings to come through. If such a powerful presence actually succeeds in coming to Earth we're looking at Human sacrifice, dogs and cats living together... MASS HYSTERIA!
The Ghostbusters main office hires Winston Zeddemore on the spot as they are inundated with calls to the point of needed a worksheet to keep track of them. The level of Psycho-Kinetic Energy in the New York area at the time was...well it's a big Twinkie. If the Franchise is Overwhelmed it is likely running on 17 or more Franchise Dice. Capital is probably in the area of 6 or more. Sounds good but the catch is there isn't much free time to enjoy the wealth. Also, if a major event is on the horizon you may want to save that money for repairs and hospital bills.

Oh, I got to get some sleep, I'm dying.
Well, you've looked better. You didn't used to look like this.
That is all for this post but I still have more to say on this subject and other elements of Ghostbusters gaming. I hope those who are enjoying this series of entries find them as inspiring to read as I do to write. I can't wait to talk about the Ghosts themselves!
Oh, by the way...
I have been so focused on my Ghostbusters project that I've been remiss on some meaningful announcements. 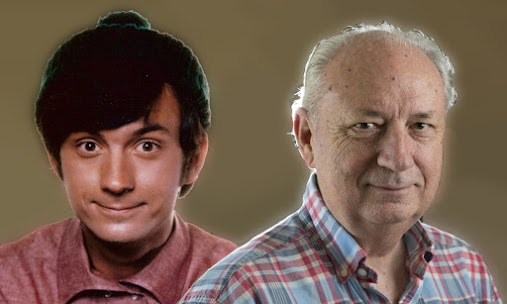 On December 10th, 2021 Michael Nesmith passed away at the age of 78. An American musician, singer, songwriter, actor, producer, and novelist best known as a member of the pop band and television sitcom group The Monkees.

Nesmith's musical credits go beyond the Monkees and his own musical career, writing songs recorded by Frankie Lane, Linda Ronstadt, and The Nitty Gritty Dirt Band. He produced several film and television projects, most notably the 1984 movie Repo Man and several documentaries for PBS. He was a pioneer in the home video industry as well.

A huge fan of the Monkees, I am deeply saddened to hear of Nesmith's passing. Love, condolences, and well wishes to his family, friends, and fans.
Now he can fly his El Dorado to the Moon. 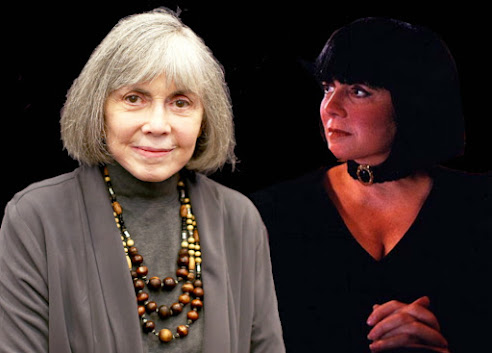 Another notable passing is that of Anne Rice, author of The Vampire Chronicles series of books that began with the seminal Interview with a Vampire. Ms. Rice, who left us on December 11th, 2021 at the age of 80, was a prolific writer in the fields of Gothic Horror and Erotic Literature, as well as other genres and subjects.
I read Interview with a Vampire and The Vampire Lestat when I was in my last year or so of high school in preparation for the release of Queen of the Damned. I thought they were very interesting and well written but I wasn't swept up in the whole Vampire movement. Still and all, Rice's contribution to the genre and its fandom can not be ignored.
Rest in Peace.
AD
Barking Alien
Posted by Adam Dickstein at 10:31 PM