As the month began, I was feeling really good about the fact that I was celebrating 12 years of the Barking Alien blog.

At the same time, I was feeling really down that I didn't have much enthusiasm for anything game related. I was feeling creatively lost and uninspired even as I was looking back on over a decade of awesome RPG experiences.

In the end I'm a little bummed that this month didn't feature the kind of festive celebration I think the blog deserved and yet I am happy to have recharged my creative batteries thanks to the advice of good friends and a little time to decompress the year gone by.

I'd like to take this opportunity to once again thank everyone who came by and supported the blog and my endeavors. Before I go and talk about next month, I have a few additional announcements.

My good buddy Leo Jenicek has posted the final entry in his Arrondissement series. With 79 entries in total it is the length of a full blown novel, though it reads like a series of inter-related short stories for much of the first half of the run. I highly recommend checking it out.

While I'm at it - giving some love to my friends and fellow creatives - I would like to take a moment to direct your attention to this post by my pal of over 30+ years, David Concepcion, a talented fellow who has been mentioned on this blog a number of times. His most recent post talks about the 'Celestials', our once and future 'Knights of the Breakfast Table' High School of Art and Design RPG club that remain close to this very day.

On that note, are you into cool people and great music? Awesome. Here's a link to another member of the Celestials gang, Antonio Jacobs, also known as Blacklieder, who is one of the hippest, grooviest cats I know. Take a look and listen.
***
Another shout out I want to give is to Pokemon, which celebrated its own anniversary this past Saturday. February 27th of 2021 marks 25 years since the release of Pokemon Red and Green, the very first Pokemon games. As you may remember, I'm a big fan and I have actually be thinking about some new Pokemon-esque RPG ideas. 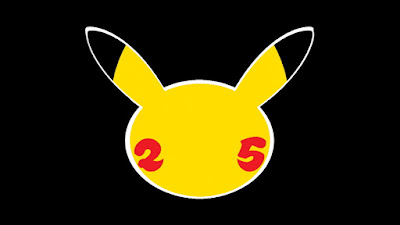 Speaking of next month...here we are! March is officially (official for Barking Alien that is) MECHA MANGA MADNESS MONTH! This March is all about Japanese Giant Robots, Japanese Comics and Animation themed tabletop gaming, and Japanese Comics and Animation themed gaming with Giant Robots! Bet you didn't see that last one coming!
As they are tangentially related, I will be continuing with my Dice Fiction / Yokai Hunters Society project as well as the aforementioned Pokemon inspired RPG concept.
See you soon and hope you enjoy!
AD
Barking Alien
Posted by Adam Dickstein at 9:55 PM