What It Is I Do

What is it that I do exactly?

What I mean to say is, what is the nature of my play style, how do I view that approach, and what do I do to make it happen? 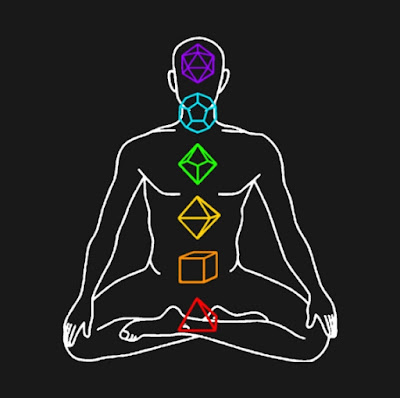 
These questions, and others like them, have been crossing my mind a lot lately.

They have been the subject of discussion with friends, the inspiration for my personal notes, and analysis, and have driven me to check out podcasts, blogs, and articles on how others answer these very same questions.

All in all I have determined this much...

I like my games to have what I consider living, breathing, open-world settings. I there to be places to go, creatures to encounter, environments to deal with, people to meet, stores to shop in, and things to do.

I like the NPCs to be people with interests, dislikes, agendas, and goals. These characters are all doing things, whether it's going to a 9-to-5 job each day, or planning to conquer the galaxy. Every single NPC (and every sentient being in my setting who isn't a PC is an NPC) can be interacted with if you want to interact with them, and you can logically figure out how to do so.

You (as a player, through your PC) can go anywhere, and do anything so long as, again, you can figure out how in a logical, setting appropriate manner. You are limited only by the established principles, laws, and conditions established in the genre, and universe.

I place inconsistencies, straight-up falsehoods, and deep secrets throughout the setting that no one is obliged to investigate, or discover, but which I personally feel would be really exciting, and rewarding if they did.

I want to include material the players of the PCs want to see. If you want political intrigue, tell me so I can include it. If you love big space battles let me know so I can make sure we have those in our campaign. If you hate wilderness adventures, and love city ones, talk to me about it. I will negotiate with you. I would be have to have fewer outdoors adventures, and more indoor, civilized ones. Perhaps you could explain what you don't like about a certain type of encounter, and I can fix it to make it more interesting.

If you want your PC to be the best pilot around, I will give you opportunities to fly a starship. If you like to tinker, and invent mad-science devices I will include rules, and chances to do that. Stealth/spy types will be given the chance to sneak around don't worry.


I will not always say yes, but I will always listen to a well reasoned idea

If you want to do something non-standard with your PC, run it by me. I can not guarantee I will allow it, but [unlike a lot of GMs I know] I will not automatically veto the idea. I will listen, and probably try to help you make it work.

As long as the concept fits the genre, doesn't break the rules systems too much, and isn't overpowered [relative to the other PCs, and the game setting as I whole], I will likely OK it.

This goes beyond character creation, and abilities as well. In my campaigns a good idea, well thought out, and befitting the game setting supersedes, or has a much larger influence on the outcome of a situation then a die roll does. That's a universal Adam Dickstein rule.

Expect things to explode, chase you, argue with you, collapse on top of you, shoot at you, and attack you with tooth, and claw. I am going to give you a lot of opportunities for action.

What I'd like from you, the player, is a sense of urgency where appropriate. I sense of adventure. A willingness to mix-it-up, and get into that action.


I like deep characters so I allow time for, and reward role-playing

Your PC should have a personality, something that drives them, and goals. I like to see PCs that seem like 'real people', or at the very least three-dimensional, well written characters. This isn't easy for every player, and I don't intend, or expect to see them gripping, and nuanced in the first session (or even the first dozen). I would like to see that kind of thought put into them, and to see the PC develop little, by little as time goes on.


To facilitate this, I try to include spaces between events in the games, breaks in the action if you will, where PCs can relax, grab a meal, and just talk. I like allowing for down time. I also encourage a smart player/PC to converse with their allies, enemies, and neutral contacts before, during, and/or after a battle, or other action sequence. Your are playing sentient beings (well, most of you. Right?), and sentient beings talk to each other (again, most of them do anyway).


I am not out to kill the PCs, but I am out to challenge the players

If I run my campaigns correctly - that is, if I execute the running of a campaign the way I want it to work - PC deaths will be rare if the players play smartly. This does not me cowardly, it means intelligently. I am not out to kill your character. I am trying to challenge you the player to use your character to best difficult situations, and in order to achieve some kind of goal.

Now let me be clear on this. Yes, I am trying to challenge the player as much as their character. In the end, the PC does not have a mind separate from that of the player. They are not an independent entity. The player makes the character's choices, and decisions, and controls the character's actions. If you play your character as not very observant, or astute, that PC is more likely to be injured, or killed than his, or her more perceptive, and wiser companions.


I really despise inaction so I penalize overthinking, and wasting time

From now on if you take more than a couple of minutes to decide what to do, I think I shall implement a rule that you either loose your turn/action, you get a negative modifier (the enemy has had time to plan a counter move, or dodge, etc.), or I will add an additional danger to the situation. This is how I always used to play. I stopped doing this for whatever reason, and now I am constantly regretting it.

I put a lot of thought into my games, and I expect a lot of investment from the players

This one is tough. It's something I didn't really realize about myself, or my games that I've come to perceive, and except over time. I subconsciously ask for a good deal of buy-in from the players in my games in order to make my campaigns excel to their full potential.

While I think it's absolutely fair to ask one's players to put least two thirds of the effort into the game that the GM does, I don't think it's right or fair that I don't tell them that before hand. I haven't made this desire clear in recent years. Why? I am not used to doing so. This was just an automatic thing for my past groups (specifically my High School, College, and New Jersey groups). It was just how we played.

I also can't really tell you want that means exactly. It very much depends on the game. It can range from: If we're running a serious, dark game, don't create a comedic character whose goofy antics constantly break the mood - to - if we are playing in a medieval European setting, don't approach everything from the viewpoint of a 21st century American well-versed in modern chemistry, and physics. The people of this era didn't know those things.

I really dislike when games become a hodge-podge, kitchen sink mess. I like when games have a feel. I enjoy it when there are rules to the setting, and the campaign that aren't necessarily the rules of our world.

The rotating justice system of a comic book universe that allows villains to escape, or otherwise return to menace the heroes again, and again isn't illogical. Not in a comic book universe. Likewise, the idea that heroes don't kill the villains as a way to prevent this makes perfect sense in that setting. The idea that time is sort of suspended to allow a Japanese Sentai style hero team to combine their vehicles and form their giant robot is part of the natural physics of a Super-Robot Mecha Anime continuum.

They are tropes, but not to the people living in those worlds. To them, it's completely normal. Stop thinking with your post-modern, deconstructing, 'look how clever I am' brain, and try enjoying the fantasy.


I like using known intellectual properties as campaign settings

Sure, I love creating my own universes from scratch, but think about this for a moment: If I have about 15-20 hours tops a week to develop material for an RPG campaign, how much can I get done if I am making up every last NPC, opponent, creature, location, piece of gear, and concept myself?

Now, how much more can I get done in the same allotment of time if some of that work has already been done. All I need to do is develop the material specific to my campaign that I am adding. If the players have a general idea of the layout, and atmosphere of a setting, I am focus on the parts of it that directly impact our game.

I can add heroes, and villains to the DC universe, but I don't have to created Star Labs, or explain what Gotham is like. My Marvel Comics setting probably doesn't need to explain to the players who the Avengers are, or who Galactus is. People are generally familiar enough with Vulcans, Phasers, and Starfleet, so I can direct my energies towards the new worlds, and civilizations the PCs will encounter.

Plus, if I love something I want to explore it, use it, look at it in different ways. A favorite mug is usually the one you use the most, right?

I create universes to explore
I give PCs opportunities and options
I will always listen to a well reasoned idea
I like to include a lot of fast paced action
I allow time for, and reward role-playing
I am out to challenge the players
I penalize overthinking, and wasting time
I expect a lot of investment from the players
I run different genres in different ways

I like using known intellectual properties as campaign settings

If I can do all these things, if I can be allowed to be me, I can create some truly awesome RPG campaigns.

What is it you do?