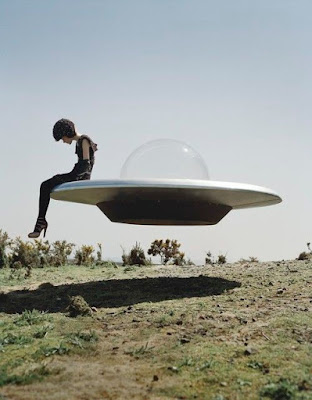 A November Challenge for My Fellow RPG Blogger-ites*!

What, for you, is the Ultimate Game?

Imperfect grammar aside, it's a question I've been asking myself a lot lately. With my 40th Anniversary coming up next year, and my age ever increasing (can we get someone on that please? Thanks), I'm wondering if I've already run my greatest campaign, or is my greatest campaign yet to come? Would I know it if I saw it? What would it consist of?

Now this isn't necessarily the same as my dream game. My dream game would be a game impossible to achieve. It would require conditions, people, and other various elements I not longer have viable access to. It couldn't happen.

An Ultimate Game is, by contrast, possible. It is a game that, if I could meet the appropriate conditions, could be done now, or in the coming months. Not easy perhaps, not guaranteed, but likely enough to make a go at it.

For me it would be Space Opera Science Fiction.

The style of game I'd most like to put together would be an open-universe, sandbox, or storybox in which the PCs start out as low-competence (but not incompetent) galactic adventurers, and can potentially go anywhere and do anything.

Beginning as a Blaster-for-Hire, and ending up a General, or even the Governor of a Planet is not out of the question.

Fast. I want a faster paced game then I've been seeing in the last few years. I want to go back to rewarding action, even if it's social action, and penalizing taking thirty minutes of real time (or more) to decide what to do just because you think your in a 'safe area'. Screw that. I'm going back to dropping asteroids on you if you overthink what's going on.

I would really love to run a game where PCs could come in, and out of the story. This means that not every player must be there for every session (or more accurately, a session can occur even if one or two people can't make it), as well have players with multiple PCs. I've really enjoyed troupe play in the past and I'd like to try it again.

Yes, system is last. Why? Are you new here?

Just teasing. System is last because to me it's the least important element compared to the ones I've already mentioned. It's not 'not important', but it can be figured out later.

My preference would be one in which PCs improve over time, but it happens in small increments over a long period. Alternatively, you might get middle ground competent fast, but becoming really amazing at something takes a long while.


Well, those are my general parameters. What are yours? How doable are they?

Surely not. Right? What about your Ultimate Game? Already happened? In your near future?

I'd love to hear from you.

I need your opinions on an idea I'm playing with...

A little while ago I ran a game with a system I kitbashed out of a variety of different RPGs,

The primary source for the mechanics were the systems Otherkind by Vincent Baker, Ghost/Echo, and other hacks of those rules. While each of those games describes the mechanic their own way, my personal take on the mechanic works like this...
***

Any time you take an action [of any kind] that could be challenged in some way (by opponents, environmental issues, a looming timeline) you role two 6-sided dice.

The goal is what you want your PC to accomplish.

For example: Joe's PC is trying to pick a fancy lock in order to get into a safe.

The risk is what can go wrong when the PC tries to complete their goal.

For example: There is a risk that the burglar alarm will go off.

Failing to achieve the Goal is NOT a risk. If you don't make a the Goal die roll successfully, your action fails. The risk can still happen. How? As follows...

Going back to my example:

Joe's PC rolls with the Goal of picking the lock on a safe, and the risk of setting off an alarm.

Joe rolls 6 on the Goal Die, and 1 on the Risk Die. The safe is open, but the alarm goes off.

Joe rolls 1 on the Goal Die, and 6 on the Risk Die. The safe won't open. Luckily, the attempt doesn't set off the alarm.

Joe rolls 3 on the Goal Die, and 4 on the Risk Die. The safe unlocks, but is stuck. It's going to take a little muscle, and time to pull it open all the way. The alarm makes a loud, short beep, and then dies off. A short circuit? Probably. Well, it's not on now, but someone might have heard that.

Plus, I love the idea of letting the player determine the nature of the Risk involved. I have noticed some players have difficulty coming up with an appropriate Risk, and in those cases I'm happy to help come up with something appropriate, and hopefully entertaining.

n my opinion, and from my experience, this occurs because most players are wrapped up in the idea of pass/fail. They assume/expect/hope that if they don't achieve what they are aspiring to do, well that's it. Situation permitting, the status quo is maintained. If you roll to hit an enemy and miss, you didn't hit your target. They aren't injured. Nothing untoward happens to you the attacker either. The combat continues.

Imagine instead a die mechanic that says you missed, and broke your bow string. Perhaps you hit, but only nicked the opponent. What about hitting your opponent dead on, but you chipped your sword doing so?

I think you all get the idea of the basics. Let's move on to some expanded ideas, and my issue...

Now, if the Goal is healing a injured person you might say, "My PC is a Doctor. Shouldn't I have a better chance of achieving my Goal?"

Should the situation your PC is in be less than optimal, the Gamemaster may add a Drawback Die to the Risk Die. If you were a doctor trying to heal someone in complete darkness, or without the proper equipment, it would likely increase the Risk, or run counter to the Goal.

If a Drawback Die is added to the Risk Die is might look something like this: There is a Risk of the injured person's wound becoming infected. Roll a Risk Die, and a Drawback Die, since the doctor PC is working by moonlight only. The Risk Die comes up 5, but the Drawback comes up 2. While the wound may be patched up, and the injured individual can stand, it seems infection has set in.

Alternatively, the Drawback hampers the Goal. Instead of increasing the chance of Risk, you could have the Drawback Die subtracted from the Goal Die. A roll of 1 on the Drawback Die would still allow for a complete success of the Goal if the Goal Die came up a 6 (5 still totally achieving the Goal). This kind of runs counter to the idea that you want the Goal roll high, and the Risk roll high however.

I want the ability to have comparative level of skill, and the capacity of PCs to improve in order to give the system the ability to run campaigns. That is to say, it is my feeling that for campaigns to go on for a good length of time, PCs should improve their skills and abilities, even if it's slow, and/or marginal.

I can't really figure out a balanced way to do that with this system.

November. Can you believe it?

Tonight I am heading out with a great, big group of friends to see Marvel's newest cinematic entry, Doctor Strange. Between now and then, a busy day indeed.

All things considered, not a bad day.

Now, what does the month of November hold for Barking Alien?

First, I have a game idea I'd like to discuss with everyone. It's unusual in that the idea focuses on finding a way to use an interesting mechanic I can across. I don't normally work this way, but this game mechanic concept intrigued me, so I started building a RPG around it. Thing is, the rules aren't fully formed yet. The mechanic I'm speaking of isn't really a working thing at this time.

Maybe you guys can help?

Next up, more Campaigns I Have Played! I've got some interesting ones lined up, including games not normally addressed on this site. Remember these are ones I've played, so sometimes you're going to see games I would participate in, but not necessarily run myself.

Lastly, as I've recently mentioned, next year I celebrate 40 years of gaming. That's right, 40 years! I want to run something really special to commemorate the event. But what?! Check back as I periodically freak out over it. Wee!

That's all for now. I hope everyone has a fantastic weekend! Happy Birthday to Walter Cronkite (who would have been 100 years old today), and good luck to those running in The New York City Marathon this coming Sunday!

Posted by Adam Dickstein at 12:03 PM No comments: