As with a number of other bloggers, I am not sure how to respond to this.

What makes an RPG 'Intellectual'? Certainly a campaign can be, even a setting I suppose, but then I have seen people use World of Darkness to run what essentially amounts to Emo/Goth Superheroes, and I myself have run a deeply disturbing campaign of Toon*.

Lord Blacksteel at Tower of Zenopus, a good friend to this blog, believes that, at least in part, it is about how the games rules/mechanics/system(s) challenge the minds of the people playing it (player and GM alike I suppose, though his answers seem to stem from a GM point-of-view).

Math and science are intellectual pursuits, so I suppose there is something to his viewpoint, but I can't say I share it.

I just don't think that's what the question is asking. I could be way off of course.

In my mind, it is the approach, the atmosphere, the plots, the subplots, the thoughts, the ideas and the personalities of the GM, the players and their characters that make a game Intellectual.

In an attempt to answer this question (which is, in itself, quite the intellectual quandry it seems), I will use the games that I have put the most thought into, the ones that made us (my players and I) think the most, and those wherein the focus was not on the actions, but the reasons behind them. 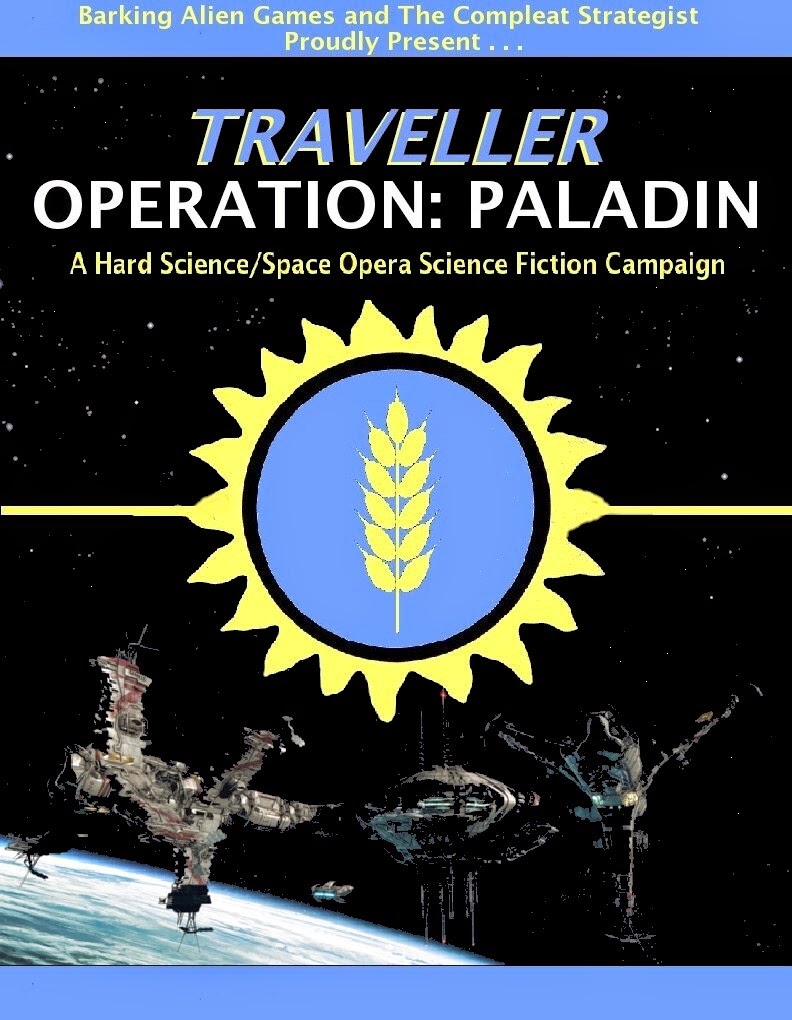 Traveller has always been a game that for me is really about three things: Money, Power, and War. These three elements interact constantly, and knowing which of the three is in play at a given time can determine which of it's companions the PCs will have the opportunity to gain, have the risk of losing, and which should be avoided at all costs.

In between these major motivating factors are hundreds of smaller, more subtle, more insidious motivations. These range from love to hate, dishonor to nobility, and curiousity to unbridled fear. A spectrum of drives, devotions and mindsets runs between and beyond the Money-Power-War trinity.

And there in lies why Traveller is such an 'Intellectual' game for my group and I.

I am currently running Traveller, and our campaign is not the traditional 'murderhobos in space' game. Honestly, I have never used Traveller for that.

Our Traveller is layers upon layers of truths, lies, beliefs, and clashing philosophies. The majority of the action, and even the combat, is fought in wars of words. When someone in the group decides to get into a physical conflict, his reasons, motivations and purpose had better matter. If the rest of the group isn't in agreement with the action guy, he shouldn't expect back-up, and indeed, could potentially end up the enemy.

Perspectives, outlooks, and patterns of thought are everything in Traveller. 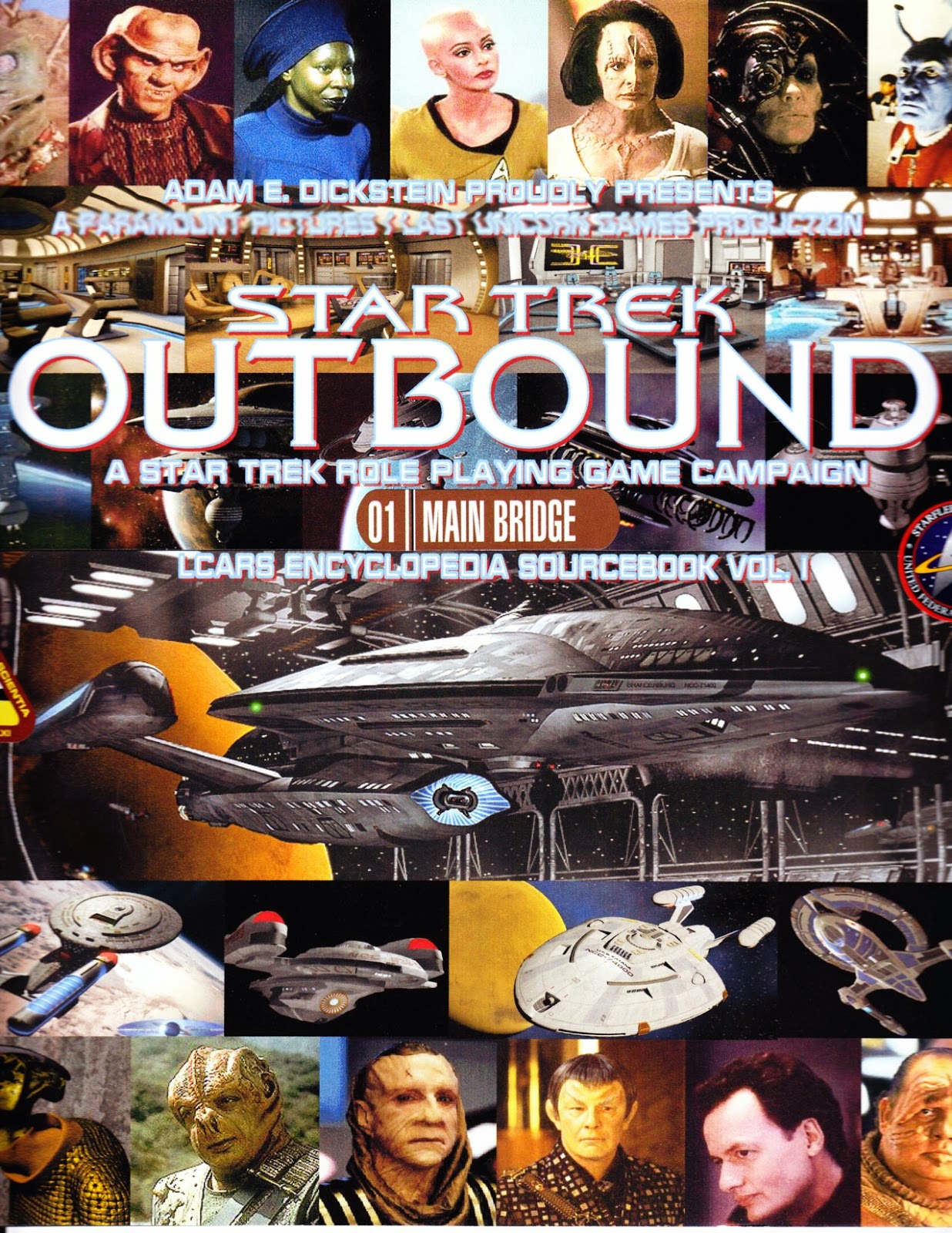 What did J.J. Abrams get wrong in regards to Star Trek (aside from everything)?

He forgot, or ignored, the fact that Star Trek is 'Thinking' Sci-Fi.

No, the people aren't stupid, and neither is its audience.

Much like good episodes of the various TV series, good Star Trek RPG adventures and campaigns are ones that make the PCs, and players, think. It is not just using your head to solve problems. Star Trek gaming is Intellectual gaming because it makes use take a look at ourselves and our society by viewing it through the twisted mirror image of an alien civilization, that is often, not so alien at all.

Is artificial, sentient life, really alive? If it is, does it have individual rights? Is it wrong to interfere with another culture in order to save it from destruction?

These questions, and many other philosophical and moral quandaries like them, are at the heart of Star Trek.

Our version of the post-World War II 'Golden Avenger'
Champion of America, Defender of Freedom, and a real dick.

It will probably come as no surprise to anyone who reads this blog regularly that I like my Superheroes with a dollop of depth thrown into the four-color, over-the-top mix of action and adventure more typical of the genre.

We need not be talking about Watchmen here. The arguments between Magento and Charles Xavier, the maniacal, but often insightful rantings of Batman's enemies, and the very nature of good and evil are discussed in comic book pages all the time.

Playing in my friend William's Champions game, where he really up the intellectual ante by having the villains display philosophical outlooks that challenged our perceptions of the way the world worked, definitely rubbed off on me, and I like to add that sort of thing in myself.

Surely this is possible in any Supers game, but Champions stands out as the game where I've seen it used the most and the best.

* Zoonatics was a Toon campaign I created accidentally, completely on the fly, that weirded out a lot of the players when they began to infer certain elements of the setting. I'll have to tell you guys about it some day.

Posted by Adam Dickstein at 7:14 AM