DC You Maybe, But Not DC Me

I have come to a rather startling realization.

After completing the post on DC Comics' Convergence series (specifically it's finale), and what the finale of that series could potentially mean, I got into no less than three conversations on Facebook on the subject that nearly went 'flame war'.

Much of the fault for the escalation of those arguments being mine.

Sure, I'll make a snarky comment, or discuss why my opinion is my opinion, and I do like a good heated argument about pop culture entertainment, but does it really matter to me so much that DC Comics' universe now isn't the one I grew up with?

Then it hit me...Yes. I care a great deal about the subject of pre-nu52 DC Comics. 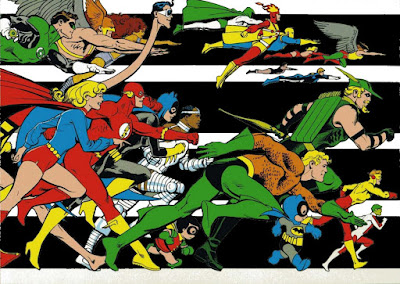 I really, deeply care that Superman has an awful costume now, that the origin of Wonder Woman sucks, that the Golden Age heroes of Earth-2 have been completely revamped, and that there is no Legion of Superheroes comic of any kind.

I miss the old DC Universe. More than ever before in fact. I really loved those characters, that setting, and all the potential for stories, and adventures it represented. 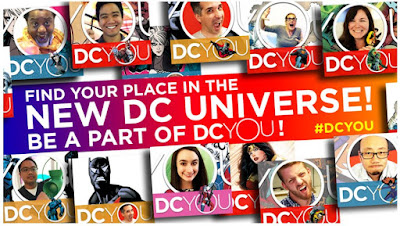 Are You Ready for the New DC Universe?
Um...no.

Following the Convergence series, DC has done a soft reboot of it's milieu. No longer will it be referred to as 'The New 52'. The new name, or at least the name of the PR campaign, is DC You.

The 'New DC Universe' is not really all that new, since it largely continues the stories found in the nu52 incarnation of the setting. Essentially, the nu52 continues, just without the name.

Added to this are a bunch of new series that focus on either new, and/or updated takes on their iconic characters (like Superman, Batman, and Wonder Woman), or brand new books that may be slightly out of continuity (such as Bizarro, Bat-Mite, Batman Beyond, etc.).

One of the tag lines for the marketing of this endeavor is, "Whether you’ve been a DC fans your whole life or whether you’re new to comics—there is a story just for you."

Well...I've looked at all the previews. Practically nothing in there current line up interests me. About the only thing I thought was cool, and it was actually pretty cool, is the new Bizarro series.

Some of their other tag lines for DC You include:

"Are You Ready to Hashtag This?"

No. I'm looking to read.

"Are You Ready to Root for the Bad Guys?"

No. Never. I'm looking for SuperHEROES. Do you have those?

"Are You Ready for the New Awesome?"

Yes. When will you have some?

And what did you do with the previous awesome? How about the old awesome?

I guess DC someone. Definitely not DC me.