I've been apartment hunting for the last few weeks, and it has put a serious damper on my ability to post, my time for thinking about much else, and my mood.

I love my city. New York, NY remains the greatest place on Earth in my opinion, but it is a hard place to live if you aren't making a lot of money. It's not just expensive, it demands you have more than adequate funds for practically every facet of life.

I will endure. Just over the horizon is my home sweet home, my next big pay check, and my happily ever after. I am sure of it.


I know, I need to get back to Superheroes. I know. Just bare with me for a bit longer.

My last post on Science Fiction gaming received more views, and responses than I've gotten in a while. That's interesting to me, and fuels my desire to talk a little more about Science Fiction RPGs.

What I think is really wonderful about gaming in the Science Fiction genre, what I'd really love to run, is...

Have any of you seen the trailers, and related footage for the upcoming video, and computer game No Man's Sky? 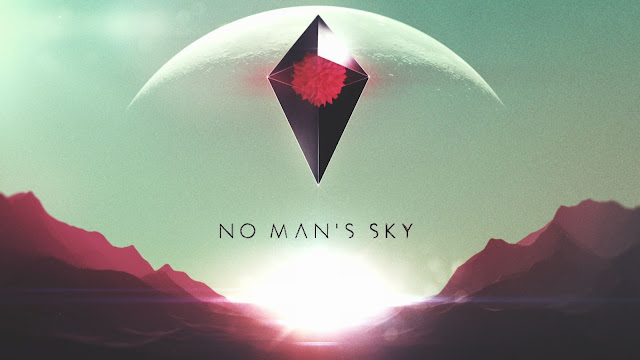 No Man's Sky is an action/adventure Science Fiction game designed for both the PC, and Sony's PlayStation 4. The game consists of an open universe, sand box of procedurally generated planets complete with extraterrestrials animals, terrain, starships, space battles, and more.

The procedurally generated nature of the game, based on recently revealed information from game creator Sean Murray, means that players will be able to explore as many as 18,446,744,073,709,551,616 planets. Yeah, that's not a typo. That's A LOT of frickin worlds.

During his demonstration of No Man's Sky for the E3 Game Convention this year (2015), Sean Murray played through taking off from a planet's surface, and going into space. From a space view map, he was able to pull back the camera, and show the audience the local stellar group. It looked something like this: 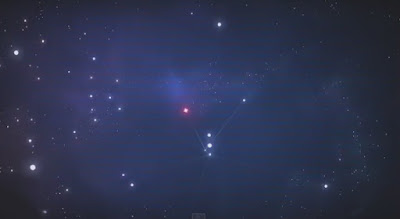 Which then became pulled back a little further to reveal this: 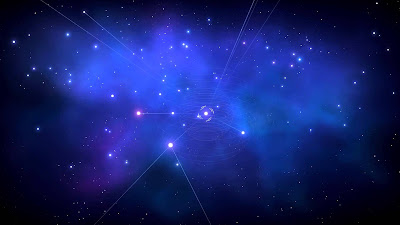 The image above was then followed by this ridiculously fast cascade of stars, nebulas, and void, rushing past like a raging river, a deluge of light and color too vast, and moving too rapidly to fully comprehend.

As noted in my previous post on Science Fiction RPG podcasts, one thing they never seem to do is go into why those who like Sci-Fi games think they're fun. Another thing they don't tend to cover is why you (the player, and Player Character) actually do in a SF RPG.

Questions about the second issue came up a few times during the Play On Target podcast, with Lowell Francis specifically noting that he didn't grok* what PCs do in a Sci-Fi setting.

Let's see if I can't address both of these points simultaneously.


What's So Great About Science Fiction? 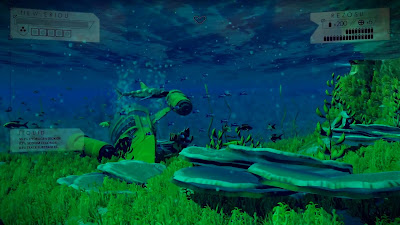 Underwater on the planet of New Eridu
From No Man's Sky


Well, to begin with, at the very core of a Science Fiction RPG for me is a universe of nearly endless possibilities, that must still make relative sense. In truth, it is more an exercise in pushing the boundaries of what constitutes sense based on what we know now.

For example, could life form in a place with no water? Can anything ever really move faster than the speed of light? If genetic engineering eventually enables us to live for hundreds of years, what will it mean to our cultures, and industries from medicine, to cosmetics?

Well...Carl Sagan was among the many scientists who theorized that life could exist in ammonia, or use hydrogen fluoride. Four years ago, an experiment by CERN seemed to indicate the neutrinos may potentially move faster than light. Sadly, the data was discovered to be incorrect, but it resulted in a much greater understanding of particle physics. Who knows what the future might hold in that area? The Transhumanism movement believes we can fundamentally alter the very nature of the Human condition by improving, and enhancing our physical, and mental capabilities through science.

It is this kind of speculation that fuels plots, and Player Character goals in an SF game. What do you want to do? Who do you want to be? How can we do the impossible? What will we become?

Can you explore these ideas in Fantasy? Yes, I guess so, but in what way? Seems to me the answer to all of these questions in Fantasy is 'Magic'. Everything interesting is answered through the word Magic. Much easier, and (IMHO) much less satisfying.


What else is cool about Science Fiction?

Certainly exploring, and expanding the limits of our knowledge, and imagination are fascinating, but sometimes you just want to zap a robot with a ray gun, right? Science Fiction has cool stuff like spaceships, laser guns, anti-gravity vehicles, and thinking machines.

Fantasy Player: "I went on an adventure, and found a +2 Sword!"

Science Fiction Player: "Cool. I went on an adventure, found a component that enabled me to design a hazardous atmosphere, remote drone."

Fantasy Player: "I used my +2 Sword to kill a Goblin."

Science Fiction Player: "Wow. I used my drone to make first contact with a sentient species of methane breathing, gas giant dwelling starfish/squid creatures. They informed me about this unusual hydrocarbon material in their lower atmosphere that we are now trading with them for. I'm rich, famous, and I've developed a group of allies, and enemies who have expanded the campaign setting."

Fantasy Player: "The...the Goblin had 12 copper pieces on it."


OK, personal bias against D&D Fantasy aside, the awesome tech is pretty awesome in a lot of Sci-Fi.


Is it about the tech, or the science?

No, it's not really. Good Science Fiction has all that cool stuff, but it isn't about the cool stuff. Not unless the wild concept, or the fancy gizmo is going to be a major plot element.

Science Fiction is about people, and how people deal with the science, the technology, and the big ideas they find themselves confronting. Star Trek is a perfect example. Star Trek at its best is not a story about warp field anomalies, phaser fights, and transporter accidents. It's the episodes that ask "What does it mean to be Human?", "Should an artificial life form have rights if it proves to be sentient, and self aware?", "If the death of one  innocent person would save the life of millions, do they deserve to die?".


What do I do in a Science Fiction game?

I've listened to a number of podcasts, watched a slew of videos, and read a bunch of articles on Sean Murray, creator of No Man's Sky, and his least favorite question.

"What am I supposed to do in this game?"

If you had a universe, and the means and gear necessary to explore it, what would you do? How can I possibly tell you how to have fun? Do you like exploring, and discovering alien life forms? Yeah? Do that. Don't like that? Well, if you think that's boring, go do something else. Want to get into epic space battles, with starfighters dogfighting between massive capital ships as they hurl blasts back, and forth? Go for it.

Science Fiction, especially open universe, sandbox Science Fiction, isn't about holding the PCs' hands while you guide them from Point A to Point B. More than any other genre, I like to see pro-active players, and PCs, in my SF games.

Where do YOU want to go? What do YOU want to do? Find a way to go there, and a way to do that. This is basically how most of my Traveller games begin. It's how my current one began. It's a challenge, but very rewarding, and creates a much deeper connection between the players, and the game setting, and story.

Something I am no relearning for the first time. ;)


* I found it especially interesting, and humorous, that he used the phrase 'grok' to imply that he didn't quite 'get it' when it comes to Science Fiction gaming, since grok comes from a Science Fiction novel. The term originates in Robert Heinlein's 1961 book, Stranger in a Strange Land.