I Ain't Afraid of No Ghosts

One of the great, long lost, elements of Halloween, oft forgotten in the modern age, is that the holiday was not originally a time to embrace horrors, and cheer for the slasher in gory movies, but quite the opposite.

Essentially, as it was explained to me as a young boy, people dressed up as scary creatures on Halloween to make fun of the real scary creatures, and in some cases trick them into thinking their brethren are already about, and doing naughty things, so that they would go away. That, or the costumes of the people were frightening so as to scare away the actual beasties of darkness.

In his book Halloween, Hallowed Be Thy Name, Reverend Doctor Edward J. Smith offers a religious perspective to the wearing of costumes on All Hallows' Eve, originally called 'guising' (as in disguising ones self). The Reverend suggests that by dressing up as spooky, and nightmarish boogies, people, especially children, are able to poke fun at the Devil, his evil, and the things we fear.

The last sentence in the opening paragraph of the Wikipedia entry on Halloween says,  "the traditional focus of All Hallows' Eve revolves around the theme of using "humor and ridicule to confront the power of death."

So as an advocate of humorous games, this got me to thinking...

We tend to think of the Halloween holiday themed game as a chance to run something really frightening, perhaps with a touch of tragic irony, and who can forget, gore.

Yet according to my research, the proper way to participate in the holiday is to run something humorous (albeit perhaps darkly so). I might even go a step further, and suggest that this might be the best possible way to tackle both genres. 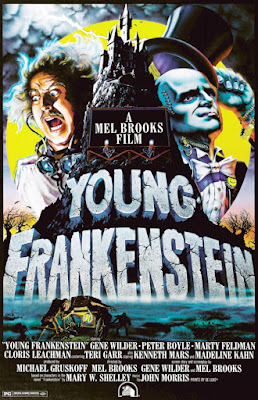 Puttin' on the Ritz


As I and other RPG bloggers have mentioned in the past, both Horror, and Humor share certain challenges to both the GM, and players that make them tricky to run. And yet, combine the two, and I feel like the juxtaposition of their natures works to highlight the strengths of both.

For instance, if you've been chugging along with as a gang of two-bit, underachieving, ne'er do wells, jokingly going from one misadventure after another, and suddenly one of your NPC contacts is found dead, and half eaten...s^%* just got real REALLY fast. This would work in a Medieval Fantasy, or Cyberpunk setting, but imagine It's Always Sunny in Philadelphia with Zombies! Yikes! 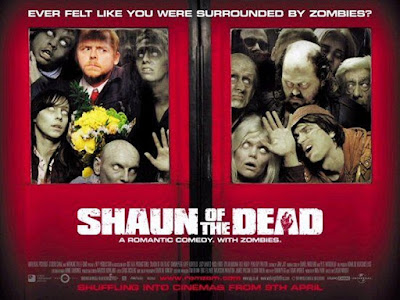 
Likewise, periodic bits of comedy can prevent a Horror, or chilling Crime Thriller from getting too dark, and depressing. The television show Dexter was darkly humorous at times.

Of course, perhaps the best way to create a gestalt of these two genres is to observe the relative absurdity of modern Horror. While I am hesitant to recommend deconstruction of any kind, in the effort to find what's funny about ghosts, the animated dead, and demons coming to steal your soul, look no further than the worst examples of the genre (or the best comedic examples of it). 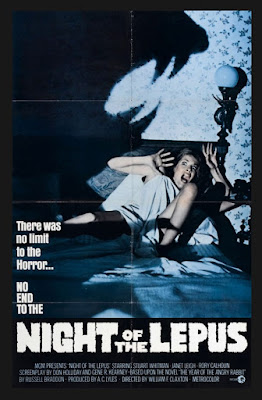 No End To The...Rabbits.
Freakin' rabbits.

In conclusion, if we're supposed to be celebrating All Hallow's Eve by giggling at the devil, and his minions, I say bring out the chips, and dips, roll some dice, and chuckle his candy-arse back to the abyss where it belongs. Have some laughs at evil's expense.