Whew! I've been gaming a lot.

Well, a lot for me in comparison to last year at least.

Most of it has been very fun too, and really, what more can you ask for?

At this point I figured I should update you all on what I'm doing, if for no other reason than to share the joy, and get some new content up on this blog for cripes sake! It's September 18th, and this is only my third post! Sheesh!

Have no fear citizens, a meatier post is forthcoming.


Most of the games I'm in, or running are bi-weekly, or monthly. Only the online Google Hangouts Kapow! Group (the one I am running DC Adventures for right now) meets every week.

Wait. That isn't exactly true. I meet with Dan's Group every Friday night (roughly), but we alternate games.

Following our DC Adventures game, the Google Hangouts Kapow! Group will be doing a DC/Marvel Crossover, and then its back to our Kapow! campaign.

We've had three sessions so far, and everyone seems to be having a great time. I can tell you that I am. This mini-campaign is just my personal love letter to the pre-Crisis on Infinite Earths, Silver/Bronze Age continuity of DC Comics. Getting the chance to do this is awesome, but knowing that my players appreciate the work I've put in is really icing on the cake.

This week will feature the fourth part of our story, and a trip to World War II, and Golden Age DC! In addition to DC's WW II 'War Comics' heroes, such as Sgt. Rock, and Easy Company, G.I. Robot, and Jeb Stuart and The Haunted Tank, we'll get a guest appearance by the Earth-2 Justice Society of America! Woohoo! I can't wait. 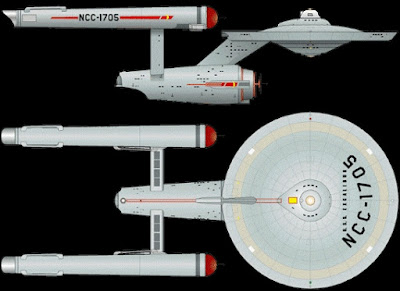 Our new Google Hangouts group completed the adventure 'The Rescue at Xerxes IV' last week, and I must admit, it was really good. A fairly straight forward scenario, it was nonetheless an excellent introduction to the new Star Trek Adventures RPG.

We are going forward with a mini-campaign, which may last no more than one additional adventure scenario, or it may continue onward. Lots of enthusiasm, but no pressure to commit to a tightly scheduled, long term game.

We run this every two weeks, or so at a terribly late hour on Saturdays.

The idea of using the Star Trek Adventures game to run a campaign based on 'The Orville' (which I touched on in my previous post) is one that keeps popping into my head. I am currently trying to rework the character sheets, and obtain as much information about the setting as possible, which isn't easy considering the series has only had two episodes at this point.

The Students of UA High School's Class 1-A


We've had three sessions of American Ultra, my homebrewed spin-off campaign based on the popular Japanese Anime/Manga series, My Hero Academia.

So far it's been really great, with moments of WOW. It's some of the best GMing I've done in a long time, and I have the perfect group of players for it. Everyone, and everything just connects in a way that makes the game a pleasure to run, and the players have told me they love it.

The first two sessions had a nice mix of action, intrigue, humor, and world building. The third was much more focused on character development/role playing, investigation, and was a tad less funny, and action packed, but the players/PCs uncovered a bombshell reveal that had the team 'Holy Crap!'-ing all the way to the end.

I'm pretty proud of that.

Next session is coming soon. 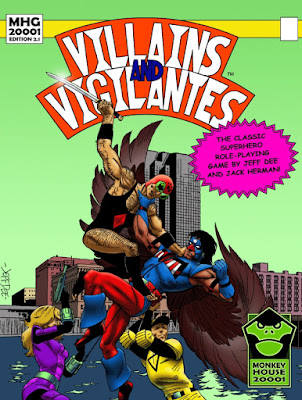 We played a super fun game of that Superhero RPG classic, Villains & Vigilantes last week, and are considering turning it into a campaign.

When I say we, I really mean myself, and two of my buddies. The third participant from our first foray won't be able to make it on a regular basis. Actually, it will be a rare occurrence if he can make it, which is too bad. He was a great guy to game with, and really rounded out the team.

While we had a great time, and I was flooded with nostalgia over the use of the very first Supers game I'd ever run, the loss of the third player and the fact that I am already running two Superhero campaigns has me wondering if this is a missed opportunity to run something else, like a Sci-Fi/Space Adventure game.

This group will also probably meet every two weeks, but I'm kind of running out of free days, and nights, so we'll play it by ear.

Dan's Group meets at my friend Dan's house, and therefore we creatively refer to our entourage as 'Dan's Group'. Currently, Dan isn't GMing our Friday night games. That task is usually handled by my friend Alex, who is running a home-modified Powered by the Apocalypse 'Harry Potter/Hogwarts' game, or myself running...whatever.

Whatever is a catch-all for the various games I start up with the group, run for a couple to several sessions, and then try to figure out what else might work better. Over the past year, or so this has included Ars Magica 3rd Ed., Champions 4th Ed., Marvel Heroic, Star Trek (LUG Version), and a number of others.

The problem is that games with the group never feel quite right to me. While we all get along and share similar interests, our playing and GMing styles are quite different, and even clash on occasion. The group is doing great with Alex's game, but every game I try feels either underwhelming, or annoying.

I've yet to figure out what game works best with this assembly of gamers.

I will keep trying of course.


That's all for now. I have another post coming up very soon on some game ideas that have come to me of late. With any luck I can get this next entry out tonight.

Posted by Adam Dickstein at 5:20 PM