I recently discovered that Japan has its own Kickstarter style crowdfunding site, called Campfire. How did I discover this? Why is it significant?

Well, it just so happens I was doing some research for a possible new Mecha Anime RPG campaign, and I came across a little something that may not mean much to the rest of you, but is of great importance to me... 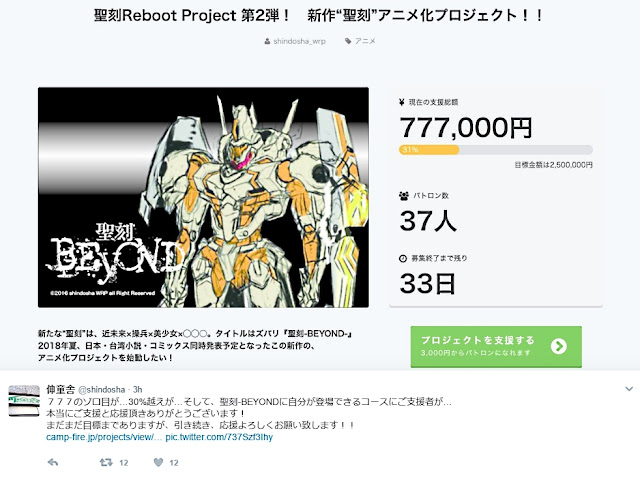 So it would seem!

A company by the name of Shindosha, located outside of Tokyo proper, is trying to gather the fan backing necessary to bring back the epic 'Medieval Fantasy meets Giant Robot' classic in the form of games, replay comics, novels, and most especially an animated feature!

From what I've been able to gather, the main focus is on an animated film, or original video animated series and a series of setting guidebooks, and novels (or novels with a game information section in them - which is a neat idea) for a 'new' setting for the game called 'The Earth of the Sacred Texts', or 'Earth of the Sacred Land' (my translations may be off).

I put 'new' in quotes because if I am not mistaken, some of the previous Wares Blade prose novels do take place in this setting, though it is not the default setting of the game (think old school AD&D. The game itself is based on Greyhawk, but later there were novels set in the worlds of Dragonlance, and The Forgotten Realms). 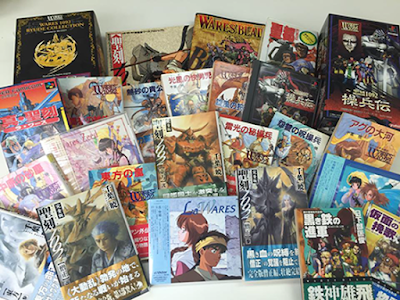 Wares Blade was very popular in Japan at one time,
and well supported with numerous products.


I've talked about Wares Blade a number of times on this blog, and would be totally jazzed to see it resurrected in any form. I am very curious to see what they do with it. Preliminary designs, and concept art look excellent, and I have high hopes that an new edition of the RPG will be available if the crowd funding project is successful. 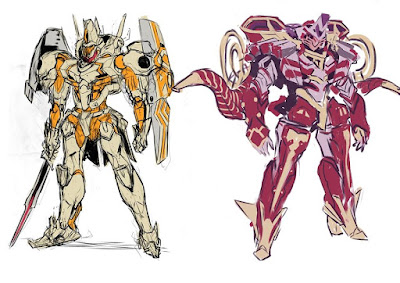 Wow. A new Wares Blade. I can barely wrap my head around it.

A new Mecha campaign by yours truly is now a must.