I haven't been able to follow through on my plans for October.

I wanted to discuss games with a creepy, scary, or generally Halloween-y feel, but my mood this month hasn't leaned in that direction. Sadly, it has also made working on my Unfinished Business, Ghost Story RPG, a very difficult thing to work on. I'm simply not in that headspace.

Instead, I am in space...the final frontier. 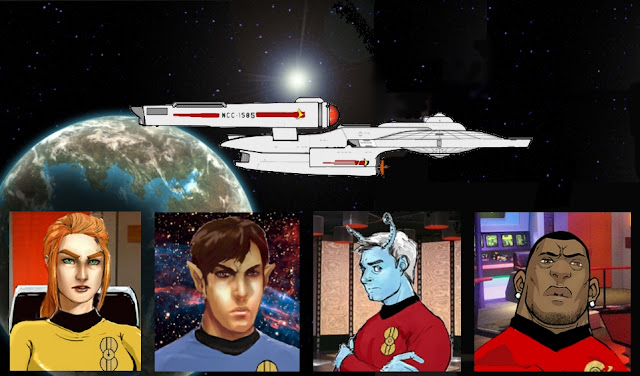 
Three years ago (in October of 2014), I started an on again, off again campaign of Original Series Star Trek using the ICON System from Last Unicorn Games entitled, 'Star Trek: Prosperity'. I ran about a dozen sessions, the final of which was in December of 2015. It was the first part of a two-part (two session) story that featured two additional players, and PCs in conjunction with my four regulars. Unfortunately, schedules changed, things got complicated, and we never got back to it.

A week ago, I finally ran the second half of the adventure. The two players who were added to the mainstay crew would not be joining us again on a regular basis - if ever (one moved, one has a completely incompatible schedule now), so I decided to pull the trigger on that phaser and complete our tale. 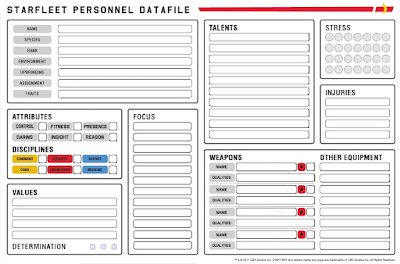 Custom Character Sheet by yours truly.
Part 1 of 2


It went over so well, the group and I have decided to continue the exploits of the USS Prosperity into a second season as it were.

Season Two sees the whole thing converted over to the new Star Trek Adventures 2D20 system. The more I play and run Star Trek Adventures the more I like it, though I definitely feel there are things about it I don't get. Some of the mechanics are a little cumbersome, specifically Extended Tasks, and Reputation.

Additionally, I haven't yet gotten familiar enough with it to remember what all the Talents do, or how they work. This gives me unappealing memories of games like D&D and Pathfinder with their strings of Feats that force you to refer back to the rulebooks to find the rules behind them. I hate having to refer to any books during play as it slows the game down, and I'm not a fan of charts for similar reasons. Hopefully this will change over time. 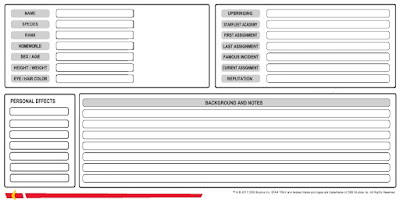 
Right now, there are more positives than negatives, and the first session with the new system went over well with the group. As familiarity increases, so will flow improve, so I have high hopes for our ongoing efforts.

I promised the group that if for some reason this system doesn't work for us, we can go back to LUG/ICON, and I won't drop the campaign out of frustration (which I sometimes do). I like our campaign, the characters, the setting, our ship, and exploring the galaxy TOS style is exactly what I want to do right now. 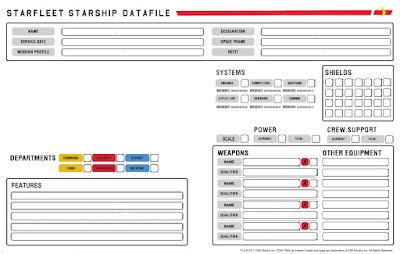 
Any questions, comments, or anything, please feel free to hail us.

One to beam up.