This past week, and weekend, were quite hectic. I have three, or four posts in draft form waiting to be finished, and posted. While working on these posts, preparing for future games, and attending to my Real Life TM, I came to notice that the 16th of May had passed without a proper Barking Alien mention.

I can't let that be the case, so although belated, I want to commemorate the passing of perhaps my biggest inspiration, my greatest hero - Jim Henson. 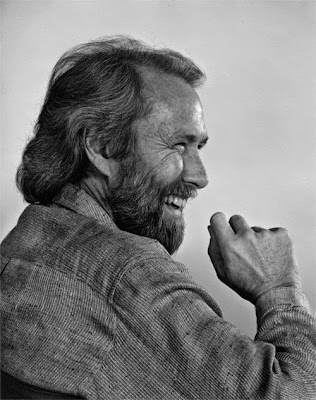 I usually prefer to honor his birthday on this site each year in September rather than note his day of passing in May. I should make it clear that this year is no different. However, it's been a long time since he left us, 25 years now, and it seemed appropriate somehow to remind us all of his outstanding contribution to our collective culture, and our imaginations.

Jim Henson, as much, or more  than anyone else in the history of entertainment, and learning (through Sesame Street), has bestowed upon the world an unending supply of the gift that will never tarnish, never fade, and never go out of style.

Laughter. The third greatest gift you can give someone.


Oh, silly me, I had some good news to deliver as well...

THERE IS A NEW, PRIMETIME MUPPETS TV SERIES
COMING THIS FALL!


*Pant-pant-pant-weeze*
OMG! OMG! OMG!
I'm a touch excited.
Coming this fall season on ABC, the new series, simply titled 'the muppets.', will take my already viewing heavy Tuesday, and truly put it over the edge. I hardly watch television, but for some reason the three or four shows I do watch are all on Tuesday. What the heck is that about?
The series will be done in a mockumentary style, with cuts to one-on-one interviews, and other elements that will give you a behind the scenes look into the character personal lives. It is a more adult take on the Muppets, but not in a risqué way. Instead, it seems like it's more set for primetime, as opposed to being aimed at kids.
Personally, I think this is a great idea, although they'll have to watch that fine line between mature, and too mature for those hoping to see an all ages Muppet show. In my opinion, this will work if they periodically do movies that are more accessible to everyone (like The Muppets, and Muppets Most Wanted).
﻿

I am really looking forward to this, and hope it'll give me some new insight, and material for my Muppets RPG, which I am also eager to get back to working on.

Jim, you done good. Your legacy continues as strong as ever.

Have a Muppet Monday everybody!