May The Wind Be On Our Backs

Posting has been nigh impossible lately as I've been busy with, well, so many things I don't even know where to begin.

Luckily, I have had the time to get some gaming in, including a Star Trek campaign with my alternate group here in NY.

While the gaming schedule for this particular group can be best described as 'haphazard', I am very pleased to say that Star Trek: Prosperity, once merely a hopeful series of one-shots, has indeed blossomed into a true, full-on, Star Trek RPG campaign. 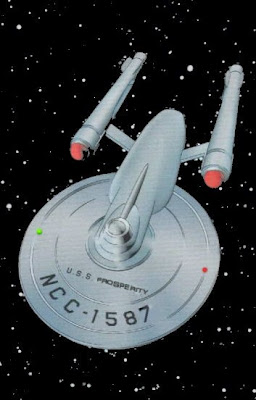 
Furthermore, as we approach the end of the initial story-arch I put together, I let the group know that 'Season One' would close with our next session. I gave them the option of ending the campaign there, and I could run something else, or continuing with these characters, and this campaign for a 'Season Two'.

I am happy to say that the group unanimously voted to continue with the adventures of the USS Prosperity and its crew.

While we had some bumps in the road early on, attributed to differences in playstyles, and expectations, the group and I (as Gamemaster) have gelled well overall, resulting in a game that works, and is fun for everyone.

Now I'm sure that's almost like my saying, "Good gaming group with good game is good", to a lot of people. If the players and GM are on the same page, the game has a likely chance of being enjoyable, and successful. If they aren't, it won't. Duh.

Well, there is a bit more to it than that... 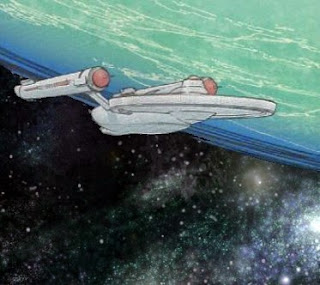 Ship and Planet By John Byrne
Background from NASA

Compromise has been path to success, and in meeting everyone halfway, we discovered something new lying where our journeys met.

Some feel (and with very good reason) that compromise is a dirty word. Campaign design by committee may sound too hippy-dippy for you conservative, OSR types, but I've found it produces some really positive results. In fact, as was the case here, it created a whole new kind of playstyle for a game, and a setting, I've run dozens upon dozens of times before.

I declared at the very beginning of the campaign that the game would be set in the Original Series era of Star Trek, around the end of the first TV show's second season, but before the third (and final) season. The reason for this choice was that the group mostly consisted of older players who, like myself, preferred and were more familiar with TOS, or so I thought.

In addition to giving everyone a pretty clear idea of what kind of technology the PCs would have access to, what uniforms they'd be wearing, the look of the starships, and other spacecraft, etc., the choice of era helped define the overall themes, and pacing of the sessions.

In comparison to The Next Generation, which features a lot more technobabble and problem-solving via staff meetings, the Original Series is more action packed, and deals with 'cowboy diplomacy' in many cases.

What I found (actually what we as a group found) was that many of the players were more familiar with The Next Generation, and post-TNG than expected. In addition, most of them liked the TNG approach, or rather the TNG/DS9 approach, to problem solving.

With the exception of the fellow playing the captain, the group is less inclined to get into battles, whether it be fisticuffs, or phaser fights. While they liked the look, and rough and tumble nature of the Original Series' version of the Star Trek universe, they largely preferred to handle obstacles after thorough investigation, and through the clever use of technology.

The end result has been a campaign with an overall feeling that it's a true hybrid of the sensibilities of both TOS and TNG. The series itself is largely episodic like the Original Series, but each adventure has had a component that connects it to the next. In addition, from the first session to the most recent, the PC's vessel has been carrying representatives of an alien species back to their homeworld.

The aliens in question, representatives of the Dramian people, are not hostile to the Federation, but nor are they allies. They have been suffering through outbursts of a plague on the colony world of Dramia II, and the captain and crew of the Prosperity have offered to help them combat it. In addition to saving lives, it is the captain's hope that our efforts will improve relations between the UFP and Dramia I (aka Dramia, or Dramen Prime).

With the next session, I hope to get to the bottom of the mystery that's been running through the game so far, and deal with the Dramian situation to some sort of conclusion (even if temporary).

After that, well as I stated near the beginning of this post, I guess I get to work planning Season 2.


Sadly, this post took much longer to write, and post then I intended. I am late in noting the passing of yet another Star Trek alum. 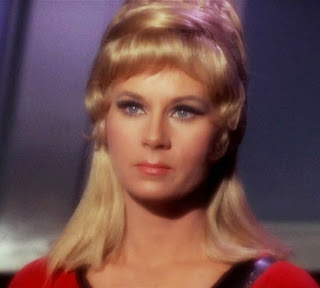 Grace Lee Whitney, who portrayed Yeoman Janice Rand in the original Star Trek series, and several related movies, passed away of natural causes on May 1st, 2015. Ms. Whitney was 85 years of age.