Rough Winds Do Shake The Darling Buds of May 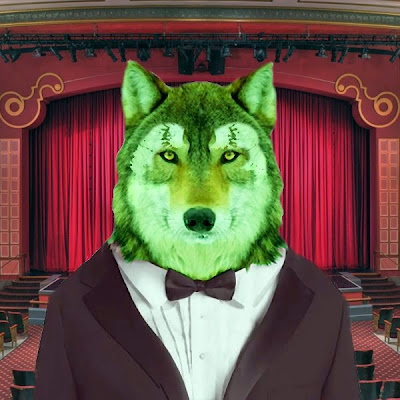 Barkley always dresses up when I use
a Shakespeare quote for a post title.


I've been a bit discouraged, and even bitter of late in regards to the games I've been a part of, with a few exceptions. I want to apologize to the GMs who work hard to make for an entertaining evening of dice slinging, and story-telling.

My frustration comes from my feelings toward my own gaming group, our difficulties in executing a long term campaign beyond our current one, and the RPG campaign I intend to run with them once Traveller - Operation: PALADIN concludes.
Let me be perfectly clear about what I mean.

I love these guys. They're a great bunch of friends, and good, honest, solid Human beings.
Our Traveller game has been fantastic. Seriously one of my best campaigns ever, especially with regard to the depth of character, and personality shown in the PCs. 100% Pure Awesome Sauce.
Anything else we try crashes, and burns.

Now, I'm sure a lot of it is me. I'm the Gamemaster after all, and it's my responsibility to make sure it all works. Not without player assistance mind you, but in the end, a campaign's failure weighs heavily on my brow because I see it as my fault it didn't take. Sometimes the players think it has taken, but I don't like it, or where I can see it going, and I kill it. Again that's on me.

Bottom line is I'm the one who figures out how to make the magic happen, and the one who wonders what I missed, what I could've done better, when the magic doesn't show, or goes away.

It isn't all me either though. I've run many a great campaign over the last 37+ years. I've only had major difficulties in the last five years or so.

A major factor is that there are expectations, opinions, and ideas that each of us have that are so intrinsic to our natures, so ingrained, they can't be explained to others. If they can, perhaps they can not be easily understood. Very often, we aren't even aware that we think the way we do, as we've never had to look at it before.

Superheroes is this for me. I've been reading Superhero comic books since before I could read, watched innumerable cartoons, live-action TV shows, and movies, and tried to use D&D to run an X-Men game before I knew there were Superhero RPGs. I went to art school hoping to become a comic book artist.

I can recommend a list of comics you should read to play in one of my Superhero games, tell you which Superhero RPGs I prefer (I've played practically every one ever made), and I can give my players a 20 page handout on what our campaign will be like...but none of that matters if you don't get Superheroes that way I do.
The conclusion I've come to after pondering this profusely, and looking back on being a popular GM for so many of my friends for so many years is not going to be a popular one. It's one that any sane, creative person (an oxymoron?) will tell you to avoid like the plague.

I fear, in violation of my own instincts, and long years of experience, I have been playing the part of Hollywood, and DC Comics. Emboldened by previous successes, and focused on perceived potential rather than practicality, I have forgone listening to my own advice, and someone has thankfully called me on it.

I came to this mad epiphany this past Friday while texting with my friend, and player Marcus. I can't believe it, but sometimes this dude has amazing insights.

"If you make the game about the game, not the PCs, but about the story, they [the group] are not going to like it."

Our [RPG group's] Traveller campaign works, not because they (the players) made characters for my game, or my story, but rather because I made a story based on their characters.

Every other game we've tried has failed because I am trying to get them to make characters for this game idea I have.

I realized today - No! No, no, no! That's all wrong. That doesn't work for this group. It doesn't work best for a lot of groups. I need to create a story I like based on the characters they make. It's the approach I've taken so many times in the past, but thought that I could get a little more experimental. A little more, dare I say, 'New Jersey Group'.

Now, it must still be a story I like. It must be a genre I enjoy. But as GM, I'm the host, the MC, the person there to entertain them. After all, don't we as GMs feel a rush when our players say what a great game we ran? On the other hand, if we have a ball, but they hated it, and never want to game with us as GM ever again, who suffers? Who wins?

Marcus warned me that, although this may be the key to creating another game as great as the Traveller one, it comes with a price...

"If you do it the other way...if you focus on the PCs first, and everything else second...you might have to deal with self-absorbed PCs."

Marcus is right again, but I feel like I'm going to have to deal with that anyway. It's the nature of many of the players in the group. I might as well get a good game out of it, right?

You see, I've got a few Plumbers in the group.

But that's a bit of business to be told on the 'morrow.

Posted by Adam Dickstein at 9:09 PM