Age of The Pussyfoot 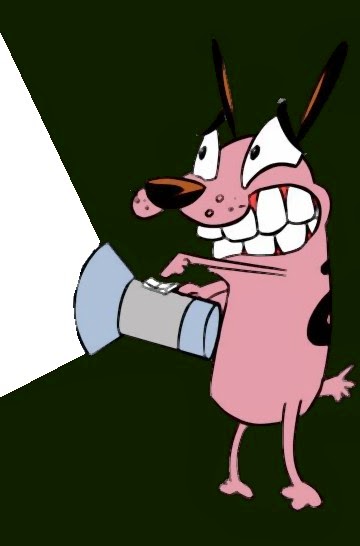 WARNING: The Snark Level on this bad boy is pretty high.
I'm just griping about a pet peeve. Feel free to ignore me.


I had the pleasure of hanging out with a good friend of mine a few evenings back; one who just so happens to be a pretty damn good GM (high praise from me, as those who've read my blog before can attest).

While we hit upon a number of subjects, there was one that I knew I had to talk about here. It's something that's been bugging me for a while and I want to find out if other gamers have experienced the same thing.

In recent years I have been playing with very different groups of gamers than those I'd gamemastered for in the past. It should be noted, I'd played with my old New Jersey group in one form or another for almost 20 years before encountering/assembling the members of my current New York ones.

I've noted repeatedly that there are considerable differences in style, approach, and just over all synergy at times.

This is not to say my current groups aren't fantastic role-players and excellent gamers (not to mention just great people). It is more a question of us not sharing that intrinsic trust and understanding of each other, the kind that develops over time to the point where none of you have to think about it.

In addition, our likes and dislikes, and our (though far from identical) 'Appendix N's* as it were, were much closer to each other in my older groups. We drew inspiration from the same or very similar creative sources.

My newer groups don't always gel as easily, but oh man, they CAN gel. When they do, it's priceless.

The one area where we don't see eye-to-eye that pops up fairly often is in how timid, and often remote, the players are about putting their PCs in physical danger.

When encountering any given situation, I noticed a propensity for players to resort first to long range observation (such as a telescope, using sensors to scan, checking things out with heightened senses), followed by shorter ranged scans, followed by short range - nearly close up - observation, followed eventually by listening at the door. In between each of these 'investigations', the PCs will stop and spend as long as possible discussing the information they obtained from their observations and try to decide what to do about it.

Where and when at all possible, they will launch a probe, send in a droid, or perhaps a henchmen, and otherwise see if they can interact with the gaming environment via remote control. Heaven forbid adventurers, explorers, and superheroes should walk over to the TV and actually press a button to change the channel.

Pure cowardice? Perhaps. But no, it's more than that.

From where I sit, there are several contributing factors here. The major ones are Gary Gygax, Star Trek: The Next Generation, and Computer games.

For a large number of Gamemasters, especially those who call themselves 'Dungeonmasters', the relationship between themselves and the players is adversarial. It's a contest to see who can foil whom the most effectively, over the longest period of time.

This is helped by tales of Gygax himself and those who GMed D&D in its earliest incarnations. According to Gygaxian history and sciences such as ecology, biology, and biodiversity, the entirety of the average D&D setting is a thousand time worse than our homicidal home planet in After Earth**. The setting, the world, is actively out to kill you. The air has spores, treasure chests and furniture might try to eat you, there's likely a Trapper beneath your feet, and a Lurker Above over your head.

Those who grew up on a steady diet of this kind of gaming***, well, no wonder they're so paranoid. If they walk forward through the wrong door or tap the hidden wall panel that releases the spiked, 50 ton ball of rolling doom, or touch practically anything, the character they have grown to care about will die a meaningless, sad death in the bowls of some crazy priest's oversized basement.

It's not like you can just roll up another guy. Oh wait...

Make It So! Eventually.

Star Trek: The Next Generation took away many of the more military elements of the Original Series' universe, making Starfleet seem even less like an armed force. Phasers looked like dustbusters, uniform dress codes were fairly lax, and the flagship of the fleet carried scores of civilians (including children) into the unknown reaches of time warping, doomsday machine having, hostile alien having space. Genius.

However, they did keep true to one of the U.S. Army's most sacred tenets; Hurry Up and Wait.

Whether it's used to give out assignments to see if they can save the day or to see how their day-saving assignments are coming along, there is just nothing like a good board meeting.  The only thing better than working to stave off a catastrophe is getting the chance to sit and overthink how that can be done for a half an hour. Anything to kill the tension, fast paced action, and/or momentum of the story.

The advanced technologies and futuristic setting simply give players more amazing and innovative ways to avoid physically doing very much.

Why beam down to a planet and have to deal with it's annoying natives when you can scan them, blast them, or beam them somewhere without ever having to leave the safety and comfort of your city-in-the-stars. Remember when we had to look at the landing site, talk to people, fist fight a Klingon, or maybe kiss an alien hottie (male or female)? Thank goodness that's over.

Just Farming Until I Get Better Gear.

Much of my frustration with the timid, tentative nature of so many players is aimed at the younger generation I'm afraid. I wish that wasn't the case, but looking at which players I feel overanalyze, and under-commit to action, and which ones think on their feet, and then take their chances, the more I think most of the latter are the older veterans.

This sucks, as it means, in part, that I am becoming the old grognard I have desperately been trying to avoid turning in to.

I blame Video Games. No seriously, I do.

A casual fan of them myself (though not a diehard fanatic by any means), computer, and video games, and especially MMOs, distance the player from the game experience in a way that is both subtle, and very different from the immersion you get in a good table top RPG.

As deeply connected as you can be with your character in some computer games, that fact that you don't create them to the level you do I a pen & paper game, makes them not as much 'yours'. If you think up a background, and a story for your MMO character, that's nice, but it doesn't effect your gameplay. The fluff you fleshed out in your mind have no bearing on your World of Warcraft character's interaction with the NPCs in the game, or the environments you travel to.

A side effect of this is that a fairly large portion of table top gamers who are also computer, and video gamers (and let's face it, that's a lot of people), see the investment in their PCs are either not worth it, or worth it, but then they have to keep them safe. Table top characters don't respawn. You don't get numerous lives. You get one. Best to safeguard it.


***
Normally, my game sessions run a good 8 hours on average. In 8 hours I am used to getting a lot done. I am constantly stunned and confused by people who describe their sessions in terms of a certain number of encounters (usually two or three tops) and a couple of role-playing sequences.

Seriously? Why do you bother? If I ain't getting in at least five role-playing scenes, two or three major plot reveals, two or three moments that progress some of the subplots, and at least two or three small battles with one or two major ones then hell, why did I leave my house to come to the game?

Now some campaigns have less combat by nature, some more or less subplots, but for the most part I am use to players taking in the situations, thinking on it for a few minutes tops, than initiating some course of action. After the action they see if they learned anything additional during the scenario, and if they did, it's time to regroup, plan their next move, and then perform that move, whatever it is. If they didn't learn anything new, take a moment to breath, and figure out how to learn more, or pursue their goals, and interests.

These are games. They are games in which the group playing the game combines their talents to create a work of narrative fiction overseen by die rolls.


For Henson's sake, do something.


* We all know what Appendix N is by now right? Hmmm. May have to update mine.

** When I say, "A thousand time worse than After Earth", I don't mean worse than the actual movie. I don't like D&D, but jeez. After Earth just sucked.

*** Worse, those who continue to do so. Talk about an abusive relationship. I guess everyone gets off on different things. Whatever floats your boat brothers, and sisters.