Prior to this post, I have only mentioned Alien, the 1979 Science Fiction/Horror film directed by Ridley Scott, in blog entries once or twice before. 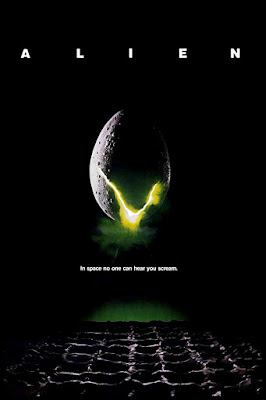 The film, written by Dan O' Bannon, based on a story by himself and Ronald Shusett, was groundbreaking for the time, even if no one involved was wholly aware of it.

The protagonists are an older, more experienced group than you'd typically see in a horror film. They are a crew of blue collar 'Space Truckers', something not really seen in Sci-Fi films prior. These were normal, working class 'Joes' and 'Janes', thrust into an abnormal, and deadly situation. 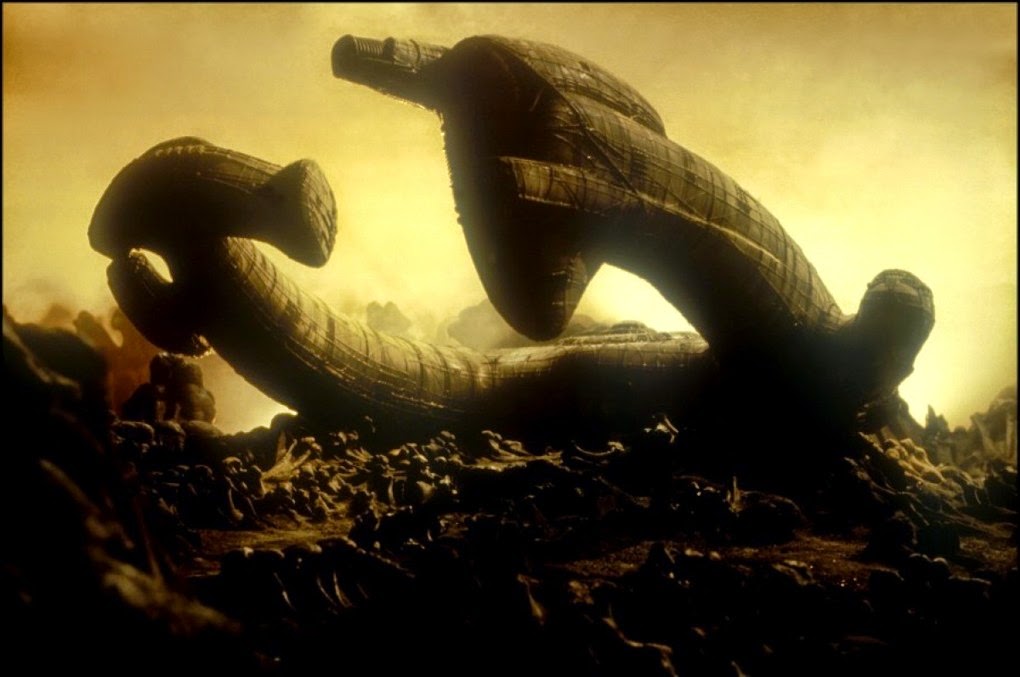 As a kid, I was not all that enamored with Horror films or comics. I was a rather peaceful, even timid lad. I didn't like being afraid (and I still don't). As a result, scary movies, roller-coasters, and other things designed to give you a fright were not my cup of tea.

That said, I did like the creepy, the odd, and the unexplained. Mysterious you see intrigued me. Gore and pointless death did not appeal to me (Nor does it now).

But then there is Alien...

At 10 years old I was not supposed to watch this movie. I had not even heard of it until I went to my grandfather's movie theatre where he worked as manager. I had gone there with my uncle and first cousin. While the adults spoke to each other, my cousin snuck into Alien. I saw him, looked at the films poster, was definitely intrigued, but nonetheless snuck into The Muppet Movie (watching it for around the 3rd or 4th time).

After the film was over, I realized that no one had come to get me. I walked backed out to Pop's office (Pop or Poppi was my maternal Grandfather's nickname), where he told me my uncle had to run back to his office in Manhattan (we were in Brooklyn). My cousin and I were staying at the theatre until either my uncle came back or my Mom came to pick us up and take us back to my place.

My cousin went back in to watch Alien again. This time...I followed.

I spent the majority of that first sit through of the film with my eyes closed or covered by my hands. I couldn't help it. My cousin said the movie took place in outer space, in the future. He it had a neat spaceship. He said it had the coolest looking alien ever. He was right on all counts but damn, if it didn't scare the bejeebers out of me.

If was the first and perhaps the most enjoyable, good scare I ever had. 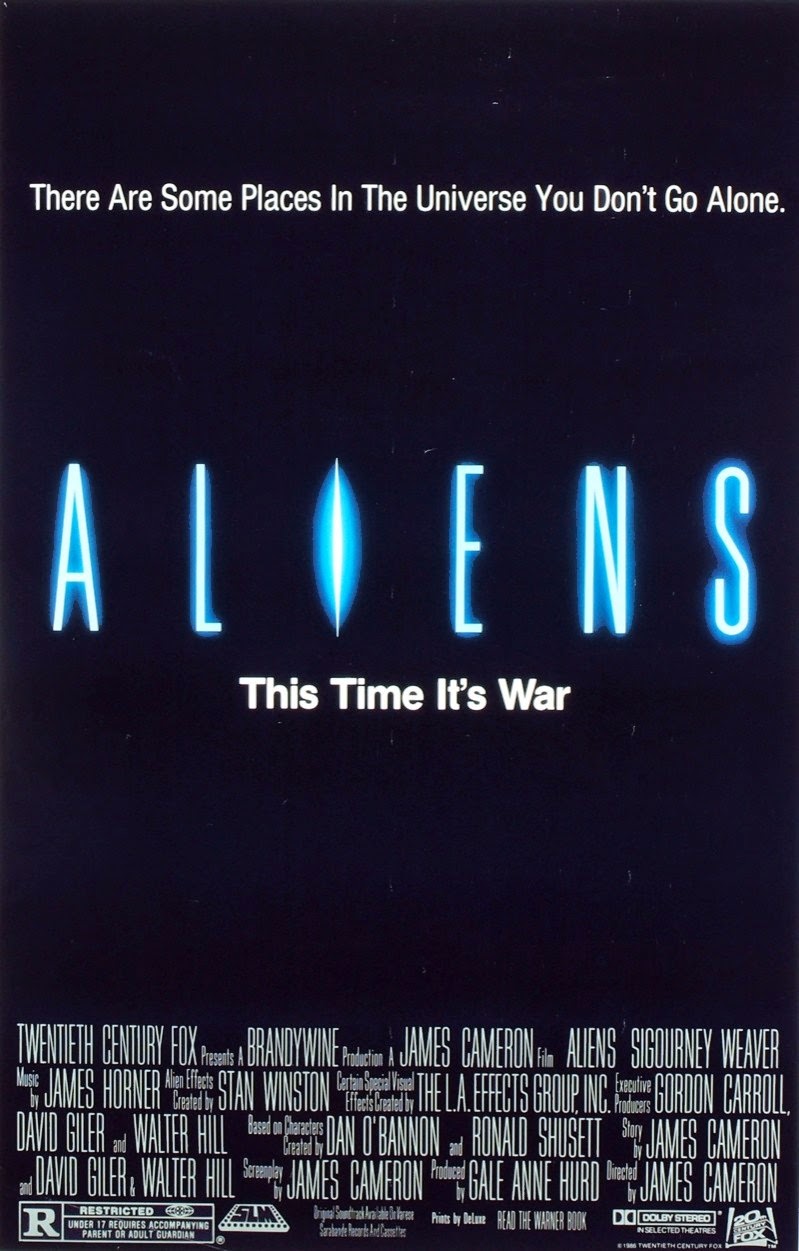 I've now seen the original film at least ten times, and the 1986 sequel, Aliens, at least twice that many times. All the others in the 'series' I've seen at least twice, but I consider them apocryphal. Only the first two films matter to me and believe it or not, they matter to me a lot. 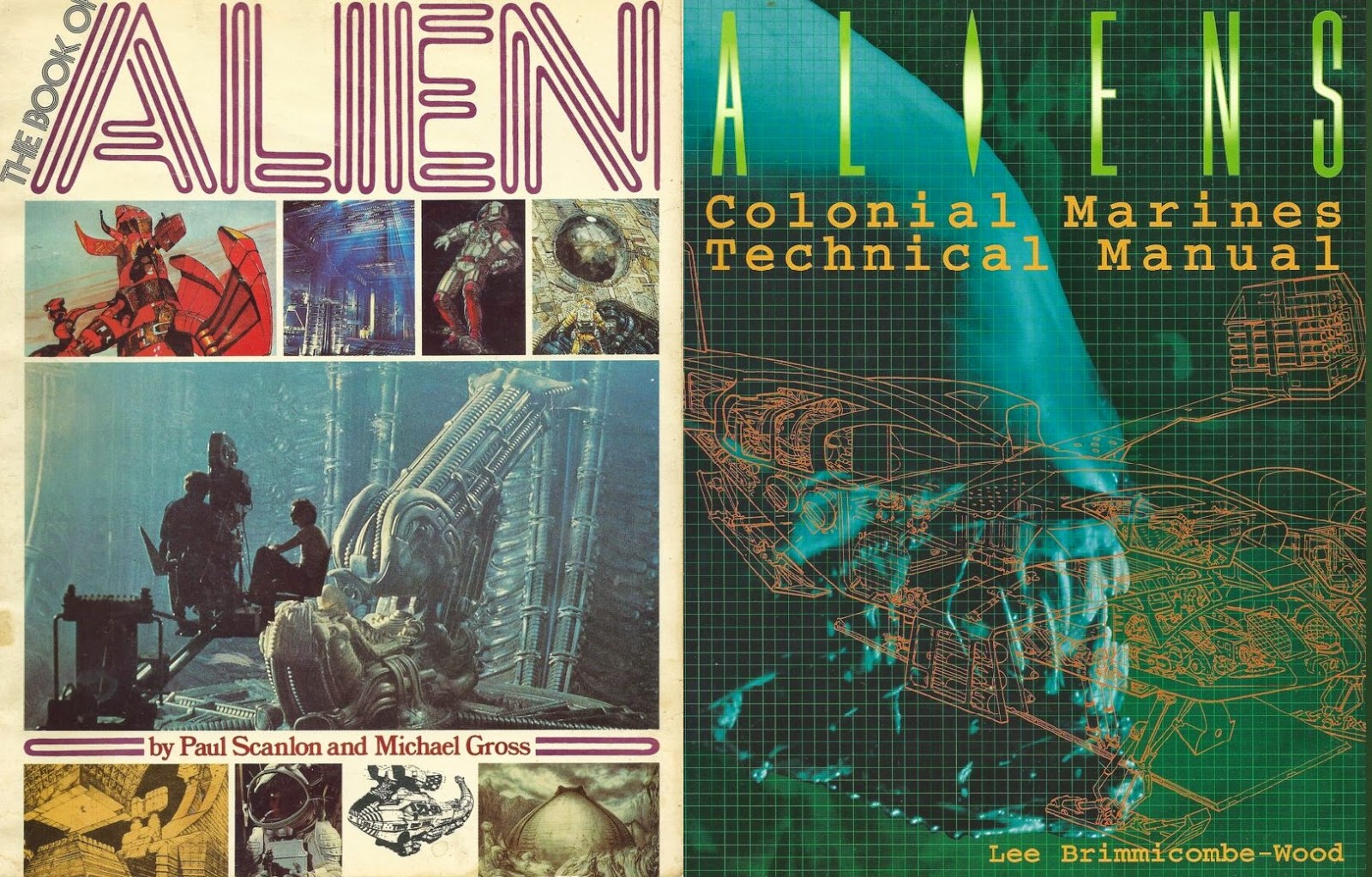 On the left is 'The Book of Alien',
an Art Book/Making of The Movie Softcover.
That is my copy. An original first printing from 1979.

I've only ever gotten to play in the Alien universe once, at a gaming convention in New Jersey around 1995 I believe. It was an excellent session (though I don't remember the specifics of the system) and I remember it had a great story. I really liked my character, an android (Although he preferred the term, 'Artificial Person') named Rook Grey (Grey - Ash / Rook - Bishop) who appears to be setting up the Colonial Marines for a fall only to reveal he was working to save their lives the whole time.

The game gave me a host of ideas. Reading the 'Making Of...' book, 'The Book of Alien', only increased my desire to run something set in that milieu. Over the last 20 years or so I've thought up scenarios, NPCs, ships, and really exciting, nail-biting scenarios for a team of PCs to engage in.

One of my most inspired, but tricky ideas, which keeps nagging at me to give it a try, is to use Dread, the indie Horror RPG which in turn uses Jenga to determine the outcome of situations. Unlike how Dread normally uses the Jenga blocks, I think I have a way to do more with them. While still nearly as deadly as standard Dread, my variant would allow a little more survivability for campaign play purposes, as well as enabling them to use it for skill checks and the like.

If I can work out the details, I will try to post it here on the blog.

I have yet to use any of it. I've not run a game in this setting.

Now, with the release of the computer game Alien - Isolation, and all the incredible concept art that goes with it, I've got the urge again. It's like a throbbing pain, banging at the inside of my...*cough*...my ribs...ack! The need to...run this...so...so...powerful. It's going to burst right out of my... 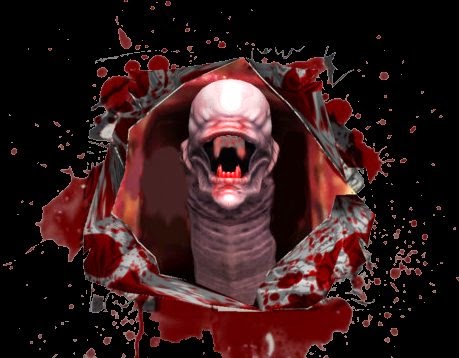 
DISCLAIMER: This is a work of fan appreciation, insomnia, and an overzealous love of RPGs based on TV shows, movies, comic books, and other pop culture media. The creator of this material in no way intends to infringe on the copyrights, and badass legalese of 20th Century Fox, Dan O'Bannon, Ridley Scott, H.R. Giger or anyone else with abominable lawyers, and more money than God.

The same thing to the makers of Dread.

I am not making a dime off this. This is just for fun.