I am in a distraught and confused state. Argh! Argh! I say.

Dave, I blame you.


A few days ago, my buddy Dave and I were having a conversation about gaming, when pretty much out of the blue Dave says he's in the mood to play some Fantasy.

Being the sensitive, understanding, flexible, versatile friend and GM that I am, I didn't kill him.

But it was too late.

He got me thinking.

What Dave said he was really in the mood for was Ars Magica, a game we ran a very short campaign of before it puttered out, and we put it away to possibly be revisited later. He wanted the 'full experience', and said it felt like we really didn't get that from our last go at it. I have to agree.

The main reason that game didn't last was completely my fault; I got bored with it. Now you could say it wasn't completely my fault, and you might have a point, but yeah, it was largely me. I wanted something mythic, fairytale-folklore oriented, and the players turned it into a politics heavy D&D game. I should have realized it was happening early on, and done something to get it back on track, but by the time I accepted how far off the mark it was, it was too late. I was just tired of it.

I entertained Dave's idea anyway, just to see what he had in mind, and how I could perhaps get it right this time around. I'd done it before with my old New York crew, my New Jersey crew, and my ex-wife. Why couldn't I...hmmm. My newer group. Grrr. I'm seeing a pattern.

At the same time, we played with the idea of an Ars Magica variation that I used in the past, but which isn't really how the game is supposed to be played. Instead of the standard 'troupe play' approach, wherein each player has a Magi (Wizard), and a couple of companions, and henchmen characters, Ars Magica can be used in a more traditional way, with each player playing a single PC.

In the latter case, I adjusted the total number of character building points each PCs was constructed with (a bit higher for Custos* and Grogs*, a bit lower for Magi) so that characters felt a bit more even, and balanced.

I've used this approach before as I said, and it worked very well. Am I interested in trying it again? I...well...hmmm. 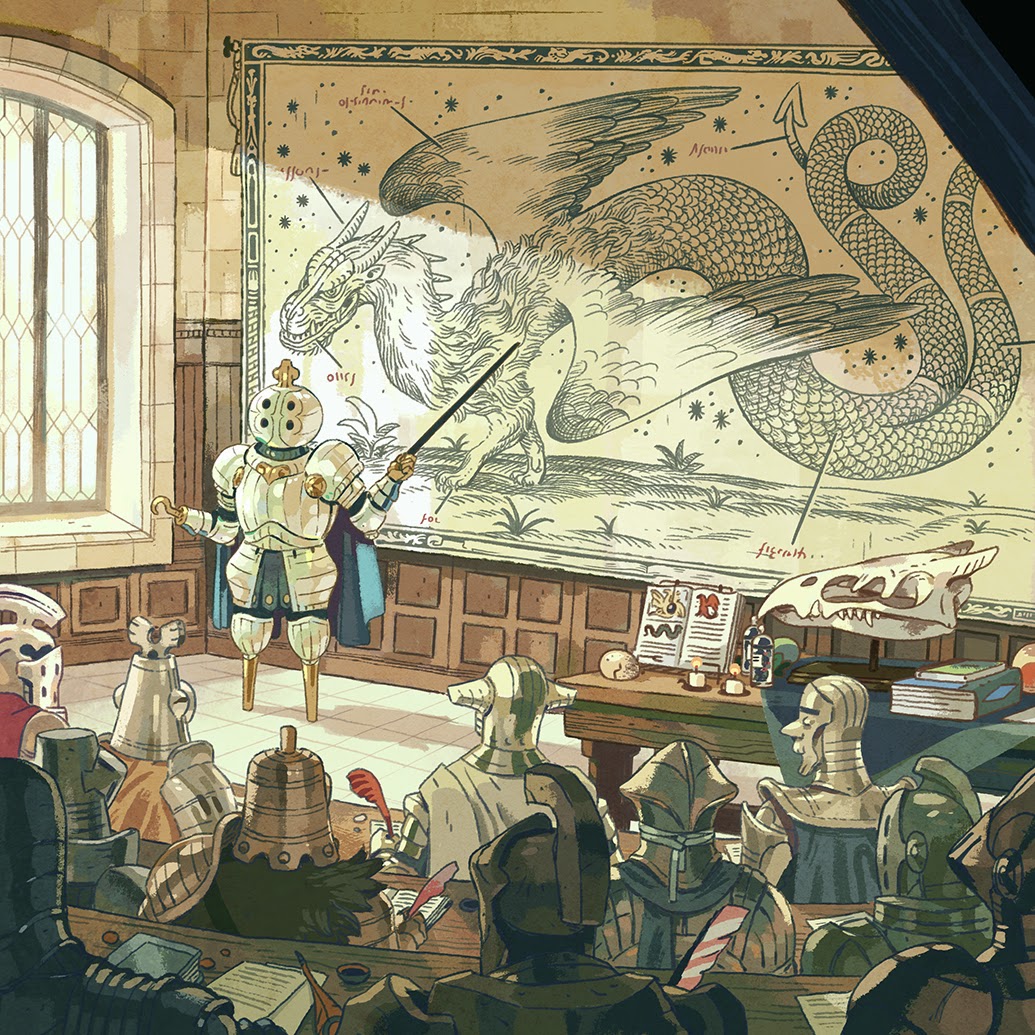 My current group includes the players from the previous campaign, but it's larger, as we've added a few members since that last outing.

I've also being going over the unedited, English language rules for Ryuutama.

Having come across the work of artist Sam Bosma around the same time, I'm very inspired to give this game a try. Bosma's illustrations fit right in with the look of the original game, and reinforce the concept of an initially light hearted fantasy world, that becomes more serious, and deadly, as the PCs travel further, and further from home.

Traveling, the journey itself, is a big part of Ryuutama. It is part of obstacles the PCs need to overcome to survive, and prosper, but it's also connected to the theme and nature of the game.

Like the best young adult fantasy novels (Such as Harry Potter, and The WondLa series), the world of Ryuutama grows, and matures with it's audience, as they transverse their developing campaign world. 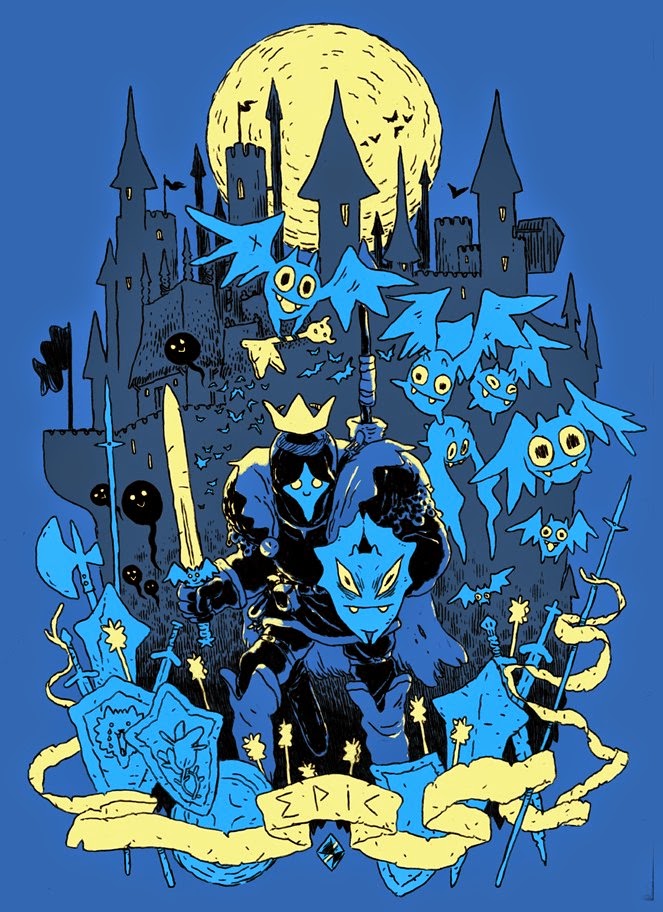 Epic By Valentin Seiche
Fantasy gaming is not generally my cup of tea, unless (and this is a BIG unless) it's a very particular type of Fantasy. A particular type that is, sadly, pretty much a mystery to a lot of players I know.

The majority of people I encounter just aren't as familiar with the kind of fantasy I'm interested in. Maybe they are familiar, and they just don't like it. That's just the way it is. It's a shame for me, but it's really no skin off anyone else's back.

Still...I do like my type of folkloric, mythic, atmospheric fantasy. I think Ars Magica can pull that off. Maybe Ryuutama too. I don't know. I'd like to try. And if Dave is in that mindset as well?