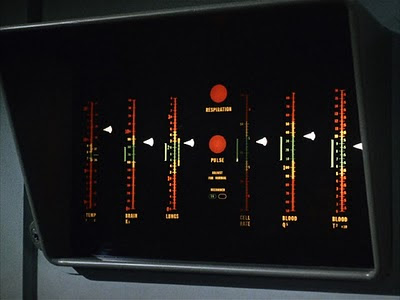 My work day finally ended around 9:30 pm last night and I immediately returned to sickbay (that is, my apartment). I still feel pretty sick but better than I did that first night. I now only feel like crap and not worse than crap! Kudos to me.

I woke this morning to find I know have 72 followers. 72! That's...like a lot for me. My goal of 100 by next Christmas is probably conservative. I'm feeling better already.

I haven't had much time, energy or focus to think about my various gaming projects over the last few days as nearly every iota of my mental and physical fortitude has gone toward trying to feel better. I literally can't afford to take off from work so everything not related to ditching the flu has gone on the back burner.

At the same time, the one idea, concept or whathaveyou that has repeatedly popped into my noggin' at near random intervals is how much I like Space Adventure and how rarely I've gotten to play it in the last few years. Sure there's been a short campaign here and a one shot there but a solid, long term series has eluded me.

Why? I'm not sure. Is it me? Perhaps. I haven't had the time to devout to such an endeavour as is needed for the way I like to run Sci-Fi. I've also been gaming with different groups and needed to adjust my style a bit to accomodate the type of game where we'd all have fun.

Bottom line is I really want to run a good, long term if possible, Star Trek game. I'm going to putting a lot of thought into this before I get started but I want to get started by next month (February).

Before I go, let me know if you're in the New York area for a once or twice a month Star Trek RPG campaign. I've only got two confirmed players and I'd like to see if I can get a few more. Also, I will be attending RECESS this coming Saturday (and maybe, hopefully Sunday) in New York City. Check out NERDNYC for details. Hope to meet you there.

Posted by Adam Dickstein at 9:30 AM