Twice As Thorough Thursdays : THE SECRET LIVES OF GINGERBREAD MEN

I put this post together last Thursday, September 17th. It was meant to be a companion to the previous post, resulting in two Thorough Thursday entries on a single Thursday. Wow!

Then...I forgot to hit publish. I thought I did, but I guess I didn't.

As promised, here is your second helping of Thorough Thursdays for today, which I hope will fill you up until my next post.

It's a taste of something strange, and a bit different, designed to add a little spice to your holiday gaming. Normally I would've waited until December to serve this up, but I intend to focus on Science Fiction, and Space Adventure gaming in the last month of the year. Since this dish has a comedy flavor, I figured why not give it to you now while the thought of it is still piping hot in my mind.

Had enough of the food puns yet?

Our next guest can be seen in a few places all year round, but is really a traditional holiday favorite. Here today with a somewhat non-traditional approach to fun, ladies and gentlemen, and other things please welcome...


The Secret Lives of Gingerbread Men 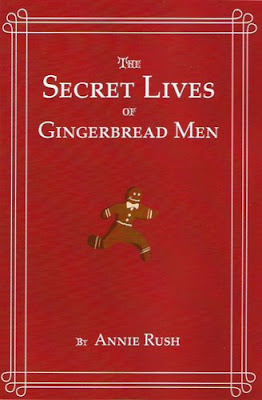 Prior to this post, I have only tagged The Secret Lives of Gingerbread Men, the 2004 independent Role Playing Game designed by Annie Rush, and published by Itesser Ink and Wicked Dead Brewing Company, one time before.

Not only is it wrong because it's a game I am quite fond of, but also because its become something of a holiday tradition for me at the tutoring center where I teach on Sundays.

Before I get into that however, a little background on the game, its origins, and because they are so damn delicious and fun, Gingerbread Men.

I would like to point out that although I will more often than not refer to them as Gingerbread Men, I am a strong advocate of Gingerbread Women, trans-Gingerbread People, and any other incarnation of sexuality, and/or gender in Gingerbread form.

The Gingerbread Man is believed to date back to 15th century, although they became popular in the 16th century. Queen Elizabeth I of England is noted as having used Gingerbread figures as decorations at a party. These early Gingerbread people resembled some of her more noteworthy guests, and were later given to those people as gifts.

The existence of this baking phenomenon inspired the fairy tale which is itself known as The Gingerbread Man, or alternatively The Gingerbread Boy, or Gingerbread Runner. It is also possible that this story was simply a modern (for the time) take on a classic folklore theme of talking, runaway food.

There are a number of variations of the story, though the most well known comes from the first time The Gingerbread Man folk tale was put into print. In 1875 it appeared in St. Nicholas Magazine, a popular American children's magazine of the late 19th century. The story has the newly baked bugger run from the oven of a childless old couple, all the while taunting them with its now well known refrain:

"Run, run as fast as you can!
You can't catch me. I'm the Gingerbread Man!"

Originally the words were different, but over time, and numerous reprints and retellings, it has become the famous lines above.﻿
Now, let's look at the game shall we? On the surface, it is a relatively simple D6 dice pool system, easy to learn, and teach to others. It's the premise is what makes it special, as well as the unique, and dare I say charming nature of character creation. Add in some house rules by yours truly, and you've got a game that's fun for the whole family. And then some. 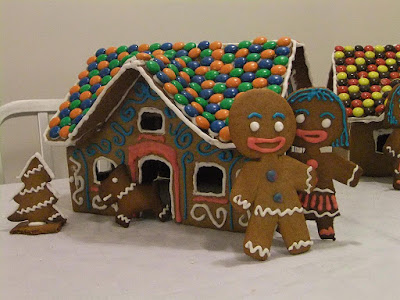 The key element that makes this game special is that, if played by the book (I'll explain what I mean a bit later), characters are generated by making Gingerbread cookies. I crap you not. You bake Gingerbread Men, and Women, and you decorate them in order to create your characters.

The various decorations you put on your cookie determine it's unique abilities, and gimmicks. Gumdrops, M&Ms, Icing, and all other manner of tasty, and colorful add-ons can give your Gingerbread Person powers ranging from Invisibility, to Floating on Water, to Frosting Melting Heat. Many sweets provide weaponry, or equipment, such as the various colors of M&Ms, black licorice for a ladder (or rope in my house rules), or flying around on pretzel rod broomsticks.

I established a different, and greatly expanded, set of guidelines as to what items did what. My original players, a group of students from my Sunday classes at the tutoring center in Brooklyn, demanded a larger, and somewhat more flexible array of items, and confections. For example, in my game the effects of M&Ms are categorized not by their color, but by the type of M&M (Plain/Milk Chocolate, Peanut, Almond, Mint, etc.). Icing and other such decorations provide direct bonuses to defense (like armor), speed, etc.

Combat consists of breaking, mostly in the form of limbs, and your head. While the head is kind of essential (and always the last part to break), limbs can be repaired, and 'healed' to some degree. I expanded on this a bit as well for my game, enabling the sessions to last a bit longer if needed. It's also greatly expanded our collective mythos. Icing, and eggs are a good bandage, but not a permanent fix. Finding batter and re-baking the injured area is the key, but it takes time. 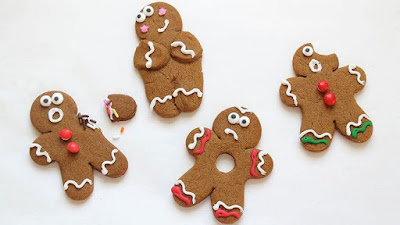 
One of the biggest differences between the games I've run with this RPG so far, and the game as written, is that I haven't used actual Gingerbread Men, as is suggested, and recommended in the rulebook. In all honesty, I would love to have done it that way, even preferred it to be sure! Unfortunately I didn't, and couldn't for very practical reasons.

As I've stated, I've mostly run the game with students at the tutoring center where I work part-time. Without access to a kitchen, kids with possible allergies (although I don't think we actually have any of those), and all that sort of thing, an alternative form of character creation was developed.

Using either paper, or the dry erase board at the tutoring center, we drew out the shape of Gingerbread Men, and Women, colored them in, and then drew on, glued, or otherwise attached the decorations. In our home version of the game, Chocolate Chip Cookies (the crunchy kind) are used as Shields, and Candy Canes serve as a hooked staff, useful as a tool for climbing, or pulling, as well as acting as a weapon when needed. If drawing your Gingerbread People on paper, consider attaching the items with removable double-sided tape, or simple weak tape folded over on itself. This makes the items easily removable if you should lose your Shield, or need to give your Staff to an ally.

Lastly (as I could really go on, and on with another post this size on cool ideas for this game), there is the matter of the 'Secrets'.

Yes, every Gingerbread Person has a secret, and they give the game a bit more depth, even if the secrets are often downright ridiculous. They could be anything.

You're secretly in love with the Angel at the top of the Christmas Tree. You must tell her before she, and the tree are taken down this year.

After the Holiday, one cookie is covered in a glaze, and can no longer be eaten. It has the honor of adorning the tree as a decoration the following year. You must be that cookie! No matter what...

So this is just a taste (HA!) of the awesome that is The Secret Lives of Gingerbread Men. I have a session of it planned for this coming December, and a second one with another group possible around the same time. If anyone is interested (or if it's so much fun I can't help myself) I'll post play reports afterward.

Check it out for yourself, and if you have kids, consider letting them in on the action.