I Am No One

A couple of the players in the newly revised Barking Alien Gaming Group have been having some difficulty when it comes to character generation for the Star Wars Traveller campaign I'm developing . For one in particular, it's been a real dilemma.

It seems they are finding it hard to match the Career options with their vision of their character. Well, at least in regards to creating a Scavenger, like Rey in The Force Awakens. 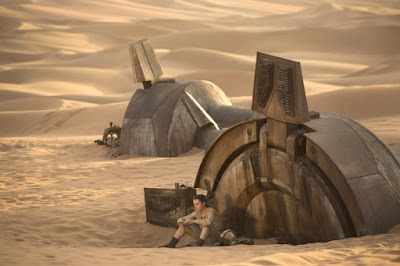 Nothing like kicking your feet up,
and having a nice outdoor lunch.

Rey, and the numerous other denizens of the Starship Graveyard on Jakku come from a long, and honored history of Star Wars Scavengers, including my personal favorites, Jawas. 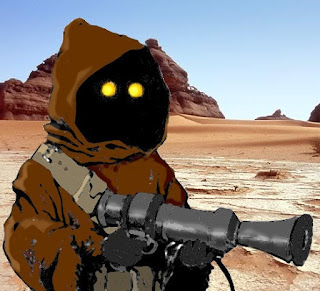 The problem appeared to be connected to how they were building a Scavenger. Instead of using the Scavenger Career, they would use a variety of different approaches, different careers, to try and simulate what a 'Scavenger' would be.

Then it struck me...

I thought it was in the original 'Alien Module' Vargr book, but in truth my friend Jim created it himself about 25 years ago, for one of the first Traveller campaigns I was ever in. He must have given me a copy at some point because I know for a fact I've run games with PC Scavengers in them.

I lost the notes over the years, but I emailed Jim and he gave me the Career information. I have modified it to fit Star Wars, although it's really very close to the original.

Honestly, I'm not sure I ever knew it wasn't an official class. When Jim gave it to me originally, I probably thought it was a copy of something in one of the Traveller products, or perhaps from a magazine article.  After 25 years, I'm not certain, but I was positive it was from somewhere.

So sorry guys! Thanks Jim. 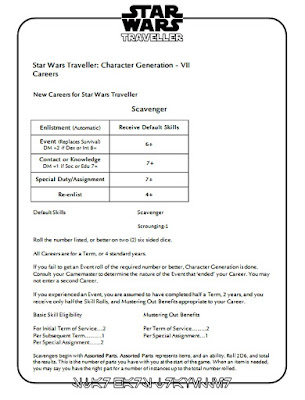 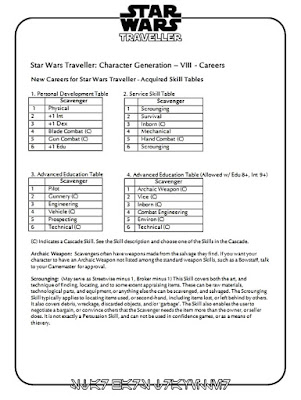 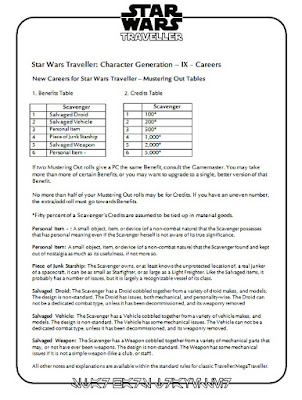