There has been an awakening. Have you felt it?
I sure have.

May The Spoilers Be With You 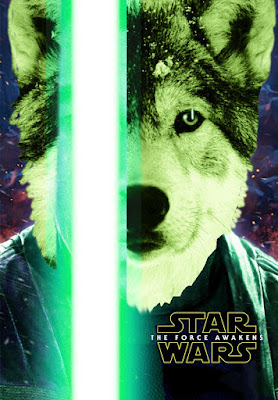 
Greetings one, and all! Welcome back to Barking Alien, and a very Happy New Year 2016 to everyone!

I took a break from posting at the end of last year in preparation for, and immediately following, my viewing of the new Star Wars film, The Force Awakens.

Having seen the movie twice now, I want to share my thoughts about it, but almost more importantly to me, what the movie means to my future outlook on gaming.

Star Wars is a franchise that, with one exception*, all my friends mutually enjoy, and find to be an exciting, and fun setting in which to run a role playing game. Be it a one shot, or a campaign, it's usually not difficult to get people to play Star Wars.

The prequel films, The Phantom Menace, Attack of the Clones, and Revenge of the Sith, put a damper on enthusiasm for the IP, but many true believers never lost faith. They were rewarded for their dedication with an excellent cartoon series in the form of Clone Wars, to be followed by an equally amazing CGI animated Clone Wars program. Going further forward, the follow up CGI series, Star Wars Rebels, had a weak start, but in this viewer's opinion quickly came into its own to become a wonderful new addition to the Star Wars universe.

In addition, the franchise was well supported in the role playing game market by Wizards of the Coast, followed not long after by Fantasy Flight Games. While neither company made the game I wanted to run, and play, they certainly contributed to keeping Star Wars alive**.

As I've mentioned before, I came to this new movie with great trepidation. I did not like the prequels one bit. Furthermore, I find J.J. Abrams to be a poor director, and storyteller. Early on, back when The Force Awakens was first announced, I was pretty certain (and pretty sad) that it would be awful.

I am happy to say I was wrong, and pleasantly surprised by how much I liked it. 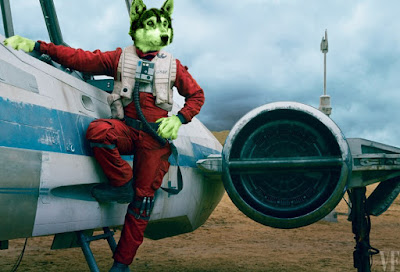 I enjoyed this new movie because it did the one thing that the prequels, and much of the expanded universe novels, comics, and RPG materials often failed to do, and that is...Feel like Star Wars.

The Force Awakens gets what Star Wars is.

Gone are midichlorians, intricate politics, unclear enemies, and kids who can't act. Instead, we have both young, and old adult characters, a clear-cut, fascist regime led by a power mad General, a Magical Black Knight, and an evil Wizard-Priest, and a weapon powered by a Sun!

Feh. Spaceships zoom as easily in an atmosphere as they do through the stars. Aliens come in all shapes, colors, and sizes. Guns shoot bolts of light and go pew, pew!

Feh. There is a good government, and a bad one.

Feh. The bad guys? Faceless armored goons, led by a spooky, mystical fellow with a fiery sword who answers to an even spookier mystical fellow. Done.

For me, the keys to Star Wars are:


This film, unlike the prequels, nails all that down.

Now, for some it hits the nail a bit too squarely on the head. A number of people, including a couple buddies of mine, were disappointed by The Force Awakens, feeling it was far too similar to the first film, A New Hope.

I can't really argue against that assessment. The new movie is very much a homage to the original, and many of the plot elements, themes, and story beats are virtually identical. However, it is an excellent homage. In addition (although my friends may disagree) I think it brings in a few new ideas we haven't seen before. In fact, it brings with it a sense of nuance that doesn't defy what I said above, but rather enhances it.

We see a Faceless Minion of Evil become neither evil, a minion, nor faceless.

We get a sense that the Magical Black Knight is a natural with magic (The Force in this case), but his 'knight' skills could use some work.

The Magical Black Knight is tempted by goodness. That's certainly a bit different.

The oft mentioned 'Space Pirates', a staple of Space Opera adventure stories, are rarely if ever actually seen. In this film we see Space Pirates. Two groups.

And there's more...did I mention the diversity? No? 'Cause one of the major new characters is a woman, and another is Black man, and both are freakin' awesome.!

It's not just the main characters either. Look around this new Star Wars universe, and you will see men and women of varying ethnicities. It's about time too! 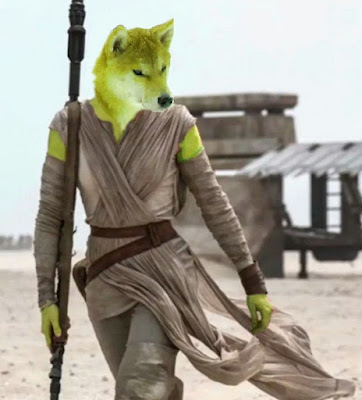 Bay on Jakku.
It is too.


What does this all lead up to you're wondering. A good question, and one I've asked myself repeatedly over the holiday 'break'***.

Then it came to me.

With a single individual* aside, my mainstay group of players are up for some Star Wars gaming. However, I've long since known that they like a little more crunch, and mechanics in their games then I do. I'm not sure Star Wars D6, a game I know and love dearly, will feel right to them. In addition, I know of a Science Fiction game they already like so much they are willing to start a new campaign of it right after ending a three year long one with the same system.

This got me thinking...new Star Wars film...new year...new approach and attitude...but just like The Force Awakens, a sense of the familiar. A reach back to the nostalgia of my old games, a leap forward to embracing a new era with my current group. 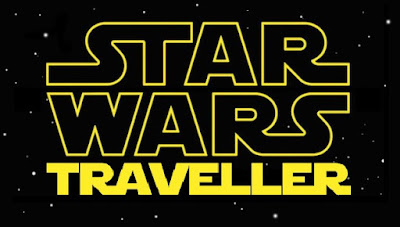 
May The Force Be With you,


* I have one close friend, a member of my Barking Alien Gaming Group who at the age of 30something, has only seen the original Star Wars film once. He has seen none other the others, nor any other Star Wars related animated series, comic, or game. I'm serious. He is a geek through-and-through, yet he does not know Star Wars.

** And yet...Elements of the original West End Games Star Wars D6 RPG have found their way into the prequels, many of the books, and the animated series. The second season episode of Star Wars Rebels entitled 'Wings of the Master' is literally the WEG Star Wars adventure module 'Strike Force Shantipole'.

How come none of the other incarnations of Star Wars tabletop gaming have added material to the mythos of the franchise in the same fashion? I have a number of theories of course, but in the end it boils down to what I discussed above. West End Games 'got it' more than any of the others. They just understood Star Wars better.

***Yeah, no. I did not actually take a break, or get a vacation of any kind. I did have a number of really light work days however as my clients were all on vacation, and one moved away. Between Christmas Day and New Years Day, things have been very quiet on the business end, affording me more time to game.

A silver lining if ever there was one.